November 9, 2005
This New York Times article brings the tips on what to watch out for when buying organic milk. For example, while organic means that the cows weren't fed synthetic growth hormones, antibiotics or...
Toxic Chemicals
PFAS Chemicals
Cookware & Food Containers 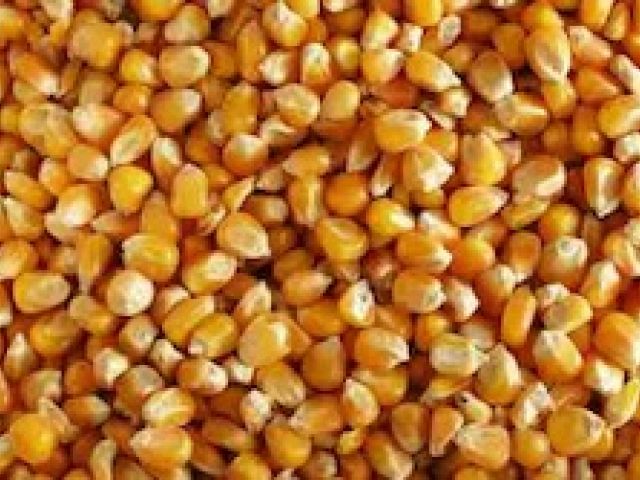 November 16, 2011
If you wanted an object lesson in how broken food politics are in America, you couldn't do better than to read how farm lobbyists, teamed up with big food companies and malleable friends in both... 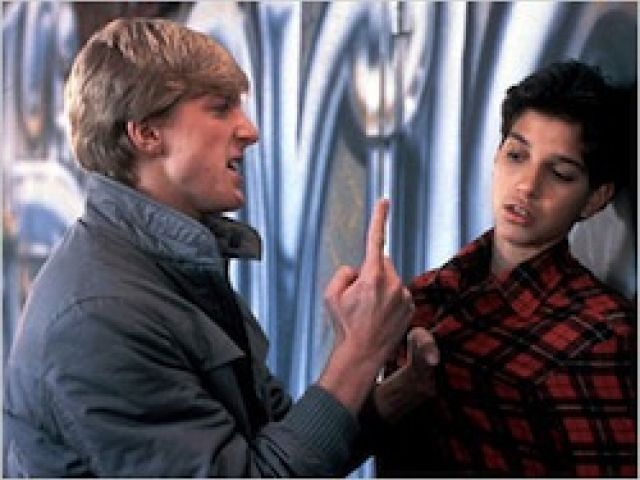 9 out of 10 Americans support labeling

The Not So Secret Farm Bill

November 8, 2011
It's been two weeks since EWG president Ken Cook first sounded the alarm that a “secret” farm bill was in the works. He called out the industrial agriculture lobby and a handful of their powerful... 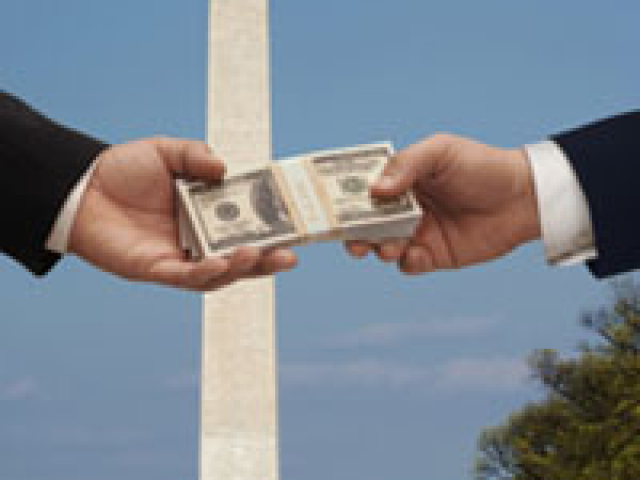 Secret Farm Bill Should Focus on Healthy Food and Jobs 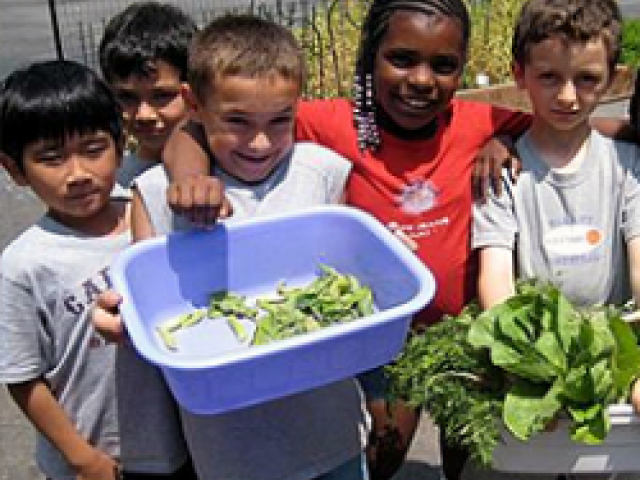 October 24, 2011
Chensheng (Alex) Lu, Associate Professor of Environmental Exposure Biology at Harvard School of Public Health has advised parents and caregivers to use the Shopper's Guide to "keep nutritional foods... 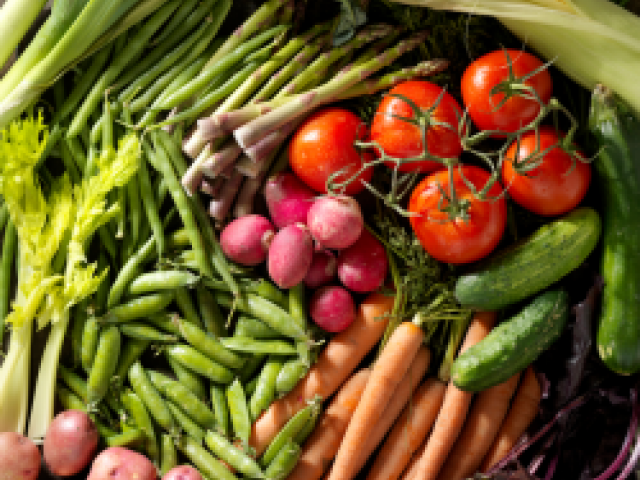 August 31, 2011
Childhood obesity rates in the U.S. are at an all-time high, while the quality of our children's food has reached a new low.
Farming & Agriculture
Conservation
Food & Water
Food
Food 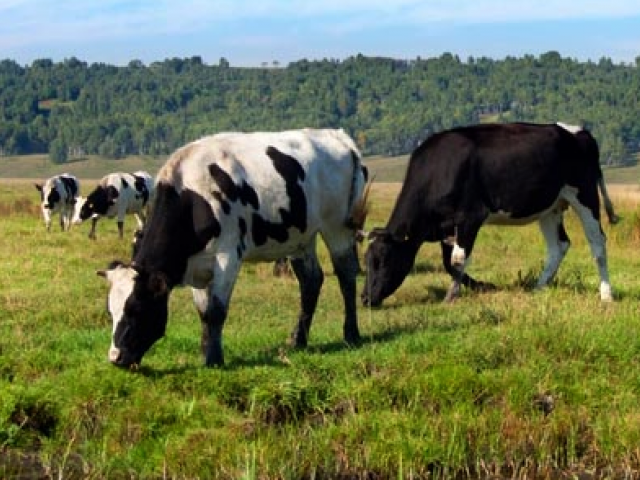 June 2, 2011
In nearly two decades of research and advocacy on pesticides and human health, Environmental Working Group has never before seen the produce industry take a high-profile role in debates over pesticide... 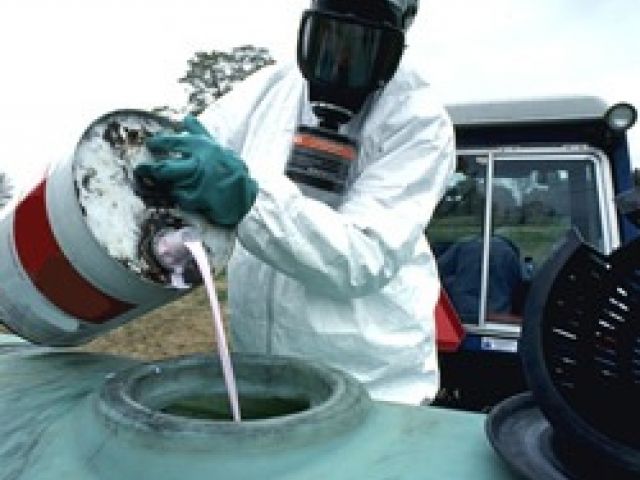 In 2014, Vermont became the first state to pass a standalone mandatory GMO labeling law, which will go into effect July 2016. Connecticut and Maine have also passed GMO labeling laws that will go into effect once neighboring states pass similar laws. Over 30 states have introduced similar GMO labeling legislation in the past three years. In response to these state efforts, legislation intended to preempt mandatory labeling at the state and federal level – dubbed the Deny Americans the Right to Know, or DARK, Act - was passed by the House of Representatives in July 2015. Similar legislation was defeated in the Senate in March 2016. On July 7, 2016, the Senate passed compromise legislation introduced by Senators Debbie Stabenow (D-Mich.) and Pat Roberts (R-Kan.) that would preempt state labeling laws but create a national, mandatory GMO labeling standard for all GMO foods.
Farming & Agriculture
Subsidies

September 23, 2010
Mexico and the United States have a lot more in common than a border. Their agricultural and rural policies have strikingly similar flaws–and present parallel opportunities for reform and... 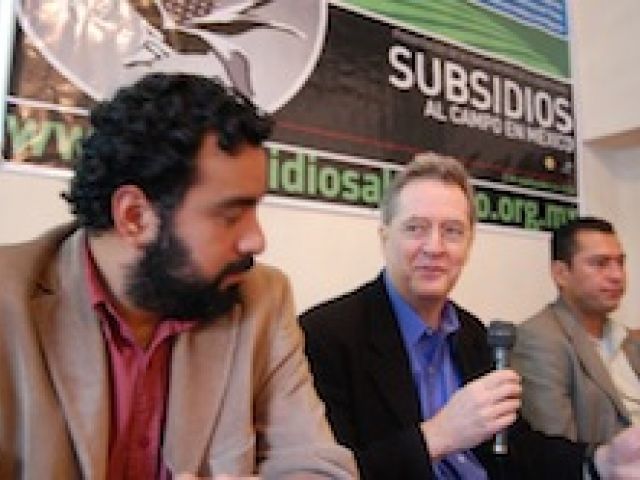 "We've Made the Unhealthy Choice the Rational Choice"

September 20, 2010
A big reason that food products derived from corn are so pervasive in America's diet today is that for decades taxpayers have given corn growers incentives to grow as much as possible through the... 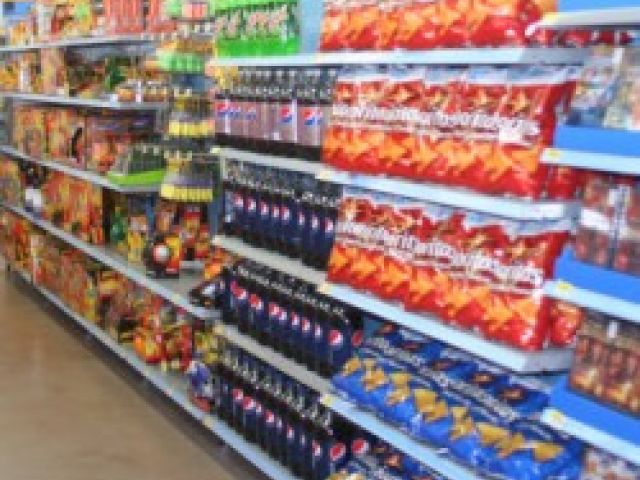 September 5, 2010
Discussions in Congress on reforming America's broken food and farm policy in the next farm bill have already begun. Lots of voices are chiming in from the pro-food and sustainable agriculture circles... 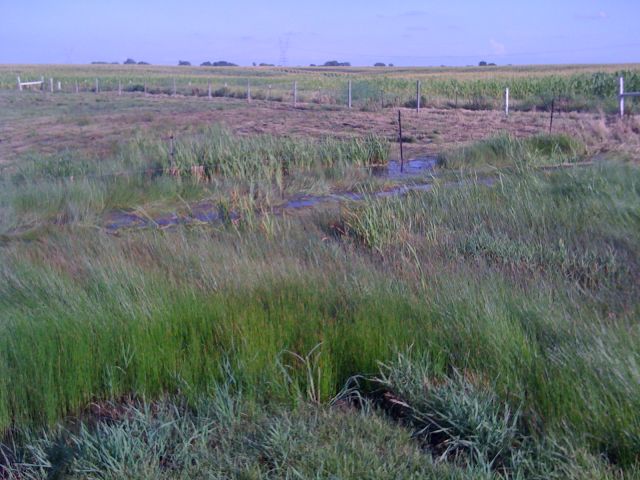 August 12, 2010
In the months since we spoke with Chef Ann Cooper about her school lunch project, she's been crafting a new plan to get healthy foods into the mouths of America's kids. 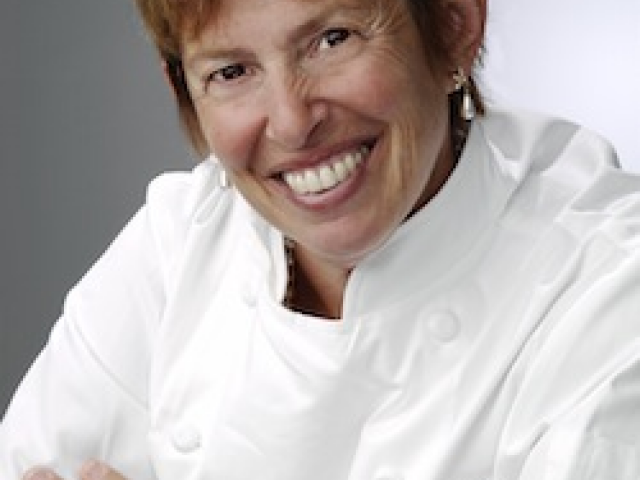 July 15, 2010
As AgMag noted the other day, Massachusetts has decided to rewrite its rules for renewable energy to exclude electric-only power plants that would burn biomass, often in the form of whole trees. Ian A... 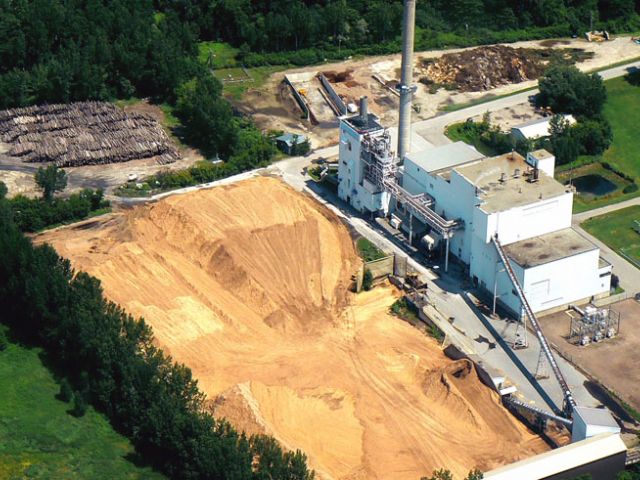 July 9, 2010
In a sharp about-face, Massachusetts officials have decided that biomass-fueled, electric-only power plants do not qualify as renewable energy sources because of the growing awareness that these... 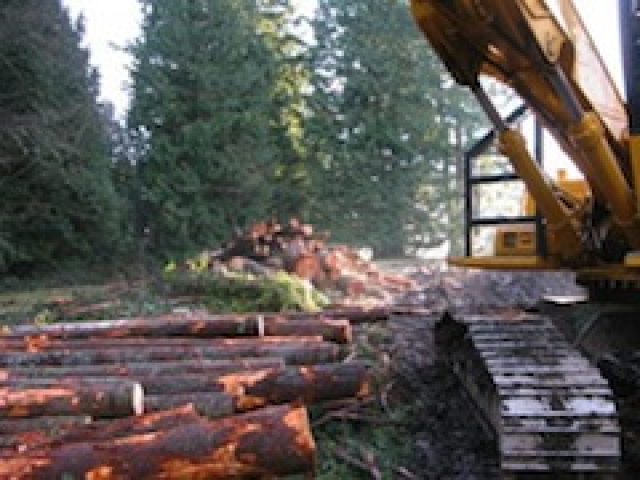 June 15, 2010
Between 2005 and 2009, U.S. taxpayers spent a whopping $17 billion to subsidize corn-ethanol blends in gasoline. What did they get in return? A reduction in overall oil consumption equal to an... 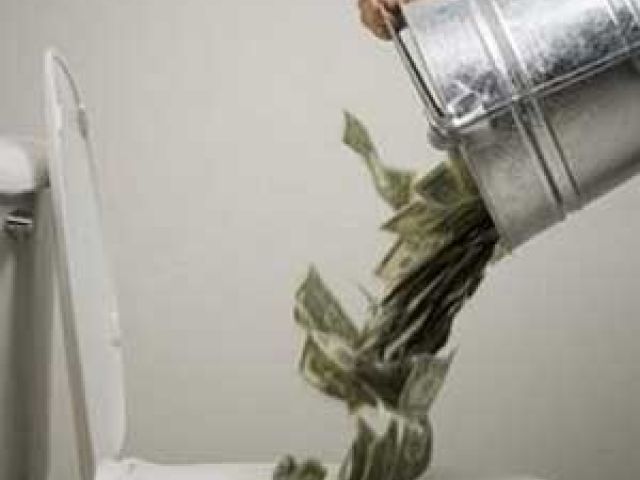 April 20, 2010
For years the Environmental Working Group has advocated for a more rational farm policy that would provide a better safety net for more American farmers. We've done this while also seeking to promote... 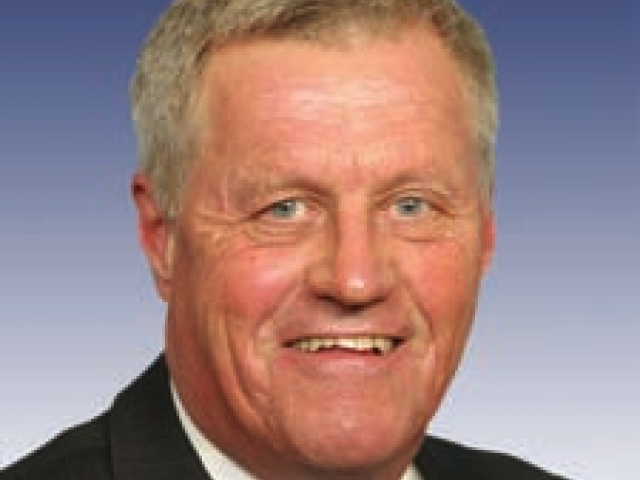 Will Farm Subsidies be the Tea Partiers' Achilles' Heel?

May 5, 2010
It's too early to tell what the Tea Party movement's impact will be on the November elections, but there's no doubt that their noisy anti-big government message has barged into the nation's political... 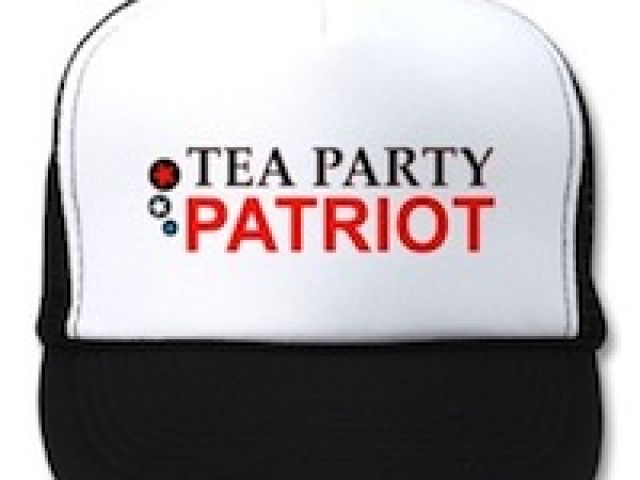 April 9, 2010
If you've ever wished that one day there would be a place where you could grab a bacon and cheese pileup with no veggies, smashed between slabs of fried chicken instead of buns, here's good news. 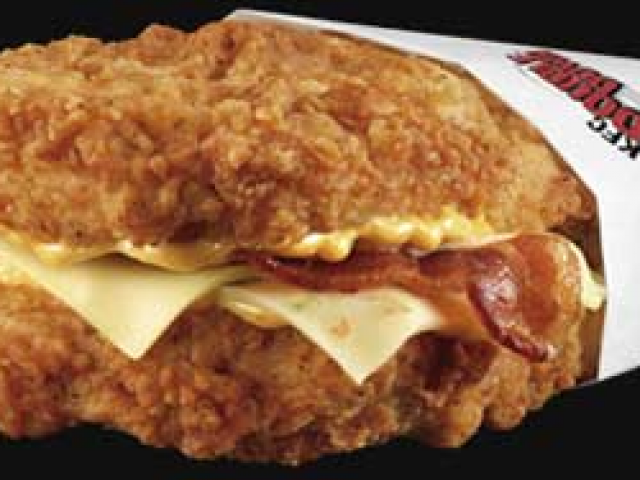 EWG offers you popular, easy-to-use guides to help you choose products and foods that are free of toxic ingredients, safe for your children and environmentally friendly.

View EWG Consumer Guides
We're in this Together