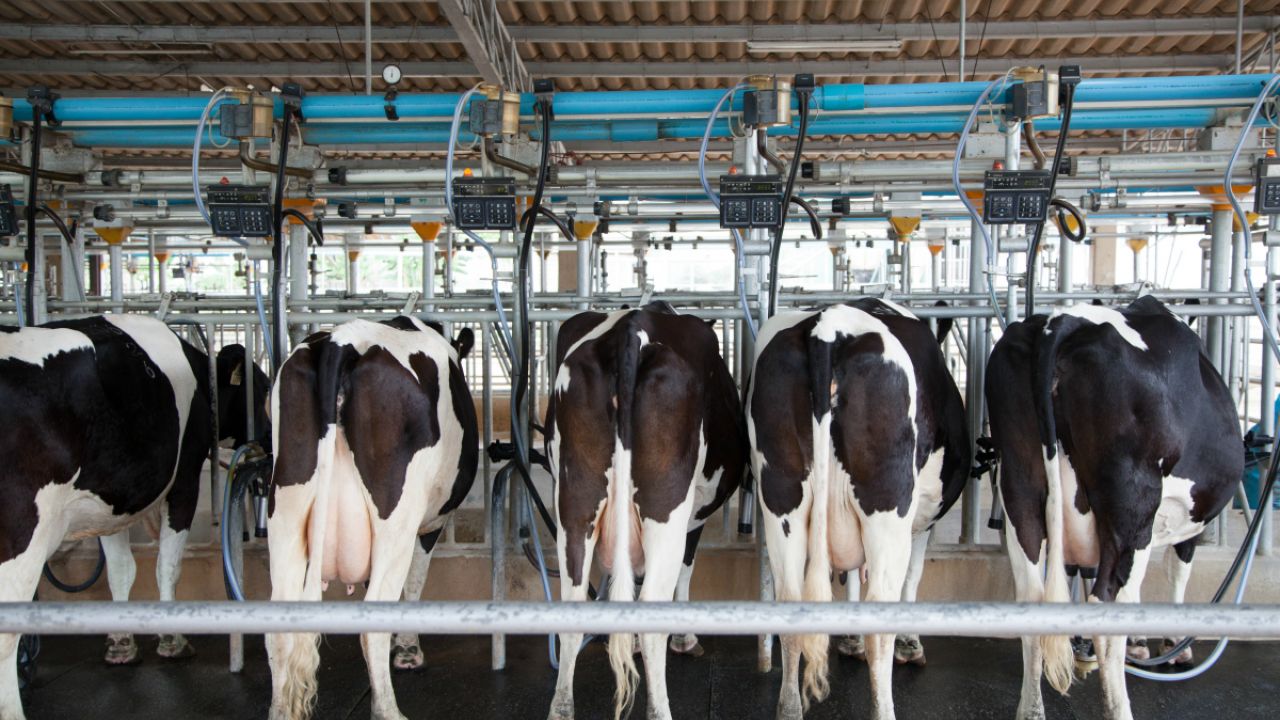 Reducing methane emissions linked to oil and gas is critical to addressing the global climate crisis and will require major efforts to upgrade natural gas production and storage infrastructure. Leaks from old pipelines and equipment are a major source.

So why are agriculture’s methane emissions exempt from regulation?

Methane is a powerful greenhouse gas, and pound for pound it warms the climate 30 times more than carbon dioxide. Because of this, the Obama Administration announced last year that the Environmental Protection Agency would require the oil and gas industry to cut methane emissions by 40 percent by 2025. And in a blog post this March, EPA Administrator Gina McCarthy said oil and gas were the world’s largest industrial sources of methane.

This new study seriously calls that assertion into question.

The researchers, led by Hinrich Schaefer at the New Zealand National Institute for Water and Atmospheric Research, looked at the chemical signatures, or isotopes, of methane emissions from data collected all around the world. Methane released from fracking has a different isotopic signature than methane from cow burps and rice production, the main sources of agricultural emissions.

The study found that the isotopic signature of the increased methane in the atmosphere since 2006 was consistent with agricultural sources and was likely the result of rapid growth in beef cattle and rice production in Asia.

The emissions spike documented in the study was the equivalent of about 150 Porter Ranch spills in one year!

This finding came as a shock to the researchers, who had assumed oil and gas would be the biggest source since the U.S. began widespread fracking for oil and gas around 2006.

Agriculture accounts for about a third of all greenhouse gas emissions globally and about 10 percent of U.S. emissions. But even though emissions from U.S. agriculture have jumped by 17 percent since 1990, EPA’s methane strategy completely ignores agriculture.

In fact, last year Congress renewed a provision attached to the federal budget that strictly forbids the EPA from tracking emissions from livestock operations. It is the only industry to enjoy such an exemption.

There are steps farmers can take to reduce methane, such as better management of livestock manure. Some farmers, like northwest Indiana dairy producer Mike McCloskey of Fair Oaks Farms, are recycling livestock manure and turning it into fuel. And Duke Energy in North Carolina recently announced that it plans to buy waste from nearby livestock operations and turn it into usable natural gas.

Most farmers, however, aren’t given the right incentives to reduce emissions, and their pollution is largely unchecked.

You can’t improve what you don’t measure. Instead of giving industrial agriculture free rein to pollute our air and water, it’s time to include it in our plans to reduce climate-warming emissions.