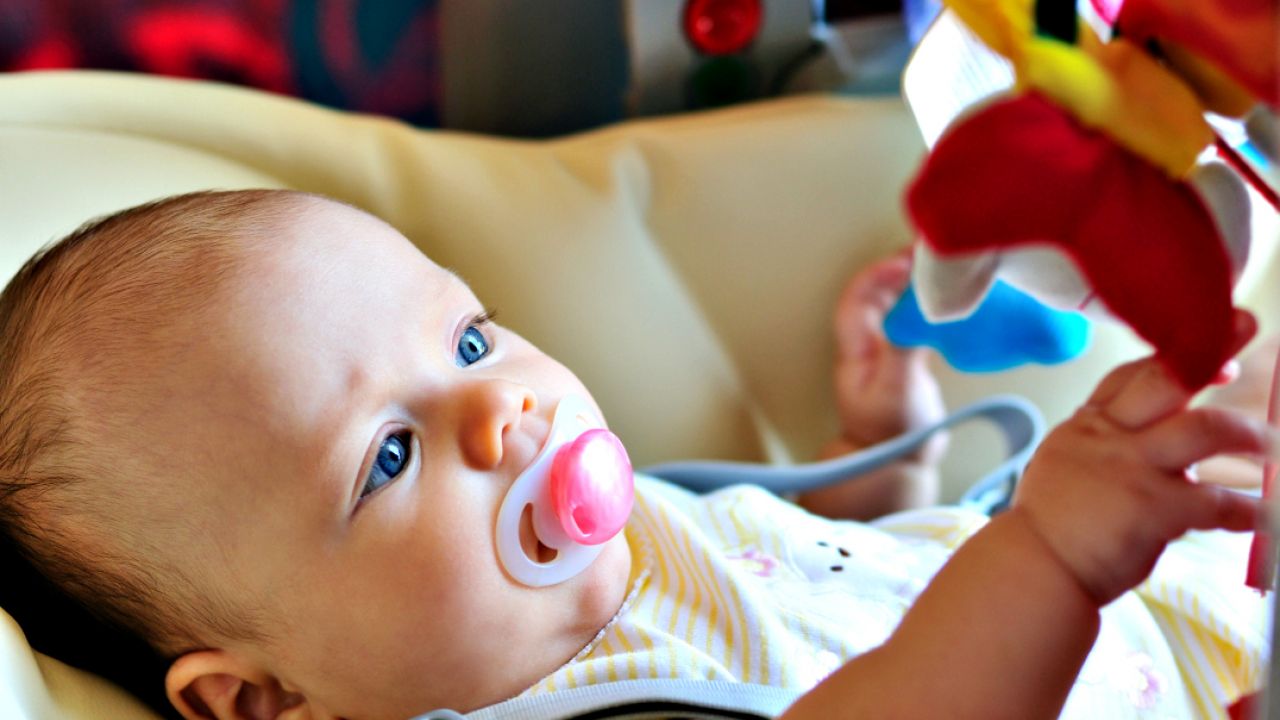 Evidence of a chemical linked to cancer and hormone disruption was found in the urine of all babies tested for a new study from Duke University. The sources, researchers say, could be nursery gliders, car seats, bassinets and other baby products that might be treated with toxic fire retardant chemicals. The remains of a second chemical also linked to endocrine disruption were found in 93 percent of the infants tested.

The chemicals are TDCIPP (tris(1,3-dichloro-isopropyl)phosphate) and TPHP (triphenyl phosphate). Four years ago, Duke researchers found TDCIPP in 36 percent of the baby products they tested that were purchased between 2000 and 2010. In the new study, the same research group tested the urine collected from 43 babies for evidence of TDCIPP and TPHP, and the results were alarming.

Each of the babies tested had detectable levels of a chemical produced when the body processes TDCIPP, known as a metabolite. A metabolite of TPHP was detected in all but three infants.

Adding to the concern, more infants in this study had extreme levels of the TDCIPP metabolite in their urine, compared to toddlers tested in a separate study conducted last year by Duke and EWG. What's more, the levels of both chemicals were on average higher than amounts previously found in adults.

The State of California lists TDCIPP as a known carcinogen and the U.S. Consumer Product Safety Commission considers it a probable human carcinogen. It may also disrupt endocrine signaling – the chemical messages hormones send throughout the body – which is vital during the early stages of a baby's development. TPHP is also linked to hormone disruption that may cause developmental or reproductive harm.

In the new study, the level of the TDCIPP metabolite in the babies' urine was closely related to the number of infant products their parents owned. Babies whose parents reported owning more than 16 such products had on average almost seven times more of the metabolite in their urine than babies in families who owned fewer than 13 products. Children who attended daycare centers also had higher levels of the metabolite, suggesting that products there added to their exposure.

This study is not intended to be a warning to parents to avoid buying the things needed to keep their babies safe and comfortable. However, it does mean parents should consider doing their homework before shopping. Not all baby items have added fire retardants, and parents can choose items free of these chemicals.

Read this Guide to Fire Retardants in Children's Products to learn what you need to know to minimize your family's exposure to these toxic chemicals.

But smarter shopping may not be enough. The United States' weak and outdated regulations fail to adequately protect babies or others who are most vulnerable from the effects of toxic chemicals. The system needs reform, so that parents can be confident that the products they buy for their newborns are safe. To learn more, visit EWG’s website on the Toxic Substances Control Act.