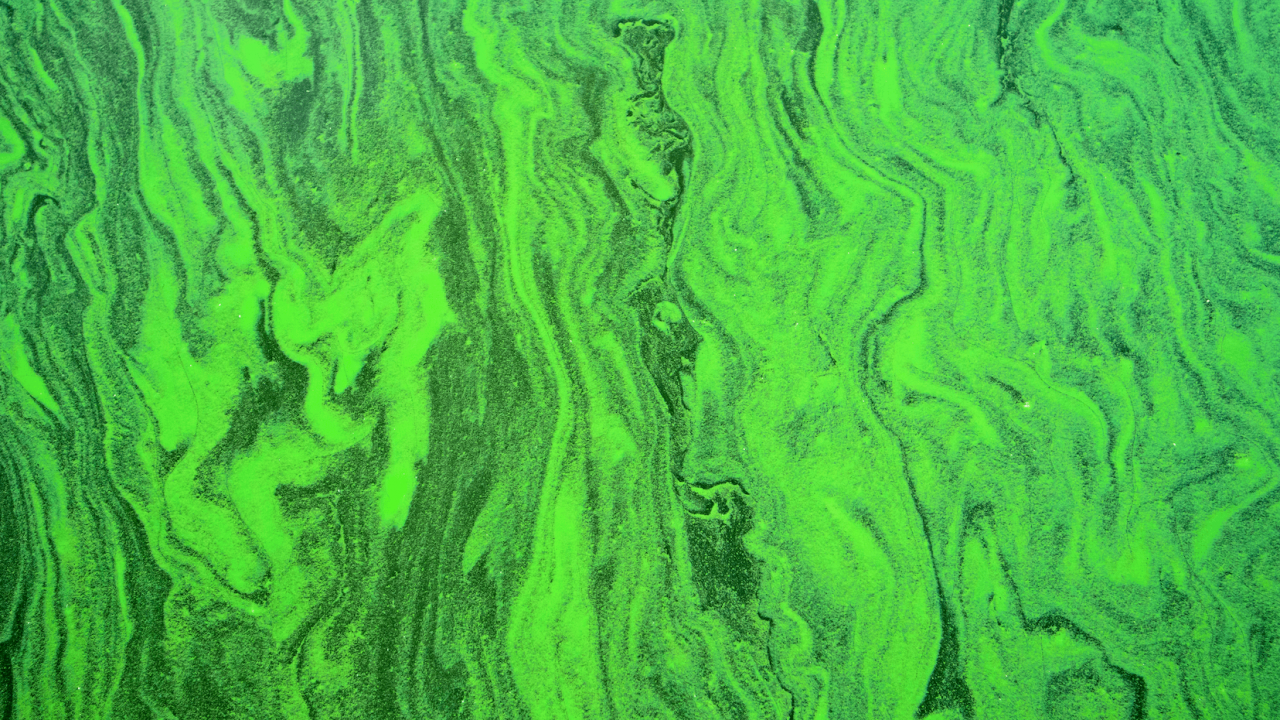 Toxic algae outbreaks – slimy, smelly blooms of microorganisms, triggered by polluted farm runoff into lakes and rivers – can cause nausea, vomiting and more serious, longer-term health impacts, such as liver failure and cancer, in people exposed through recreational contact or drinking water.

But where toxic algae infest bodies of water, there may also be contamination from E. coli or other fecal coliform bacteria.

Fecal coliform bacteria normally live in the digestive system of healthy humans and animals, causing no harm or illness. Even in water, most fecal coliforms are not a health threat.

But some strains of E. coli can cause diarrhea, vomiting and even death, as with the outbreak late last year that was traced to lettuce grown in California’s Salinas Valley. And these bacteria often come from the very source that contributes to algae outbreaks – livestock manure.

The presence of fecal coliforms in recreational water indicates that other scary pathogens often found in manure may lurk there, too, such as cryptosporidium and giardia, which cause extreme diarrhea.

Algae outbreaks, most common in the summer, are triggered by nitrogen and phosphorus from fertilizer and manure that run off of farm fields. In some areas, septic tanks and wastewater are the source of fecal coliforms in surface water. But in farm country, often the main source of such bacteria is the use of manure from livestock feedlots – known as animal feeding operations, or AFOs – as crop fertilizer.

AFOs can hold thousands of chickens, hogs and cattle in small confined settings. These feeding operations annually generate millions of tons of manure – 50 million tons a year in Minnesota alone.

A lot of that manure is applied to nearby farm fields as a fertilizer. After rain or irrigation, manure runs off farm fields and gets into recreational waters. The nutrients and fecal coliform in the manure can then trigger both algae blooms and dangerous bacterial contamination.

Iowa is one of many states where beaches often close because of both types of contaminants. In the summer, the Iowa Department of Natural Resources tests the water of 39 state park beaches each week for microcystin and E. coli. An advisory against swimming is issued if tests find microcystin are above eight micrograms per liter, or µg/L, or if five samples within 30 days exceed 126 “colony-forming units” of E. coli per 100 milliliters of water.

Beeds Lake has had E. coli advisories in many years, going back to 2011. So far this year, the lake has had an E. coli advisory since June 13. The most likely cause of both microcystin and E. coli in this lake are the 37 animal feeding operations found within a five-mile radius. Franklin County has 40 times more hogs than people. There are similar examples in states across the country. Since animal feeding operations are a main source of nutrients and bacteria that cause these beach closures, local, state and federal authorities must do much more to control manure runoff from AFOs.

Throughout the summer, EWG will track beach closures from algae outbreaks and fecal coliform bacteria across the country. To learn more about AFOs’ impact on public health, see EWG’s Factory Farms page.