In the Corn Belt, planting of cover crops plateaus, even as interest grows in their potential to address the climate crisis 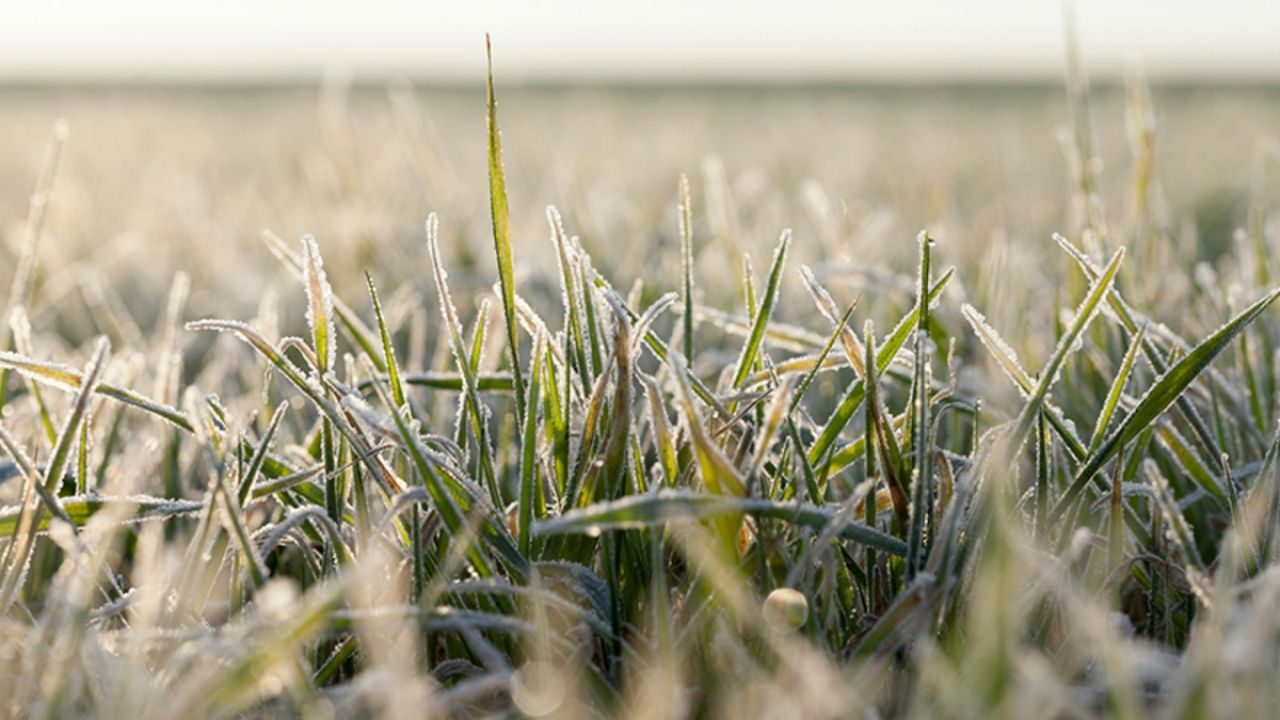 The Department of Agriculture has known for almost a century that planting cover crops between growing seasons benefits soil, water and air quality. Now the USDA, heartland politicians and the agricultural industry are touting cover crops as a solution to the climate emergency.

There is every reason to jump-start the adoption of cover crops to protect soil, water and people from the dangerous weather that the climate crisis is already bringing. But cover crops have limited potential to produce the large, reliable and quick reductions of emissions needed to slow climate disruption.

Before policymakers decide to rely on farmers’ planting cover crops to ease the climate emergency, it is important to understand the science of current cover crop practices. 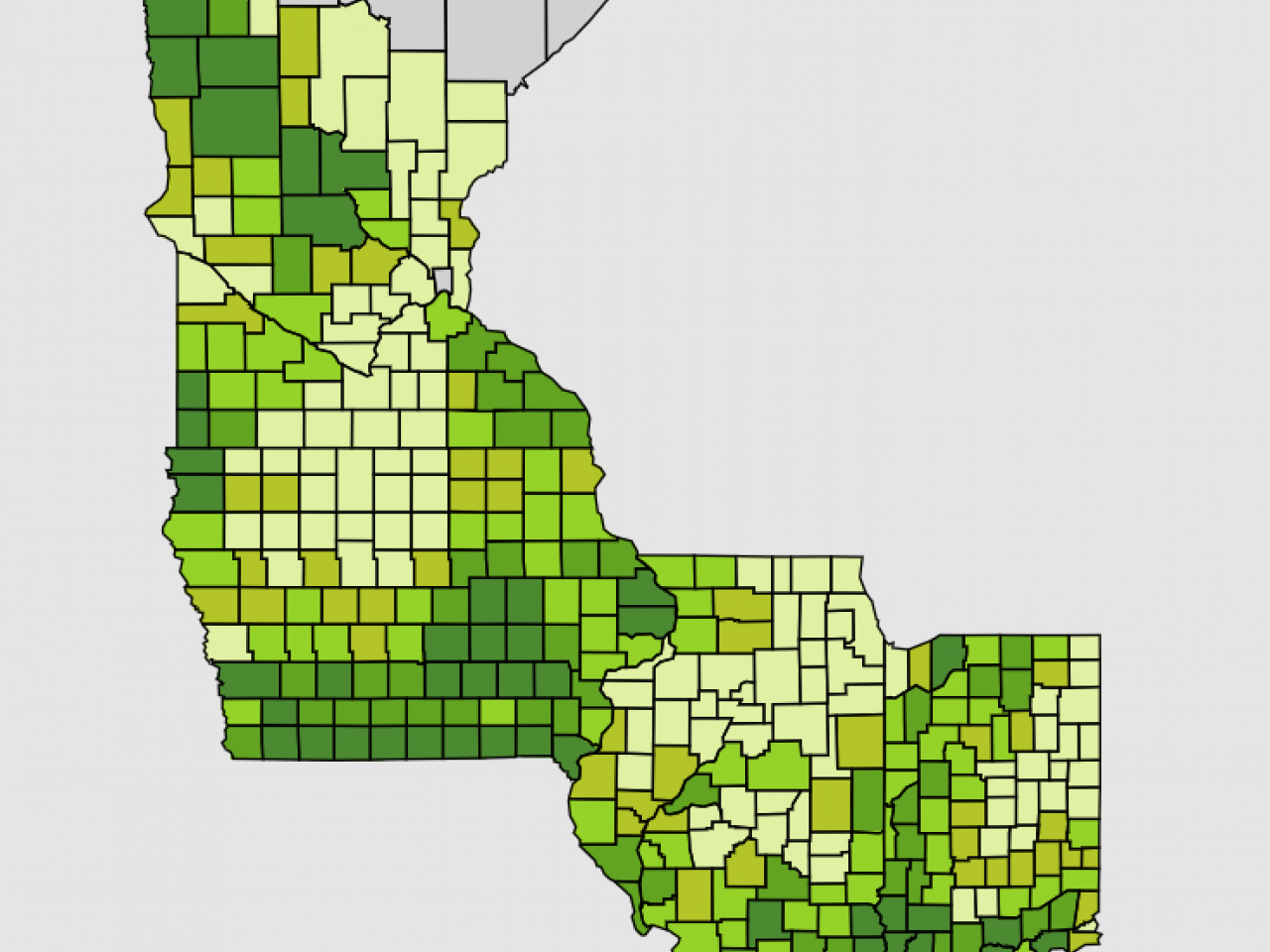 Planted cover crops plateau across much of the Corn Belt in 2019.

In 2019, for every 20 acres planted to corn and soybeans, only one acre of cover crops protected fields in the four states. Out of 68 million acres of corn and soybeans in the four states that year, only 3.2 million acres were protected with cover crops. By state, Indiana had the highest percent of cover crop area (9.2 percent), followed by Iowa (4.2 percent), Illinois (3.9 percent) and Minnesota (3.8 percent).

Use of cover crops in the first three states grew between 2015 and 2017, but growth slowed markedly between 2017 and 2019. Despite the increase since 2015, cover crops are still used on only a small share of cropland in the four states.

The scale of cover crops use remains dramatically below what is needed to produce a substantial reduction of nitrogen and phosphorus loading, which has made for minimal gains in addressing ongoing water pollution concerns, let alone contributing in a meaningful way to mitigating the effects of climate change.

For example, the Iowa Nutrient Reduction Strategy outlines a scenario in which cover crops, along with other conservation practices, would achieve the state’s targets of reducing nitrogen by 42 percent and phosphorous by 30 percent. The scenario calls for cover crops to be planted on six out of every 10 acres of corn and soybeans, or 13.7 million acres. But if adoption of cover crops in Iowa continues at its current pace, it will take 73 years to hit the Iowa Nutrient Reduction Strategy’s goal.

At the current pace of adoption, the prospect of using cover crops to address the climate emergency is equally daunting.

A 2018 collaborative study ­by dozens of researchers at nonprofit organizations, universities and government agencies estimated that planting cover crops on 217 million acres of cropland might bank enough carbon to offset 1.6 percent of all U.S. net emissions. The USDA Census of Agriculture found cover crops on only 15.3 million acres in 2017. From that figure, cover crop acres would have to increase fourteenfold to get close to the number of acres needed to achieve a miniscule reduction in emissions.

To get a sense of how persistent cover crop plantings are in the three states we surveyed all three years, EWG determined how often individual fields were protected with cover crops.

Areas in cover crops in more than one year

EWG assessed 293 counties in Illinois, Indiana and Iowa in both 2017 and 2019 for the presence of cover crops. Slightly more than half, or 154, of those counties gained cover crops. But the other half, or 139 counties, lost acres, largely offsetting the gains seen in the first half. 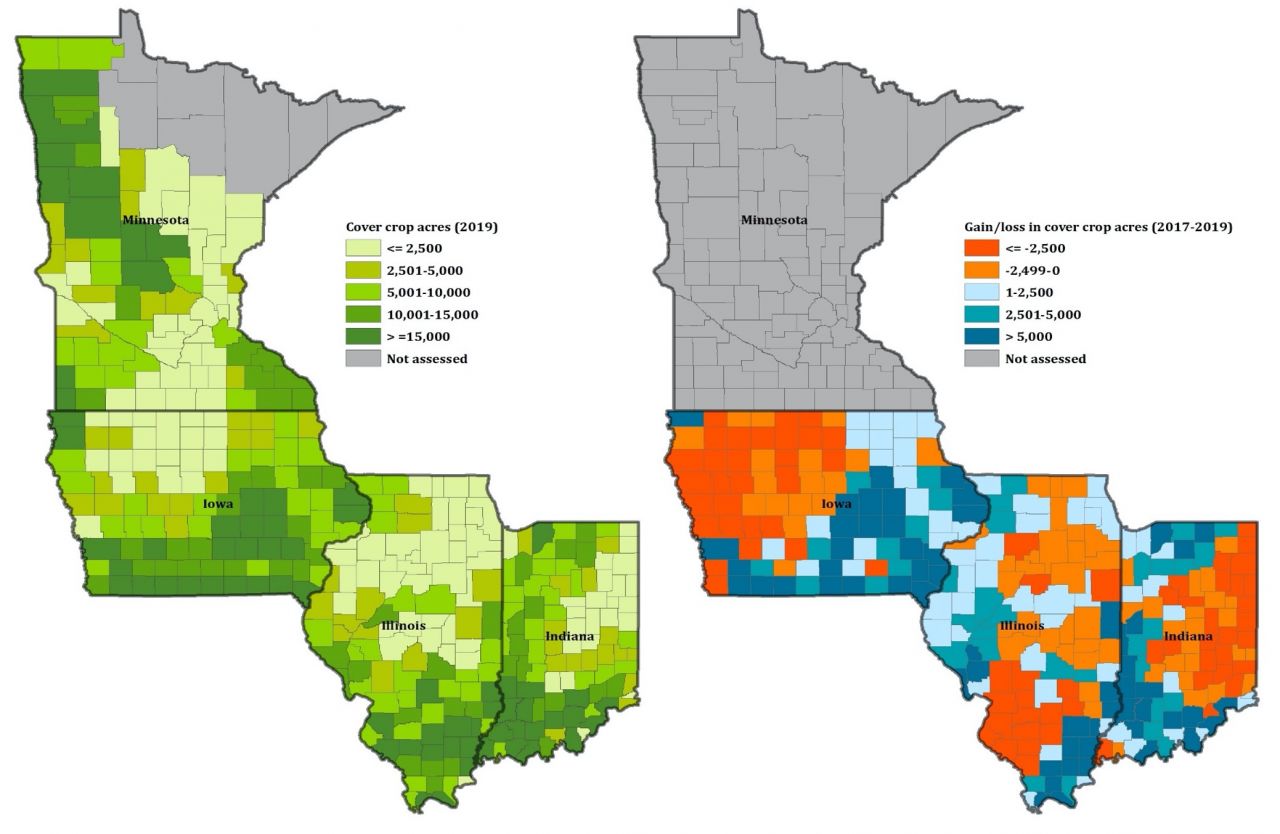 Paying farmers to plant cover crops is the most commonly proposed way to accelerate adoption of the practice.

Within the four states we analyzed, two major conservation programs led by USDA’s Natural Resources Conservation Service invested more than $77 million between 2015 and 2019 to help get cover crops on the landscape. The lion’s share, $75 million, came through the Environmental Quality Incentives Program, or EQIP. The Conservation Stewardship Program, or CSP, contributed $2 million.

The Economic Research Service reported that in 2018:

About one-third of the acreage planted with a cover crop received a financial assistance payment from either Federal, State, or other programs that support cover crop adoption… There is a lot of variation in cover crop adoption rates not explained by EQIP funding. This likely reflects the influence of other programs, weather, shifts in cash crop acreage, and perhaps other factors such as cover crop seed availability.

Annual payments for cover crop impletation between 2015 and 2019

Congress should use the next farm bill authorization to boost funding and critical technical assistance to get cover crops on the ground on far more acres, as fast as possible.