Methods: In the Corn Belt, planting of cover crops plateaus, even as interest grows in their potential to address the climate crisis

In November 2019, EWG conducted a windshield survey to collect various fall field cover types. In the four states, more than 270 fields were collected for vegetative, tillage or residue cover types (Figure 6). These data would be used to establish Normalized Difference
Vegetation Index, or NVDI, thresholds to extract cover crops from satellite imagery. 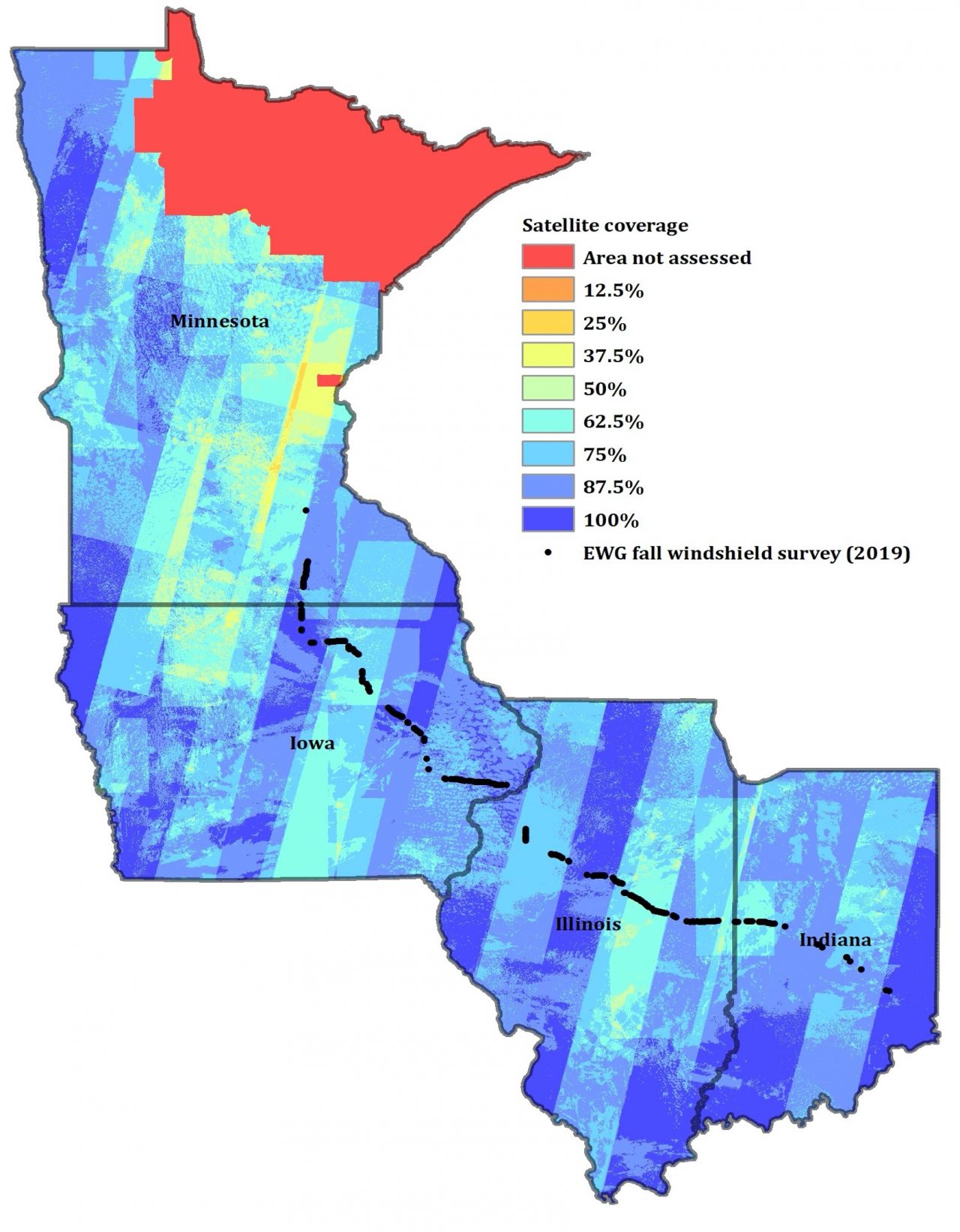 Recent studies have shown that the Landsat 8 and Sentinel 2 satellite sensors can be used to detect cover crops at the field level, using seasonal maximum NVDI composites within the Google Earth Engine platform. Images were collected exclusively from two emergence seasons: The fall season, defined as November 1 to December 31, and the following spring season, from March 1 to April 30.

These windshield survey data were then used to establish field level NDVI thresholds, taken directly from monthly Landsat 8 and Sentinel 2 maximum composite imagery. The monthly values were then applied to the imagery to extract pixels showing the emergence of vegetative cover. 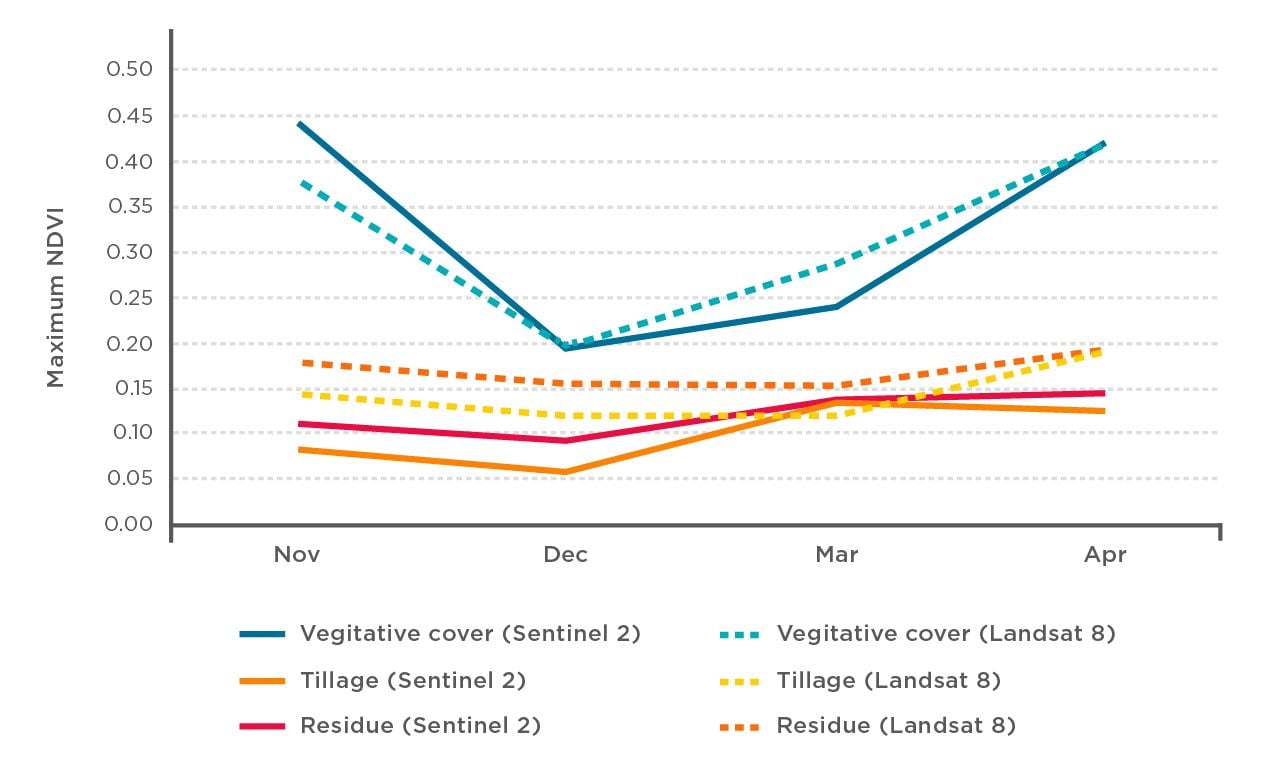 Pixels were then subset to areas planted exclusively to corn or soybeans during the corresponding crop year, using the USDA-NASS Cropland Data Layer, which maintains high user accuracy for corn and soybeans. Pixels overlapping with winter wheat planted in 2020 were also screened out, so that cash crops emerging during the same time did not confound cover crop detection. Eight counties in northeastern Minnesota were not assessed due to a very limited corn and soybean planter area.

After satellite pixels were identified as cover crops from individual scenes, all overlapping scenes were patched together and filtered to extract only contiguous areas of 10 acres or more. The 2008 Farm Service Agency’s geospatial Common Land Unit data, a high-resolution digitization of field boundaries, were then used to reduce for edge of field pixels and fill areas of spotty emergence. Those same features were then screened to remove elongated and linear shapes indicative of fence rows and grass waterways with metrics resulting from the feature’s area and perimeter. The results were then summarized by county.