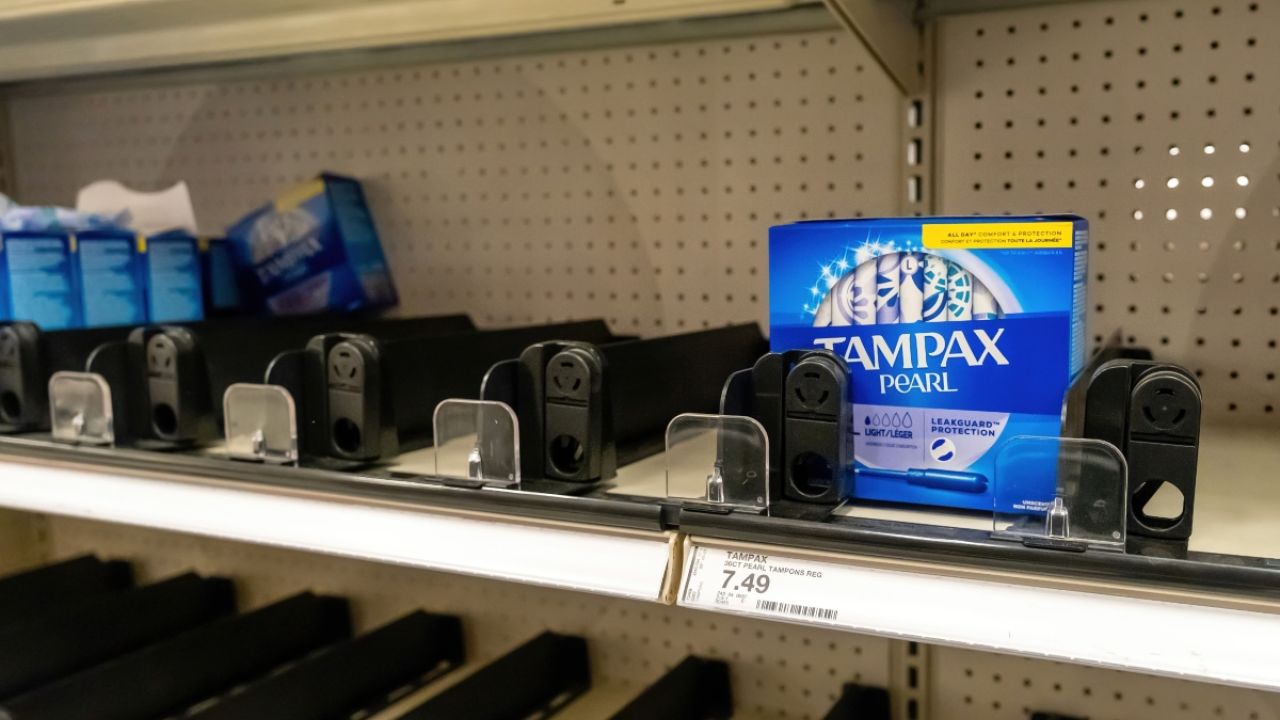 First there was a baby formula shortage, bare shelves where there should have been rows of packages. Now there’s a tampon supply problem – and publications from the New York Times and Sacramento Bee to Good Housekeeping suggest using period underwear instead.

Some brands of period underwear may contain the toxic “forever chemicals” known as PFAS. These compounds can be used to create a water- and stain-resistant lining in the underwear, though not all brands contain PFAS, and the chemicals are not necessarily added intentionally.

The government should protect consumers from these toxic chemicals. That’s especially true for any product used on such a sensitive part of the body, where the skin is particularly thin.

Menstrual products, including tampons, pads and cups, are regulated as medical devices by the Food and Drug Administration. But period underwear – one of two backup options that are recommended when tampon supplies are low – aren’t included in the FDA’s list of regulated menstrual products and it’s unclear how they are regulated, if at all.

PFAS are known as forever chemicals because they build up in the body and do not break down. They can cause numerous health harms, including weakened childhood immunity, low birth weight, endocrine disruption, increased cholesterol levels, and weight gain in children and dieting adults.

PFAS have contaminated drinking water in  every state, as well as at many military sites. They can also be found in mattresses, carpets, and waterproof and stainproof clothing, among other everyday goods. Yet federal agencies that failed for decades to protect us from these harmful chemicals – the FDA, the Environmental Protection Agency and the Department of Defense – are still failing to adequately regulate or require the cleanup of PFAS.

In early 2020, a Sierra Club blogger reported her discovery of PFAS in one brand of period underwear after it was tested by researcher Graham Peaslee, Ph.D., who had co-authored a study that found half of fast-food wrappers tested contained fluorinated chemicals. (EWG Senior Scientist David Andrews was also a co-author.) Peaslee found an amount of PFAS in one of the brands high enough to suggest the chemicals were added intentionally.

And at least two brands are the target of lawsuits in California because their period underwear allegedly contains PFAS, posing health risks to users.

People shouldn’t have to shop their way out of the problem of toxic period products. It’s the responsibility of the FDA to regulate them more strictly, including labeling requirements.

The EPA recently proposed a new, much lower amount of PFAS in drinking water it considers safe for a person to be exposed to in a lifetime. And the two most notorious PFAS – PFOS and PFOA – may soon be designated “hazardous substances” under federal law, triggering a strict, mandatory cleanup of the chemicals. These developments may turn into more momentum on PFAS.

Some menstrual products have been found to contain other contaminants, such as heavy metals and pesticides. Companies should be required to disclose what’s in the products they sell. There are some labeling requirements, but they don’t include ingredients.

New York was the first to to pass a disclosure law, which went into effect in early 2020. California has passed a similar “right to know” law, which takes effect at the beginning of 2023. The FDA, not manufacturers, should decide whether these products meet a standard of safety.

During the tampon shortage, there may also be fewer pads available on store shelves, since the companies that make tampons also make pads. If you continue to use tampons, once you can find them, look for those saying they’re free from “fragrance,” a mystery cocktail of potentially thousands of chemicals. It’s best to use organic tampons or pads, though those aren’t guaranteed to be free from toxic chemicals.

If you want to try period underwear instead of tampons, get information from a trusted source about the brand you’re choosing. That’s not necessarily the brand website, which will likely claim its products are free from PFAS.

And don’t assume that if a product is labeled organic, it doesn’t contain PFAS. The organic certifying organization OEKO-TEX tests for 30 types of PFAS only – and there are likely thousands. (Many menstruating people can’t afford these products as it is, let alone those certified organic, so organic is far from a universally viable solution.)

Consider trying one of the products listed on Better Goods, a consumer watchdog site for cosmetics and personal care products, which recently listed four independently tested period underwear brands. The blog Mamavation commissioned tests of period underwear at an independent laboratory and found seven brands with no fluorine detected over 10 parts per million, or ppm. The detection of fluorine in textiles indicates the likely presence of PFAS.

Menstrual cups may be your best option during the tampon shortage. Make sure they’re free from BPA and BPA replacements and phthalates, two hormone-disrupting chemicals that should not be inserted into the body. The cup should also be made entirely of medical-grade silicone without dye.

If you live in New York, you can look at menstrual product labels to see what ingredients they contain to avoid harmful chemicals.

Whatever product you decide to use, take the time to ensure it is as free of toxic chemicals as possible.