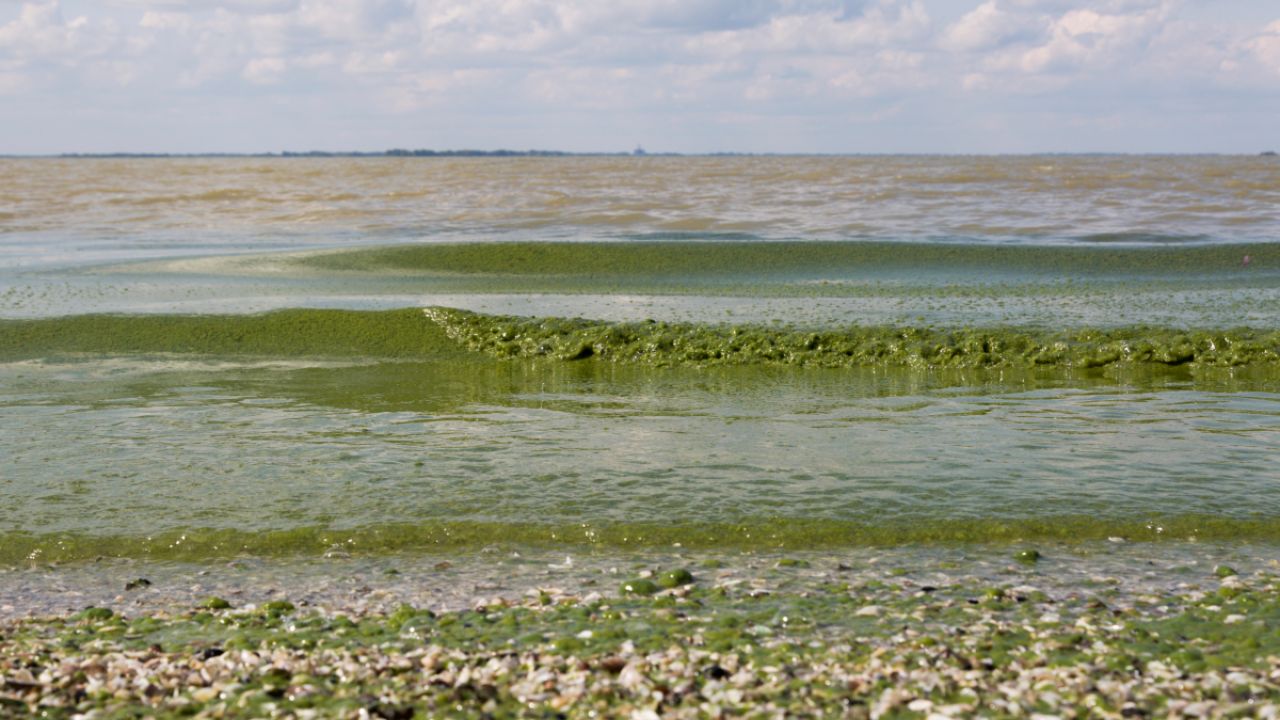 A new Environmental Working Group analysis reveals that Lake Erie’s annual algae bloom problem, which releases the toxin microcystin into the water, may pose elevated health risks for the communities that rely on the lake for drinking water, who are primarily people of color and low income.

The algae bloom returned in Western Lake Erie last week for the first time this summer.

EWG’s new analysis highlights the threat algae outbreaks pose to typically low-income areas and communities of color. The research finds that a higher percent of the people living in four states who get drinking water from a community system that uses Lake Erie as a source – Michigan, New York, Ohio and Pennsylvania – live in communities with a higher percentage of people of color than the state’s average and have household incomes that are less than 80 percent of average state income levels.

Water systems for Cleveland and Toledo, Ohio, Buffalo, N.Y., and Erie, Pa., served 71 percent of the almost 3.2 million people in the U.S. who get their drinking water from Lake Erie. The percentage of residents in these communities who are people of color was significantly higher than the state averages. The percentages ranged from 27.3 percent in Erie, which was well above Pennsylvania’s average of 18.4 percent, up to 60 percent in Cleveland, considerably higher than Ohio’s average of 18.3 percent.

The same four communities were also low income compared to state average income levels, meaning they had incomes that were below 80 percent of their state’s income. They each had median household incomes that were less than four-fifths of their respective state’s income. The states’ incomes ranged from $56,602, in Ohio, to $68,486, in New York. But median incomes for the four communities ranged from $30,907, in Cleveland, to $37,894, in Erie.

Those communities are at risk from water contaminated by blue-green algae, which are tiny organisms called cyanobacteria that can produce toxins, including microcystin, that are dangerous to people who are exposed through contaminated drinking water. Consuming tainted drinking water has caused public health problems like gastroenteritis and harm to the kidney and liver.

Four other water systems that get drinking water from Lake Erie served communities with populations of people of color above state averages, but they served only 189,673 people, or 6 percent of all people who get their drinking water from the lake. The remaining 27 Lake Erie systems with populations of people of color below state averages served just over 22 percent of people who rely on the lake.

Overall, at least 35 water systems, serving almost 3.2 million people, get their water from Lake Erie in these states. Because of data limitations, it is possible that EWG’s analysis does not include every water system that has Lake Erie as one of its water sources (see the Methodology section below).

EWG crossed these 35 locations with U.S. census data from the 2019 American Community Survey to find out about the communities that receive drinking water from these systems. Although the number of systems that serve areas with higher numbers of low-income residents and people of color is small, there are millions of people living within those areas. Larger cities in general tend to have higher percentages of residents who are people of color than smaller cities.

Algae outbreaks in Lake Erie are triggered by nitrogen and phosphorus from fertilizer and animal manure that run off farm fields in the region. Heat and sunlight make the problem worse: As the lake heats up throughout the summer, blooms occur more frequently and grow larger. The climate crisis also likely exacerbates the problem by increasing the frequency and intensity of extreme precipitation events that carry more nutrients from fields into waterways that empty into the lake.

Although drinking water contamination has mostly affected communities near the Western Basin of the lake, algae blooms have occurred throughout the lake. In 2013, 2019 and July of this year, cyanobacteria appeared in the eastern part of the lake outside of Erie. All community systems that use Lake Erie as their drinking water source need to prepare for potential cyanobacteria or cyanotoxin contamination, regardless of which parts of the lake they draw water from.

The algae crisis in Toledo, Ohio, in 2014 is the most widely known example of microcystin contamination of drinking water in the country. In August 2014, unsafe levels of microcystin from Lake Erie contaminated the city’s drinking water. City officials told residents not to drink or cook with the water for three days, because it could be dangerous.

But Toledo is not the only city on Lake Erie that has struggled with microcystin in its drinking water. Carroll Township, Ohio, had microcystin contamination even before the Toledo incident. And many water utilities in Ohio that source from Lake Erie have spent millions of dollars to improve their treatment facilities. Toledo has spent more than $132 million on drinking water treatment plant improvements since the 2014 crisis. Carroll Township, Ottawa County and Sandusky, among others, have also spent considerable sums of money on water treatment because of cyanotoxins.

Reducing or preventing algae outbreaks is essential for protecting the affected communities, but upgrading drinking water treatment plants costs millions of dollars. Utilities typically pass along the costs of those investments to customers – a heavy burden to place on low-income communities. But these expenses will grow if steps are not taken to prevent the algae bloom in the Western Basin, and future increases in their growth throughout the lake will only exacerbate the problem.

Preventing further nutrient pollution from getting into Lake Erie could be cheaper and more effective than trying to remove cyanotoxins through drinking water treatment. It could also save low-income communities and communities of color from being forced to pay for utilities’ spending millions of dollars on water treatment.

The best strategy for reducing cyanotoxin contamination of drinking water is to require the biggest farm polluters to implement conservation practices on their fields that will reduce the nutrient runoff that enters Lake Erie and contributes to the yearly rise in algae.

Due to security concerns after the September 11 attacks, there is no publicly available dataset of drinking water sources for every U.S. system. Because of this, it is possible that EWG may not have been able to find every drinking water system that uses Lake Erie.

We found the state-level demographic information through the 2019 American Community Survey, which allowed us to compare the percentage of people of color and median household income of each community to the states’ statistics. Those percentages for each water system’s corresponding community were compared to the statistics of the state where the water system was located.

For example, we compared Toledo’s demographic statistics to the state of Ohio’s statistics to see if they had more people of color or an average income lower than the state. Communities that overall had average household incomes that were less than 80 percent of the state’s median household income were considered to be low-income communities.

To find the communities of color for each system and state, we calculated the percentage of people in the census data who were not “white alone,” a specific category in the census data. Not “white alone” includes people who are Black or African American, American Indian or Alaska Native, Asian or Native Hawaiian or Other Pacific Islander, “some other race” or multiple races.