EWG: Federal and State Data Confirm ‘If You Test, You’ll Probably Find Them’

MINNEAPOLIS – Federal and state tests have found dangerous toxins, common in outbreaks of blue-green algae, in hundreds of lakes, rivers and other bodies of water nationwide – yet authorities are doing little to notify and protect Americans, according to a new analysis and map from the Environmental Working Group.

Algae blooms often are triggered by agricultural chemicals that run off crop fields into bodies of water. The “algae” are actually photosynthetic microorganisms. Not all algae blooms are toxic, but for reasons not yet understood, some of these bacteria produce poisonous chemicals called cyanotoxins, including those known as microcystins.

“The bottom line is, if you test for microcystins, you’ll probably find them,” said Soren Rundquist, EWG’s director of spatial analysis. “Hundreds of lakes and other resources Americans rely on for tap water and recreation are contaminated – sometimes even when there is no visible toxic algae bloom.”

Exposure to cyanotoxins can cause serious health problems – from skin rashes to death – for people and animals who drink or come into contact with the water. Recent studies have also shown that the toxins can become airborne, drifting at least a mile away from the site of a toxic algae outbreak.

For its report, EWG reviewed data from the Environmental Protection Agency’s National Lakes Assessment and from the 14 states that both regularly monitor lakes for microcystin and have made 2018 test results public.

For its assessment, the EPA tests water quality in hundreds of lakes every five years. The 2007 and 2012 results revealed microcystin in water bodies in all contiguous 48 states. The 2012 survey found microcystin in almost 40 percent of the lakes sampled – a 9.5 percent increase from 2007. Data for 2017 have not yet been made public.

The EPA may have missed detections of the toxin, since a quarter of the samples were collected in May and June, when outbreaks are less common, and 90 percent of the bodies of water were only sampled once.

More than two-thirds of Americans get their drinking water from community systems that rely at least in part on lakes, rivers or other surface water, according to the EPA. Yet there are no federal regulations for microcystins and other cyanotoxins in drinking water.

EWG found that only 20 states test regularly for microcystins and make the data public, and then often after a significant delay. The remaining states provide little or no information about cyanotoxins produced by algae outbreaks.

“All states should regularly test for microcystins and other cyanotoxins and warn the public about the dangers,” Rundquist said.

EWG’s report comes at the height of a hot, wet summer that has already seen numerous health advisories and beach closures by state and local health officials due to toxic algae outbreaks.

The EPA has put microcystin and several other cyanotoxins on its candidate list for regulated water contaminants under the Safe Drinking Water Act, but establishing a health standard could take years.

The late summer months are usually the peak of the algae bloom season, though recent outbreaks are starting earlier and lasting longer. Increased rainfall and rising temperatures caused by the climate crisis are exacerbating the issue.

So far, there have been more news stories about algae outbreaks in 2019 than in any other year since 2010, the year EWG found the epidemic began appearing in the news. EWG tracks all algae bloom news coverage nationwide on a map that’s updated every week during the summer. 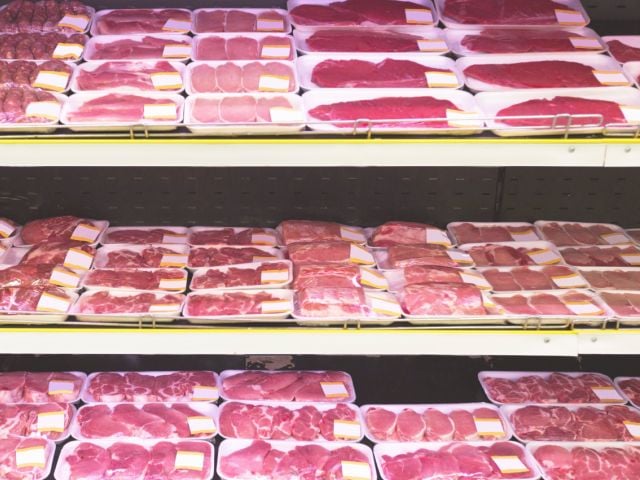