Advocates of healthy food and farm policy reform have had a lot of success in 2011. For starters, the secret farm bill died after lawmakers spent many weeks politicking behind closed doors, and two of the three wasteful ethanol supports are on their way out, and so might be those lavish direct payments that go to farmers regardless of need. There is still a lot of work ahead to ensure agriculture policy shifts towards one that promotes conservation practices and protects federal dollars that help Americans access and afford nutritious food. Environmental Working Group's agriculture team came up with the top ten food and farm stories of 2011. View this slideshow to take a look back at what happened, and what might be next in 2012.

1) The Secret Farm Bill – Dead! Fortunately, the Congressional Super Committee failed in its effort to come up with a deficit-cutting plan, putting an end to a scheme that sought to use the process to enact a secret farm bill crafted behind closed doors. Leaked versions of the bill showed that industrial agriculture lobbyists and their allies in Congress were trying to protect the status quo once again to continue funneling billions of dollars to the same highly profitable mega farms that have fattened up on taxpayer-funded subsidies for decades. No surprise there, but there are plenty of lessons to keep in mind as the farm bill debate resumes in early 2012.

2) Goodbye to the Corn Ethanol Subsidy and Tariff In a victory for environmentalists, taxpayer and anti-hunger groups, Congress will chop off two legs of the three-legged stool of wasteful ethanol supports. The tariff on foreign ethanol and the $6 billion Volumetric Ethanol Excise Tax Credit both expire on Dec. 31. Trying to put a brave face on the inevitable, corn ethanol lobbyists who were apoplectic about losing federal support just five months ago are now claiming they voluntarily gave it up. The main driver of highly polluting corn ethanol production, however, remains intact. That's the federal Renewable Fuel Standard, which unwisely mandates the use of billions of gallons of the stuff.

3) A Disturbing View of Industrial Agriculture EWG's aerial survey of Iowa cornfields captured our worst fears about agricultural pollution. Farms are losing their irreplaceable topsoil up to 12 times faster than the government estimates. And this severe erosion and runoff isn't limited to Iowa. Agricultural chemicals are fouling Americans' water from the Dead Zone in the Gulf of Mexico to the Chesapeake Bay to Minnesota's Lake Pepin.

4) Don't Consumers Have the Right to Know What's in their Food? Corporate lobbyists pushing for genetically engineered products don't want food labels, even though most consumers are begging for more information about what's in their food. The Just Label It campaign was launched this year to give consumers a voice and urge the Food and Drug Administration to make GMO labeling mandatory. In contrast, the organic industry has no qualms about labeling its products.

5) The Produce Industry's Highly Public Lobbying Campaign Until this year, EWG had never before seen the produce industry take such a high-profile role in debates over pesticide policy and safety. Invariably, it was the pesticide industry's trade association that took the lead. But when the U.S. Department of Agriculture unexpectedly delayed release of its annual analysis of pesticide residues, EWG discovered that conventional produce growers were putting intense pressure on the agency to downplay consumer concerns about pesticides and to discredit EWG's Shopper's Guide to Pesticides on Produce. We called attention to it, and in the end, USDA released its testing results, fortunately, without any spin.

6) Members of Congress and Absentee Landlords Benefit from Farm Subsidies With tight budgets and the federal deficit driving the 2012 farm bill debate, it makes as little sense to continue farm subsidy payments to absentee landlords living in Manhattan and Miami as it does to continue sending tax dollars to profitable agribusinesses. Many of the lawmakers who will eventually vote on the next five years of federal farm subsidies are themselves collecting those checks – even ardent Tea Party types.

7) The Outsized Carbon Footprint of Beef EWG research gave consumers their first comprehensive look at the impact that meat, eggs and other foods have on their health, the environment and climate. The Meat Eater's Guide to Climate Change + Health, endorsed by Chef Mario Batali and food author Michael Pollan, found that lamb, beef, pork and cheese generate the most greenhouse gases, and that 20 percent of the total is the result of food waste. The analysis prompted more than 41,000 EWG supporters to take the pledge to eat less meat every week.

8) The Demise of the Direct Payment Farm Program Thanks to the drive to slash the ballooning federal deficit, Congress is on the verge of eliminating direct payments to growers. The move would open the door to shaping a federal farm policy that levels the playing field for all farmers. But direct payments won't go away quietly. Lobbyists are already lining up on Capitol Hill to pull off a bait-and-switch scheme that would ensure that agribusiness continues to get billions of federal subsidies in the form of revenue insurance instead. All eyes will be on commodity title reform in 2012.

9) Schools Can Still Count Pizza Sauce as a Vegetable. Wait, what? Congress, at the behest of Big Food, blocked proposed rules that would have overhauled the national school lunch program and made it more nutritious. As the New York Times pointed out, the move means that schools can continue to serve high sodium and starchy foods and declare French fries and pizza sauce as vegetable servings. Lawmakers, once again, completely ignored the obesity crisis that afflicts so many kids. This needs to change, and so do Big Food's marketing tactics to children.

10) Number of Food Stamp Beneficiaries Reaches Record High In August, the number of Americans enrolled in the Supplemental Nutrition Assistance Program, formerly known as food stamps, hit a record high, with 45.8 million receiving benefits that month. With the steady high unemployment rate and a weak economy, adequate funding for federal nutrition programs couldn't be more critical as Congress works on reauthorizing the next farm bill. 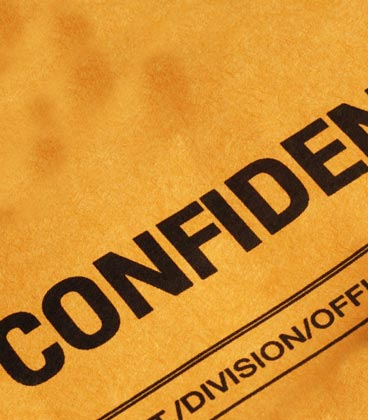 Fortunately, the Congressional Super Committee failed in its effort to come up with a deficit-cutting plan, putting an end to a scheme that sought to use the process to enact a secret farm bill crafted behind closed doors. Leaked versions of the bill showed that industrial agriculture lobbyists and their allies in Congress were trying to protect the status quo once again to continue funneling billions of dollars to the same highly profitable mega farms that have fattened up on taxpayer-funded subsidies for decades. No surprise there, but there are plenty of lessons to keep in mind as the farm bill debate resumes in early 2012.