In December, Environmental Working Group outlined how the environmental consulting firm ChemRisk had violated the ethical standards of the Journal of Occupational and Environmental Medicine (JOEM) and the larger scientific community with their activities surrounding the 1997 paper, "Cancer mortality in a Chinese population exposed to hexavalent chromium in water." We urged JOEM to review the allegations we presented in our letter, alert the scientific community of the ethical breaches, retract the fraudulent article, and ban the scientists involved from publishing in your journal.

EWG understands that you are consulting with your editorial board before reaching a decision. Therefore, we are writing again to bring your attention to a recent peer-reviewed scientific paper and supporting documents that clearly establish how ChemRisk's manipulation of the Chinese data on hexavalent chromium in water was not a one-time offense, but part of a larger pattern of producing questionable scientific studies intended to weaken public health protections to benefit its corporate clients.

Enclosed you will find a copy of an article by George Washington University School of Public Health professor David Michaels that was published Feb. 23 in the peer-reviewed online journal Environmental Health. [1] In "Selected science: an industry campaign to undermine an OSHA hexavalent chromium standard," Michaels and his co-authors describe how several environmental consulting firms hired by the chromium industry manipulated scientific data and engaged in other unethical activities to influence a workplace exposure limit pending under the Occupational Safety and Health Administration (OSHA). Michaels' reports:

. . . [OSHA] was petitioned in 1993 and sued in 1997 and 2002 to lower the workplace Cr(VI) exposure limit, resulting in a court order to issue a final standard by February 2006. Faced with the threat of stronger regulation, the chromium industry initiated an effort to challenge the scientific evidence supporting a more protective standard. This effort included the use of "product defense" consultants [ChemRisk and Exponent] to conduct post hoc analyses of a publicly-funded study to challenge results viewed unfavorably by the industry.

The industry also commissioned a study [by the consulting firm ENVIRON] of the mortality experience of workers at four low-exposure chromium plants, but did not make the results available to OSHA in a timely manner, despite multiple agency requests for precisely these sorts of data. The commissioned study found a statistically significant elevation in lung cancer risk among Cr(VI)-exposed workers at levels far below the current standard. This finding changed when the multi-plant cohort was divided into two statistically underpowered components and then published separately. The findings of the first paper published have been used by the chromium industry to attempt to slow OSHA's standard-setting process. The second paper was withheld from OSHA until it was accepted for publication in a scientific journal, after the rulemaking record had closed.

Michaels' article describes ChemRisk's role in the industry campaign only briefly, focusing more on the activities of ENVIRON and Exponent. Several documents released in conjunction with the article, however, bring to light how ChemRisk has repeatedly worked to produce science with the intent to undermine public health protections for chromium and other toxic chemicals. The most important of these internal industry documents stem from a February 13th, 1996 meeting between ChemRisk and a chromium industry trade association known as the Chrome Coalition.

In 1996 the Chrome Coalition sought proposals from environmental consulting firms — including ChemRisk — on how they could help keep the PEL as high as possible. [1,3,4] On February 13th, ChemRisk founder and president Dennis Paustenbach, along with several of his colleagues, met with the Chrome Coalition to present ChemRisk's proposal. At the meeting, Paustenbach "presented his view of the action that should be taken to address all the issues relating to the cancer risk associated with exposure to chromium." [3] The proposal included five "immediate steps," each of which involved scientific analyses specifically designed to challenge the OSHA's pending PEL, costing between $15,000 and $500,000+ a piece. [3]

Paustenbach also discussed "several other strategies" such as "pitting" the American Conference of Governmental Industrial Hygienists Committee that comes up with their Threshold Limit Values for chemical hazards (denoted as ACGIH-TLV) "against the OSHA-PEL Committee." [3] And in a move that is reminiscent of earlier attempts ChemRisk made to hide its involvement with the 1997 JOEM study, Paustenbach also explained how he had talked to a key researcher at Johns Hopkins University working on an important and unfinished epidemiological study of cancer incidence in chromium workers. Incredibly, Paustenbach discussed with the researcher "the possibility of pro bono confidential involvement of ChemRisk" in the study. He suggested to the Chrome Coalition that "if this were to come about," such a tactic could be used to "forestall the rulemaking" at OSHA. [4]

Notably, many of the same ChemRisk employees who produced the fraudulent JOEM paper were at the meeting with the Chrome Coalition, including Brent Finley, Bill Butler, and Deborah Proctor. [4] The documents also indicate that a "T. Ye" would be helping with the chromium work; this almost certainly refers Tony Ye, the ChemRisk employee who prepared much of the 1997 JOEM paper and served as the translator for Dr. Zhang in China. And, of course, it is clear from the documents that Dennis Paustenbach himself played a large role in the presenting ChemRisk's proposal to the Chrome Coalition. [3,4]

The documents also explain how ChemRisk had previously been successful in weakening other pending OSHA standards. [3,4] One document, for example, describes how Paustenbach gave the Coalition "a detailed comparison between ChemRisk's activities specific to the benzene rulemaking and similar expected results using the same effort for the Cr+6 rulemaking." [4] Another document explains how ChemRisk cited the "establishment of a PEL for benzene of 0.5 ppm rather than 0.1 ppm... as a recent instance of a large scale effort that produced a result industry could live with that was not as low as OSHA had originally intended to go." [3] Paustenbach also describes similar successes ChemRisk had had with the OSHA standard for 1,3-butadiene. [4]

Paustenbach was highly confident that ChemRisk's work could influence the OSHA standard — even going so far as to say that he was "quite certain that a positive impact can be made" on the chromium standard. The phrase "positive" used here refers, of course, to an impact that would benefit the interests of the chromium industry — not worker health. [4] Paustenbach and his colleagues at ChemRisk were apparently successful in convincing the Chrome Coalition that their proposed scientific analyses would influence the chromium standard, as the two parties entered into a contract several months later. [5]

It is important to note that EWG is not taking issue with the merits of the scientific analyses that ChemRisk went on to produce for the Chrome Coalition (although such a critique might be warranted), nor with the simple fact that ChemRisk has worked repeatedly for the chromium industry. Rather, we are highlighting how ChemRisk has been engaged for many years in a practice of designing scientific studies to help its industry clients to undermine public health protections; how much of ChemRisk's work has focused on challenging the claim that hexavalent chromium is carcinogenic — or as carcinogenic as agency scientists have believed; and how ChemRisk not only hid its involvement with the 1997 JOEM study as detailed in our first letter, but also investigated hiding its involvement in another epidemiological study of cancer and hexavalent chromium exposure.

In summary, ChemRisk's activities described in the attached documents are further evidence for the charges we laid out in our first letter. They call into question the firm's basic ethical standards, and whether ChemRisk's studies can really be considered "objective" by any measure of the word. And they provide many more reasons why studies conducted by the firm's staff should not be afforded the legitimacy of publication in JOEM. With this letter, EWG is renewing our previous request that the Journal retract the 1997 Zhang and Li paper, alert the scientific community of the ethical breaches, bar all those who were involved from publishing in JOEM in the future, and bar all studies either conducted by ChemRisk or funded by PG&E from appearing in the Journal. We are also asking the Journal to update us as to the status of its investigation and inform us as to when JOEM's editorial board is expected come to a decision.

Thank you for your ongoing attention to this matter. As before, if you have any questions or would like more information, please let us know.

[2] Affidavit of Dr. Joel Barnhart, Vice President of Elementis Chromium and chair of the Chome Coalition. December 17, 2004. U.S. Bankruptcy Court for the Western District of Pennsylvania. Available at: http://www.biomedcentral.com/content/supplementary/1476-069X-5-5-S5.pdf 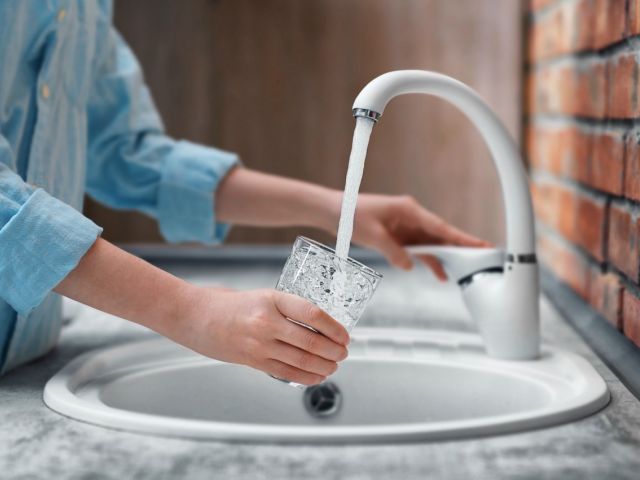 August 16, 2017
In 2016, an EWG report found that chromium-6 – a cancer-causing compound made notorious by the film “Erin Brockovich” – contaminated the tap water supplies of 218 million Americans in all 50 states... 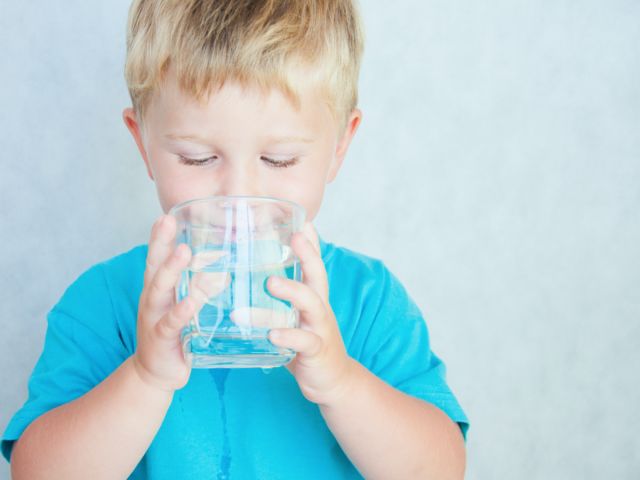 Drinking water supplies for two-thirds of Americans are contaminated with the carcinogenic chemical made notorious by the film "Erin Brockovich," which was based on the real-life poisoning of tap... 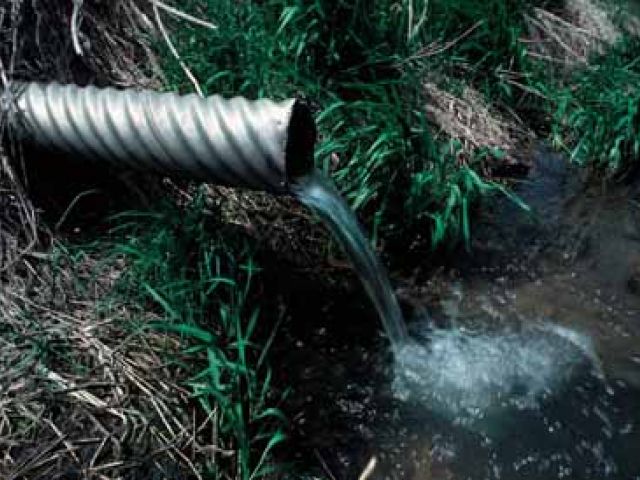 August 17, 2012
This week, EWG joined the Natural Resources Defense Council (NRDC) in filing a suit against California regulators for failing to develop a drinking water standard to protect millions of state... 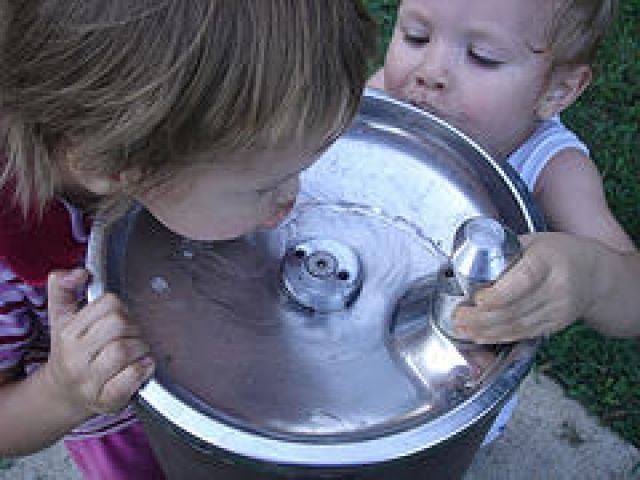 January 4, 2012
In 2010, EWG identified chromium-VI contamination in the drinking water of 31 of the 35 cities we tested. One Kentucky city has stepped up to solve that problem.
All News
Back to Top