Toxic Algae Blooms: What You Should Know 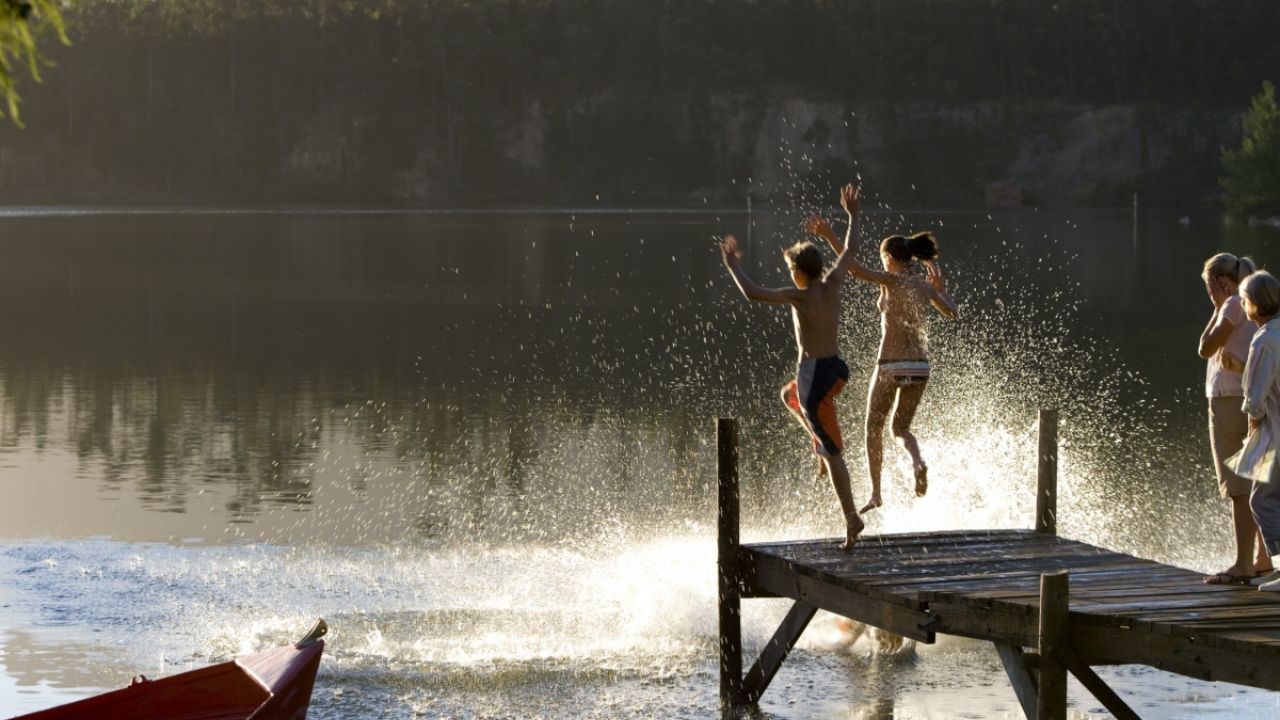 Toxic algae blooms are a growing epidemic, polluting lakes and other waterways across the U.S., as a 2018 EWG report revealed. They can occur any time, but they thrive when water is warmer, usually from May through October.

Toxic algae blooms occur when bacteria-laden fertilizer and manure from farms run off into waterways, triggering the growth of a thick, blue-green goop on the water’s surface. (This slime is technically not algae, but microscopic single-celled organisms.) Not all blooms are toxic, but those that are produce toxins called microcystins, and other poisons.

These toxins can cause serious human health impacts. Short-term exposure through skin contact, inhalation or ingestion can cause sore throat, nausea, vomiting, diarrhea and liver damage. Long-term exposure can lead to sperm damage, liver failure and even cancer.

No one knows how many Americans are sickened by algae outbreaks each year. But a study by the federal Centers for Disease Control and Prevention reported that 61 people in Ohio, New York and Washington became ill through exposure to blooms in freshwater lakes in 2009 and 2010.

Two-thirds of those affected were teenagers and young children, who are at greater risk of exposure from ingesting water. But adults were also affected: A Michigan man reported being ill for months after handling fish he caught in Lake Erie during an outbreak.

The blooms can also be hazardous to pets and wildlife. In 2015, the East Bay Regional Park District, near San Francisco, closed five lakes after three dogs died.

Toxic algae blooms have also caused massive fish die-offs and harmed other marine life – which can devastate local economies that rely on commercial fishing, tourism and recreational activities such as swimming and boating.

Currently no government entity publicly tracks toxic algae blooms nationwide. EWG’s analysis of news reports found that, between 2010 and March 2019, more than 520 blooms were reported in rivers, lakes, and bays in 47 states. In 2018, 255 toxic blooms were reported in 38 states, compared to 2010, when only three blooms in three states were documented. They’re now an annual phenomenon, and they’re not going away any time soon.

EWG experts expect 2019 to be no exception to this trend, with toxic blooms appearing across the U.S. – some with significant negative impacts on local economies, recreation and even tap water.

If you see algae that is bluish-green or looks like pea soup in a lake or other water body, contact the local health department to let them know and have it tested for toxins. You can also reach out to local media to try to get coverage of the issue.

For updates on toxic algae blooms, keep an eye on our map, which we’ll update weekly throughout the summer.

Other resources on toxic algae blooms: