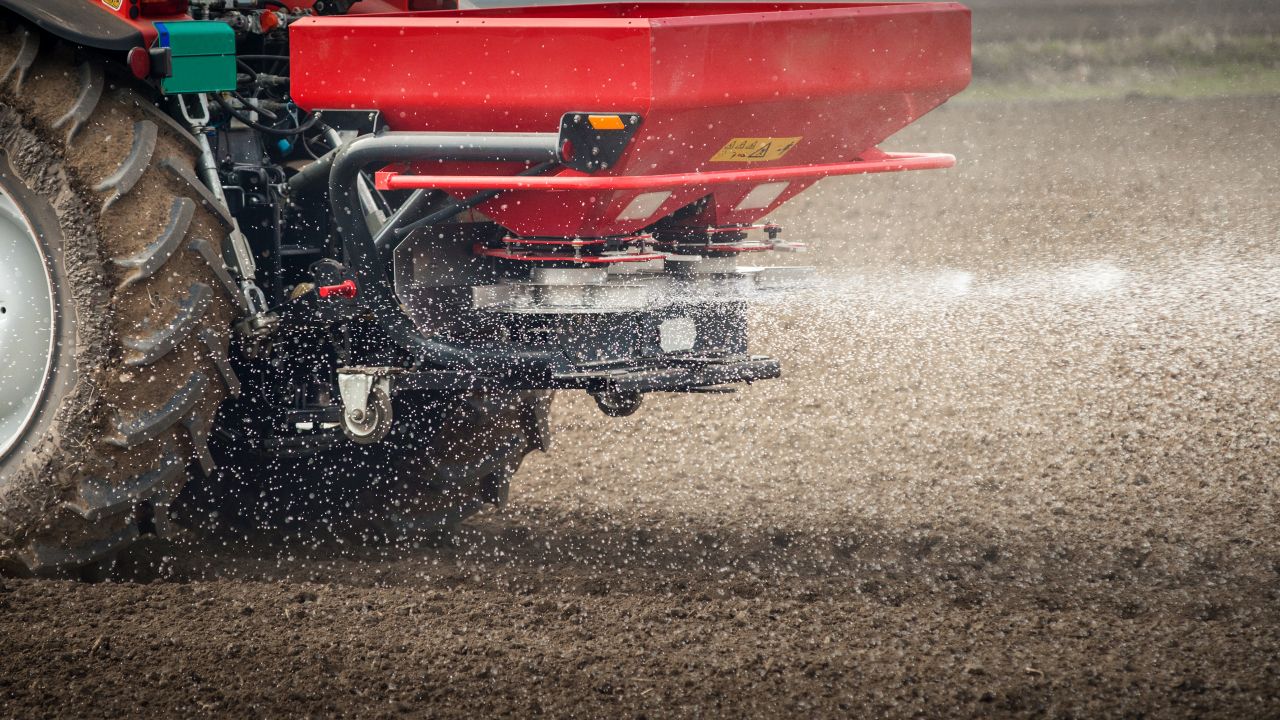 Large-scale industrial agriculture in the United States and much of the world releases more air pollution than all other emissions sources combined, much of it forming fine particles that are “a huge source of disease and death,” a team of scientists at Columbia University report in a startling new study.

The research presents a view of farming and its impact on the environment and human health that is radically different from the bucolic images and storylines spun by big agribusiness companies and their trade associations.

The new paper, published earlier this week (May 16) in the journal Geophysical Research Letters, calls industrial agriculture in the northern hemisphere the driving factor in “atmospheric aerosol pollution.” In a summary of their paper, Susanne Bauer, Kostas Tsigaridas and Ron Miller write:

Here we show how agricultural practices, livestock production, and the use of nitrogen fertilizers impact near-surface air quality. In many densely populated areas, aerosols formed from gases that are released by fertilizer application and animal husbandry dominate over the combined contributions from all other anthropogenic [human caused] pollution.

An accompanying news release from Columbia’s Earth Institute said “emissions from farms outweigh all other human sources of fine-particulate air pollution in much of the United States, Europe, Russia and China.” It added that “agricultural air pollution comes mainly … from heavily fertilized fields and livestock waste,” emissions that combine with pollutants from vehicle exhaust and other combustion sources “to create tiny solid particles that … can penetrate deep into lungs, causing heart or pulmonary disease.”

In a report on the study for The Guardian website, journalist Fiona Harvey noted that the microscopic particles “can stick in the fine lung tissue of children and adults, causing breathing difficulties, impaired lungs and heart function, and eventually even premature death.”

A separate study in the journal Nature in September of last year estimated that fine particulate pollution is likely responsible for 3.3 million deaths every year around the world, including more than 54,000 in the U.S. in 2010. More than 16,000 of those deaths were the result of farm pollution, the study concluded.

Farm pollution from synthetic fertilizers and manure runoff is also the leading cause of water contamination in the U.S., which can double the risk of some types of cancer and fuel blooms of toxic algae.

While many farmers do their part to protect the environment and reduce farm pollution, most do not. That’s because the incentives are all backwards.

Ironically, farms are largely exempt from federal laws intended to clean up water pollution. Moreover, U.S. taxpayers largely subsidize the agricultural pollution problem in the form of unlimited crop insurance subsidies. That money overwhelmingly flows to the largest, most successful farm operations and promotes the use of synthetic fertilizers.

Instead of creating incentives that worsen farm pollution, Congress should close the loopholes that exempt agriculture from most environmental laws and mandate that anyone who receives farm subsidies must take steps to reduce the pollution flowing from crop fields into streams, rivers and lakes that are drinking water sources for millions of Americans.

January 22, 2021
The administration of President Joe Biden has a mountain of work to do to reverse the damage done by the Trump administration. It should begin by taking swift action to ban and restrict the toxic...
All News
Back to Top