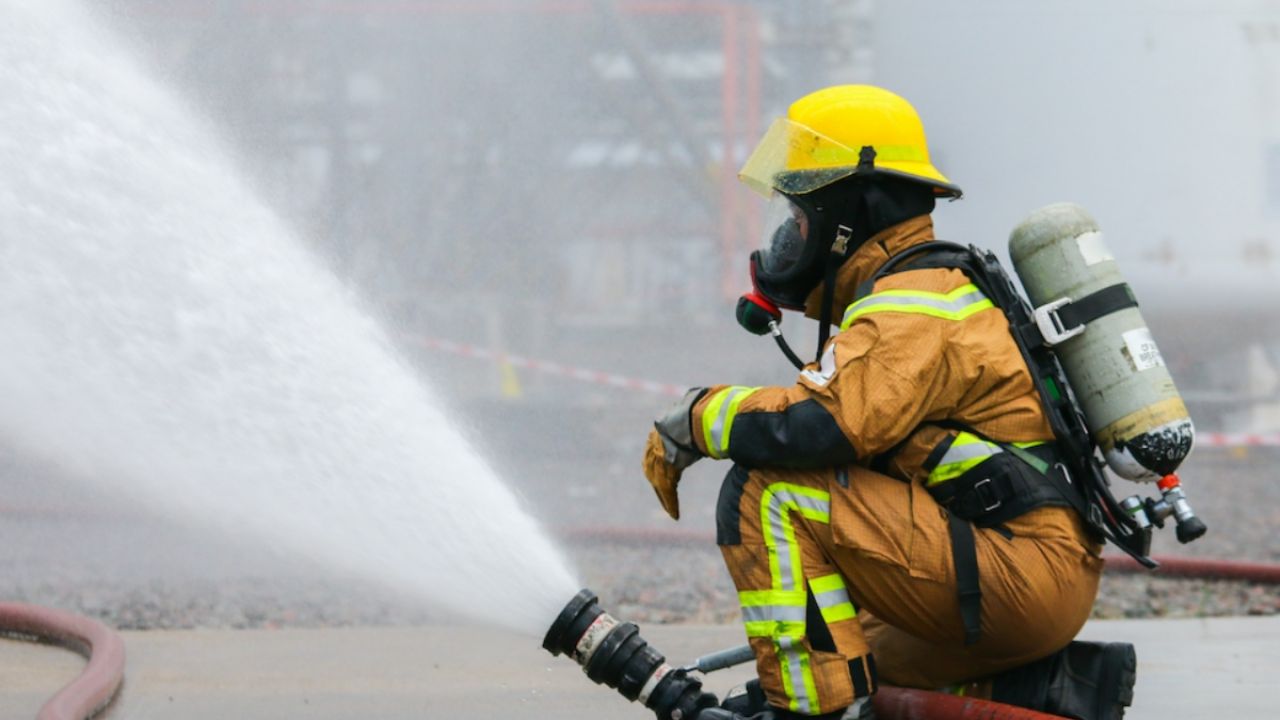 Data newly released by the Environmental Protection Agency show almost 900 spills or uses of firefighting foam made with the toxic “forever chemicals” known as PFAS across the U.S. and the amount that entered local waterways.

It is unclear whether surrounding community water supplies were contaminated by PFAS from the spills or use of the aqueous film-forming foam, or AFFF, that contained the chemicals.

The data, recorded by the National Response Center and posted to the EPA’s website, show that since 1990, there have been exactly 897 documented spills or usage reports of AFFF containing PFAS. Many of the sites with the largest foam releases were Department of Defense and federal facilities, but some were commercial harbors and civilian firefighting events.

The highest releases entering waterways in the past 30 years

The largest amount to reach water was 805,000 gallons at Melbourne Orlando International Airport, in Melbourne, Fla., when a fire at a hangar caused the AFFF system to release.

PFAS are found in the blood of virtually everyone, including newborn babies. Very low doses of PFAS have been linked to suppression of the immune system and are associated with an elevated risk of cancer, increased cholesterol, reproductive harms and other health concerns.

Thousands of communities have already detected these toxic forever chemicals in their water, and PFAS have been confirmed at nearly 400 military installations. EWG estimates that more than 200 million Americans are drinking water contaminated with PFAS.

DOD sites are responsible for six of the 10 largest spills in the data posted to the EPA’s website, and the Pentagon has known of the risks to communities posed by PFAS since at least 1980s but took decades to act. The 2021 National Defense Authorization Act requires that by 2024 the DOD no longer use firefighting foam made with PFAS.

The Federal Aviation Administration is required to allow airports the option of switching to firefighting foams that don’t contain PFAS but let the deadline pass for updating its standards, despite having had three years to act. Even though Congress set the deadline in 2018 as part of that year’s FAA Reauthorization Act, the agency has said it needs more time. So airports will keep being forced to use AFFF, which is typically used on high-heat fuel fires.

Viable foam alternatives have been on the market for almost 20 years. Nearly 100 fluorine-free foams have been identified by the New York State Pollution Prevention Institute, and now there is an eco-label to certify PFAS-free foams. These foams are already being used successfully by airports, militaries, and oil and chemical companies around the world.

Many of these foams meet the International Civil Aviation Organization Level B standards used by airports across the globe. All 27 major Australian airports have made the transition to fluorine-free foams, as have many major international airports, including London’s Heathrow and Gatwick, Paris Charles De Gaulle and Dubai.

Increasingly, states aren’t waiting to use safer and effective alternative foams. In 2018, Washington state banned PFAS in firefighting foam but exempted oil facilities, chemical plants and airports – and then eliminated those exemptions in 2020.