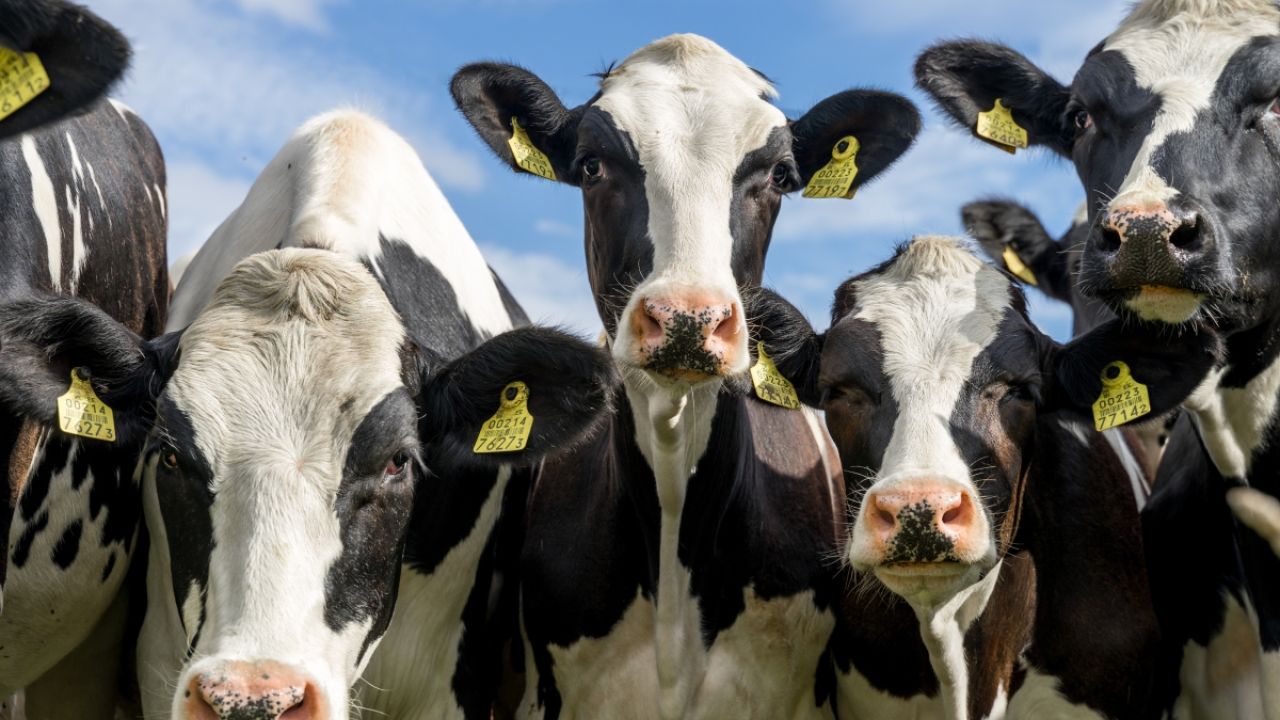 During a recent hearing on Capitol Hill, lobbyists for the beef industry claimed the greenhouse gas emissions caused by beef production are simply too small to matter in fighting the climate crisis.

Here’s what the facts say: Beef alone accounts for over 5 percent of all U.S. greenhouse gas emissions.

According to research conducted by the industry itself, if the total number of beef cattle in the U.S. represented a country, it would be the 24th largest source of greenhouse gases in the world. In 2020, U.S. beef cattle produced more greenhouse gas emissions than all of Spain.

That’s not too small to matter.

Even if we stopped burning fossil fuels today, greenhouse gas emissions from food and farming – largely from beef and dairy – could make a climate catastrophe unavoidable.

Despite Big Beef’s attempts at misdirection, emissions from agriculture are increasing – more than 12 percent since 1990, according to the Environmental Protection Agency.

Beef has the biggest climate footprint of any protein source.

Let’s look behind the numbers. Direct methane emissions from animals account for the biggest share of beef’s greenhouse gases, and methane has 80 times the warming power of carbon dioxide.

At a time when regulators are demanding methane reductions from the oil and gas industry, Big Beef’s emissions are definitely not too small to matter.

But methane emissions are not the only way beef cattle contribute to the climate crisis. Plowing up land to grow animal feed releases carbon dioxide from the soil, and fertilizing that animal feed with nitrogen fertilizers releases nitrous oxide emissions, a greenhouse gas 300 times more powerful than carbon dioxide. But when the industry performs studies or uses EPA data, it often leaves out the emissions from fertilizers and feed.

Adding these greenhouse gas emissions to Big Beef’s tab, the climate cost gets even higher.

And that doesn’t include the long shadow beef production casts on air and water quality in rural and urban communities.

Air pollution caused by meat production leads to more than 12,000 premature deaths annually – more than deaths associated with emissions from coal-fired power plants – because of ammonia and particulate matter. The nutrients in animal waste and the fertilizer used to grow animal feed also fuel the growth of toxic algae blooms.

Big Beef hopes the adoption of better practices – like using feed additives – will reduce the industry’s emissions. These incentives could help. But experts say that incentives alone will not be enough if protein demand doubles, as many expect.

Any solution must also increase demand for plant-based and other alternative proteins. The U.S. is the global leader in alternative protein innovation, but that could quickly change – as has been the case with the wind and solar industries. In addition to China, Australia, Canada, Denmark, the EU, Israel, the Netherlands, Qatar, Singapore, Sweden and the U.K are investing heavily in the development of alternative proteins.