What are PFAS chemicals? 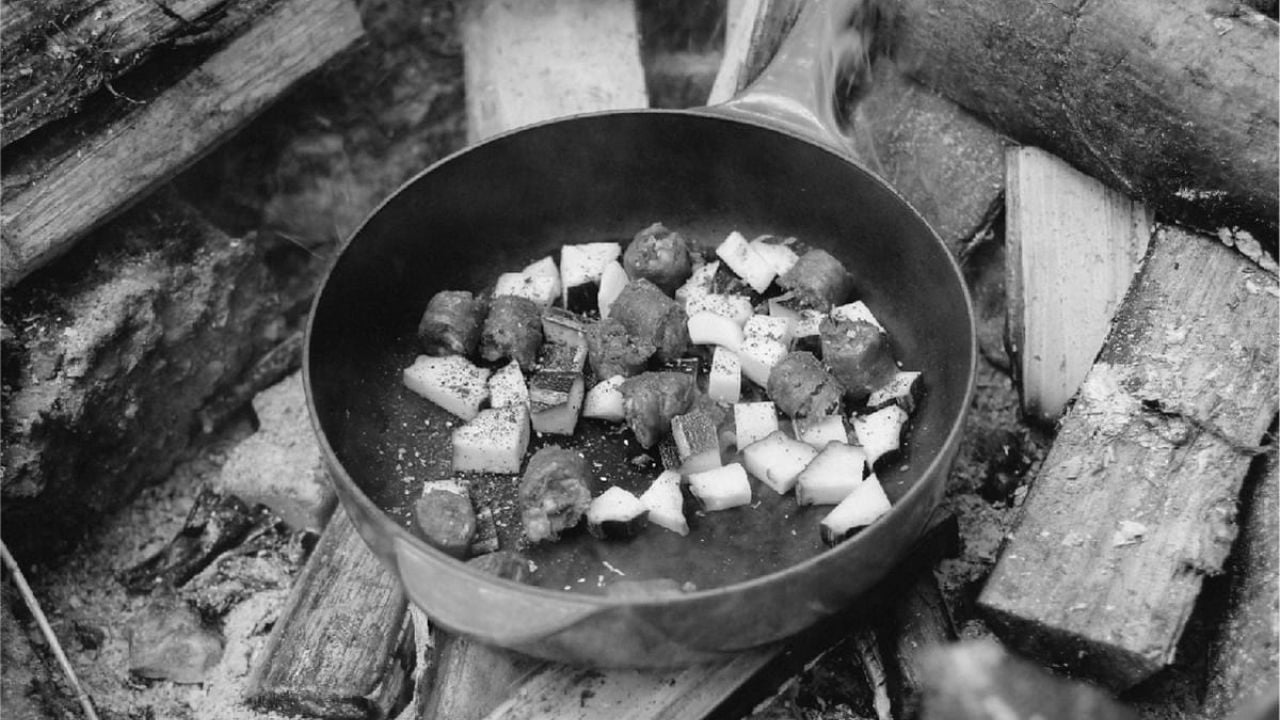 The ‘forever chemicals’ in 99% of Americans

Hundreds of everyday products are made with highly toxic fluorinated chemicals called PFAS. They build up in our bodies and never break down in the environment. Very small doses of PFAS have been linked to cancer, reproductive and immune system harm, and other diseases.

For decades, chemical companies covered up evidence of PFAS’ health hazards. Today nearly all Americans, including newborn babies, have PFAS in their blood, and more than 200 million people may be drinking PFAS-tainted water. What began as a “miracle of modern chemistry” is now a national crisis.

In 1946, DuPont introduced nonstick cookware coated with Teflon. Today the family of fluorinated chemicals that sprang from Teflon includes thousands of nonstick, stain-repellent and waterproof compounds called PFAS, short for per- and poly-fluoroalkyl substances.

PFAS are used in a staggering array of consumer products and commercial applications. Decades of heavy use have resulted in contamination of water, soil and the blood of people and animals in the farthest corners of the world. PFAS are incredibly persistent, never breaking down in the environment and remaining in our bodies for years.

DuPont invented the PFAS chemical patented as Teflon, but 3M became its main manufacturer. In 2001, a scandal erupted in Parkersburg, W.Va., after discovery of the Teflon chemical in the drinking water of tens of thousands of people near a DuPont plant. (The story is documented in the film “The Devil We Know.”)

A class-action lawsuit uncovered evidence DuPont knew PFAS was hazardous and had contaminated tap water but didn’t tell its workers, local communities or environmental officials. The lawsuit also triggered studies linking the Teflon chemical to cancer and other diseases.

What are the health risks of PFAS?

The most notorious PFAS chemicals – PFOA, the Teflon chemical, and PFOS, an ingredient in 3M’s Scotchgard – were phased out in the U.S. under pressure from the Environmental Protection Agency after revelations of their hidden hazards. (They are still permitted in items imported to this country.) Numerous studies link these and closely related PFAS chemicals to:

PFOA, PFOS and the related phased-out compounds are called “long chain” chemicals because they contain eight carbon atoms. Since these chemicals have been phased out, the EPA and the Food and Drug Administration have recklessly allowed the introduction of scores of “short chain” replacements, with six carbon atoms.

Chemical companies claim this structure makes them safer. But DuPont admits that the short-chain chemical GenX causes cancerous tumors in lab animals. A 2019 Auburn University study found that short-chains may pose even worse risks than long-chains, which supports scientists’ growing agreement that the entire class of PFAS are hazardous.

How are we exposed to PFAS chemicals?

EWG and the Social Science Health and Environmental Health Research Institute track PFAS contamination reported by federal and state authorities. As of July 2019, our tracking map shows that PFAS contaminates public drinking water systems serving 19 million people in 49 states. Michigan has the most PFAS sites, but that’s largely because most other states have not tested for the chemicals as extensively. Unreleased federal data suggest that up to 110 million Americans could have PFAS-contaminated drinking water. 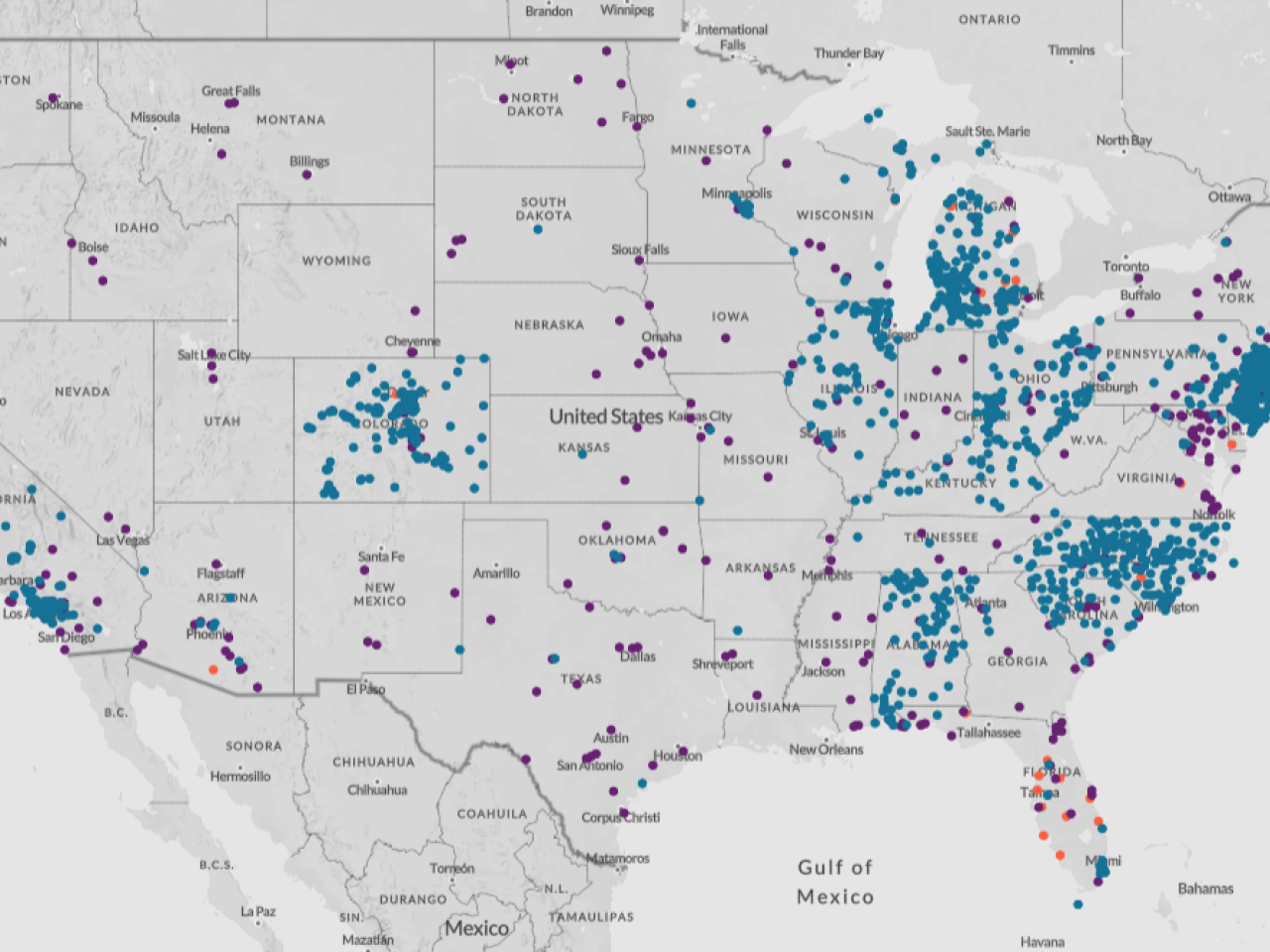 The number of U.S. communities confirmed to be contaminated with the highly toxic fluorinated compounds known as PFAS continues to grow at an alarming rate. As of June 2022, 2,858 locations in 50 states and two territories are known to be contaminated.

But drinking water is not the main route of PFAS exposure for most Americans:

Who is responsible for PFAS pollution?

As far back as 1950, 3M studies showed PFAS could pollute people’s blood. By the 1960s, 3M and DuPont animal studies showed that PFAS were health hazards. In the 1980s, both companies linked PFAS to cancer and found elevated cancer rates among their own workers. But they kept these and other studies secret. Here is a timeline of internal memos, studies and other documents detailing the decades-long deception.

Six other companies that made PFOA were subject to the PFOA phaseout. They included Arkema, Asahi, BASF, Clariant, Daikin and Solvay Solexis. In 2015, DuPont spun off its PFAS business to a new company named Chemours. Chemours’ PFAS plants have also polluted drinking water, and the two companies are locked in a legal battle over who will pay to clean up contamination.

At least 475 industrial facilities may be discharging PFAS into the environment. Yet there are currently no restrictions on industrial PFAS discharges under the federal Clean Water Act or the Clean Air Act. Here’s a map of those facilities.

Despite knowing about the hazards of PFAS-based firefighting foam, the Defense Department continued to use it for decades and now is fighting efforts to clean up legacy pollution. This map shows military sites where drinking water or groundwater is contaminated with PFAS at levels above the EPA’s advisory level.

But they kept those facts from the public. EWG has compiled documents that detail decades of deception.

What is being done about the PFAS contamination crisis?

The EPA has known about the hazards of PFAS at least since 1998, when 3M provided studies that led to the withdrawal of the Scotchgard chemical from the market. Since then, despite mounting evidence of PFAS’ toxicity and contamination, the EPA has inexcusably dragged its feet.

The EPA has failed to set a legal limit for any PFAS in tap water, and its non-enforceable health advisory level for PFOA and PFOS is 70 times higher than what independent studies show is needed. In 2019 the EPA announced a toothless “action plan” that would do nothing to reduce ongoing PFAS releases or clean up legacy PFAS pollution.

Like the EPA, the FDA has recklessly let the chemical industry introduce new PFAS chemicals for use in food wrappers and packaging, with scant safety testing. FDA found PFAS in popular foods but didn’t make the findings public. After the results leaked, top agency officials said PFAS in food is “not a concern.”

The Defense Department has also failed to deal adequately with the crisis. The Pentagon tried to block release of a federal toxics agency’s recommendation of a much lower safe level of PFAS than the EPA’s health advisory level. It lobbied the White House to back woefully weak cleanup standards.

In response to the failure to act by the EPA, the FDA and the Pentagon, Congress has stepped up. In June and July 2019, the House and Senate passed versions of an annual defense spending bill that includes provisions to limit PFAS discharges into drinking water supplies and to quickly end the military’s use of PFAS in food packaging and firefighting foam. Both bills would expand PFAS monitoring: The Senate bill would expand reporting of PFAS discharges, and the House bill would require polluters and the DOD to clean up legacy PFAS pollution. The final bill is under negotiation, but President Trump has threatened to veto it.

States have also stepped up. Michigan, New Jersey, Pennsylvania and other states have proposed or enacted limits for PFAS in drinking water that are significantly lower than the EPA’s advisory level. Washington and Maine have banned PFAS in food packaging, and at least five states have restricted the use of PFAS-based firefighting foam. California is the first to require utilities to test tap water for PFAS and inform their customers.

Protect yourself against PFAS

Tougher laws and regulations are essential, but you can also take steps to protect yourself and your family today. Learn how to reduce your exposure to PFAS chemicals in drinking water and consumer products.

Read more
Back to Top