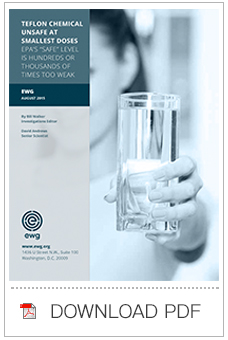 Every time they drink a glass of tap water, people in the mid-Ohio River Valley of West Virginia and Ohio may be consuming unsafe amounts of an industrial chemical linked to cancer, birth defects, heart disease and other illness. More than a decade after this threat became known, government regulators have failed to set enforceable standards to ensure the water is safe – and now, new science says the danger may be much greater than either residents or regulators thought.

In 2005, DuPont settled a class-action lawsuit brought on behalf of 70,000 mid-Ohio Valley residents for decades of fouling their drinking water with a highly toxic chemical once used to make Teflon. As part of the settlement, DuPont1 is paying for technology to filter – but not eliminate – the toxin from six area water systems.

Next month, the first of approximately 3,500 personal injury lawsuits2 from mid-Ohio Valley residents who got sick from drinking the contaminated water will go to trial. The U.S. Environmental Protection Agency has spent a decade studying the health hazards of the Teflon chemical, known as PFOA,3 but may take another four to six years before even deciding whether to set a legally enforceable maximum pollution level for drinking water. In 2009, EPA set a non-enforceable Provisional Health Advisory level – a temporary, voluntary standard to help utilities and health officials decide when to take action to reduce peoples’ exposure – but the agency didn’t follow up with a rule that carries the force of law. That advisory level remains the only federal guidance on how much PFOA is safe in drinking water.

Now two leading environmental health scientists have published research with alarming implications: PFOA contamination of drinking water is a much more serious threat to health, both in the mid-Ohio Valley and nationwide, than previously thought. Their research finds that even very tiny concentrations of PFOA – below the reporting limit required by EPA’s tests of public water supplies – are harmful. This means that EPA’s health advisory level is hundreds or thousands of times too weak to fully protect human health with an adequate margin of safety. The implications: 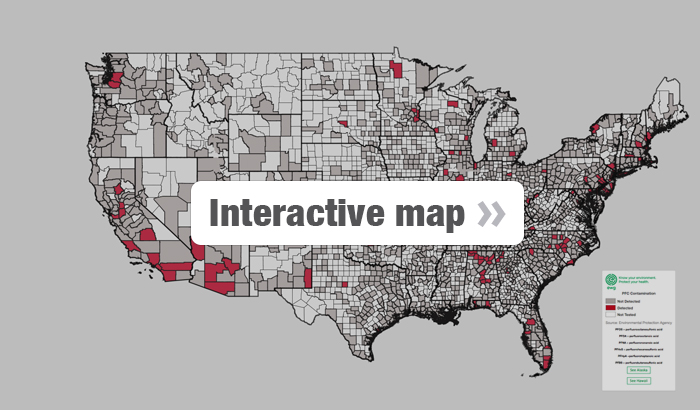 1 In July 2015 DuPont spun off its fluorochemicals business to a new company named Chemours, which will also inherit DuPont’s liabilities for PFOA pollution.

2 The thousands of individual suits have been consolidated into one case in federal district court in Columbus, Ohio. Two individual test cases will be tried first, starting Sept. 14.

3 Perfluorooctanoic acid. DuPont referred to the compound as C8, and much of the regulatory and scientific literature on the pollution in the mid-Ohio Valley uses that designation.

4 Letter from attorney Robert A. Bilott to EPA regional administrators and the West Virginia Department of Environmental Protection, January 20, 2015.

Tap Water
PFOA pollution is worldwide – and in people’s blood ›