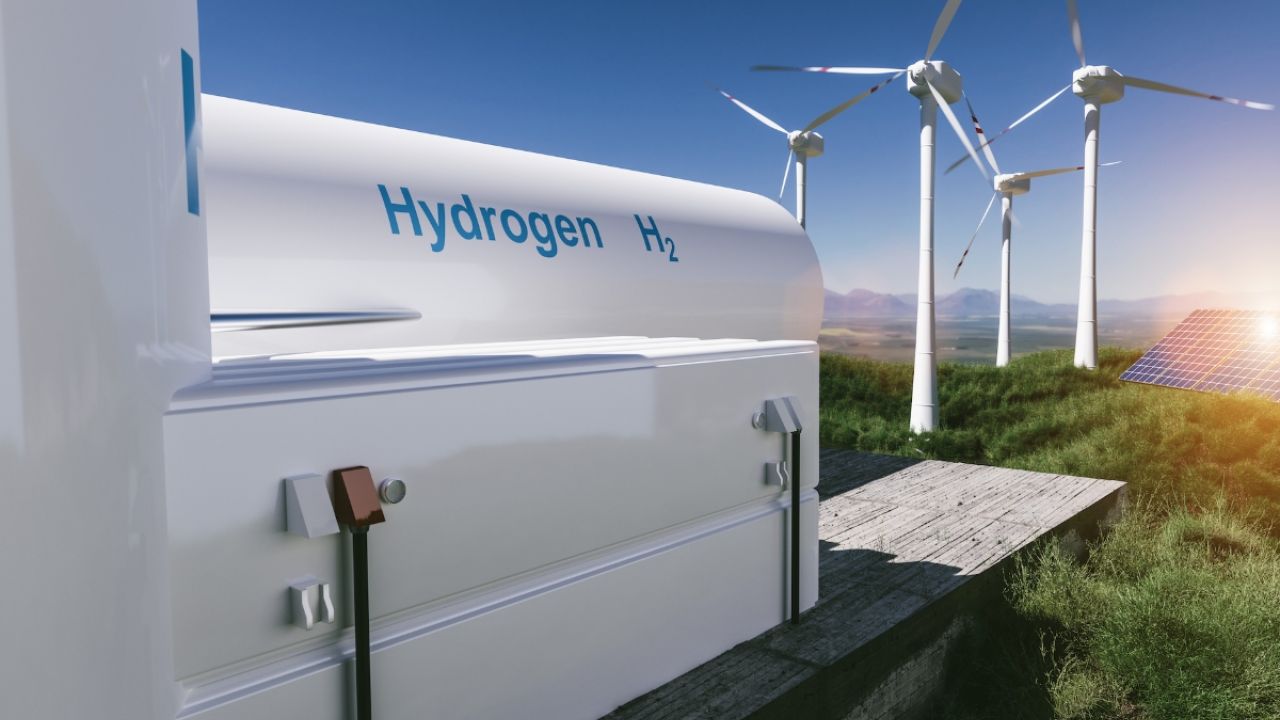 Green hydrogen is emerging as a leading clean energy technology that can accelerate the transition from dirty, dangerous and water-guzzling power sources like coal and nuclear power to reliable, affordable energy that helps tackle the climate crisis.

Utilities, policymakers and many members of Congress remain slow to recognize how perilous the current “all of the above” energy policy is, given that it will continue to rely on all possible power sources, including outdated fossil fuel power. Three key constraints should force supporters of that money-draining plan to change course: increasing water scarcity due to the climate emergency, rising costs of operating heavy-emitting energy facilities and the burgeoning threat to public health.

The clean energy solution that could succeed in curbing carbon emissions, saving ratepayers money on their power bills and reducing adverse impacts on water supplies, is green hydrogen. It is the best way to produce hydrogen, separating hydrogen from oxygen in water using wind, solar or hydro.

The shades of hydrogen

Hydrogen could help with decarbonizing key sectors, including long-term electric power storage, long-haul shipping and transport, and certain types of manufacturing. But the fuel source is not readily available, and not all production methods are created equal.

There are currently seven color-coded derivatives of hydrogen production:

Almost all hydrogen today, both in the U.S. and globally, is derived from natural gas through a process called steam-methane reforming.1 Natural gas consists mainly of methane, carbon and hydrogen. The reforming process requires steam, with nickel as a catalyst,2 and an energy source, typically a natural gas plant3 to generate the steam.

In the final stage of the process, carbon dioxide is removed from the hydrogen, forming nearly pure hydrogen. That carbon dioxide waste is typically released to the atmosphere, contributing to the climate crisis.4

In the U.S., about 9 million tons of hydrogen are produced annually and used primarily in refining, treating metal, as in the manufacture of stainless steel, and food processing.5 California, Louisiana and Texas produce most of the hydrogen for the U.S. market.6 If this amount of hydrogen were used in the transportation sector, it could fuel up to 30 million automobiles,7 with major implications for reducing carbon emissions from vehicles.

Reforming technology, first introduced in the U.K. in 1936, has a long history.8 A technology created in the late 1800s and used extensively until the 1970s was the hydrogen electrolyzer – separating water into hydrogen and oxygen.9

Historically, the alkaline electrolyzer, which uses a liquid electrolyzer, was the dominant and only design. New, simpler varieties of electrolyzer are being developed that might help reduce the cost and improve the viability of producing hydrogen without fossil fuels.

Methane pyrolysis uses electricity to generate heat, which is known as thermal decomposition of natural gas or methane,10 and could be powered by renewables. The process breaks methane into its constituent parts – hydrogen and solid carbon, not carbon dioxide gas. And the solid carbon could be used in manufacturing, such as replacing steel for vehicle bodies.

And the nuclear power industry views hydrogen production from existing and new nuclear units as an additional revenue stream to keep its energy economically viable.11 But the process is a major water guzzler – it’s not a realistic strategy in the long-term.

Many of the hydrogen production methods under consideration could significantly reduce the power sector’s adverse impacts on U.S. water supplies, which are dwindling as a result of the climate crisis. A number of major utilities throughout the country face problems with water scarcity that underscore the reasons their reliance on water-intensive power sources needs to end.

A 2017 study by Northeastern University and the German Research Centre for Geosciences found U.S. power production faces risks from rising water temperatures and scarity due to the climate emergency.12 And a 2021 S&P Global Market Intelligence shows that by 2030, nearly 70 percent of natural gas plants – more than 60 percent of the nuclear fleet – and 45 percent of the coal-fired power plants will “face medium-high to extremely high water stress” in the contiguous U.S.13

Both Duke Energy and Xcel Energyi have been criticized for their natural-gas-laden business plans because of their cost and climate impacts,14 but water should also be a centerpiece of the pushback and considered when regulators weigh approval of new construction.

The natural gas infrastructure – more than a million facilities, including compressor stations, processing plants and wells,15 nearly 700,000 of which are hydraulically fractured wells,16 and 3 million miles of pipelines17 – uses enormous amounts of water, due to the method of natural gas extraction known as hydraulic fracturing or fracking.

The oil industry uses the same method for oil extraction, and both methods release enormous amounts of carbon emissions. Even for blue hydrogen that uses carbon capture technology, researchers at Cornell and Standford University see no climate benefit, concluding that “blue hydrogen is best viewed as a distraction, something that may delay needed action to truly decarbonize the global energy Economy.”18

Once-through water cooling systems for power plants withdraw then discharge water, although at higher temperatures, into the source it was extracted from. By contrast, water used in fracking is essentially lost underground or mixed, if returned to the surface, with a slurry of briny water and toxic substances, according to Duke University.20

Green hydrogen scale-up is possible in a water constrained world

Green hydrogen is now competing with methane reforming. Others suggest nuclear power as a low-carbon emitting source of hydrogen. But how does water usage stack up? It would decrease with a renewables-dominant electric system supported by green hydrogen.

International Renewable Energy Agency data projects that by 2050, total water consumption from green hydrogen production globally, meeting all hydrogen needs, would be about 3 trillion gallons per year. This is less than what the entire U.S. energy system consumes, including electric power, ethanol production and evaporation from hydro-electric dam reservoirs, or 3.5 trillion gallons per year, and about three times as much water as the U.S. power system consumes.21 The freshwater consumption from this volume of hydrogen production would be less than one percent of current total global freshwater consumption.iii

Water usage from other shades of hydrogen could have less beneficial impacts on overall consumption, so green hydrogen appears the best option for the environment.

Hydrogen versus hydrogen: Green power on course for best choice

Green hydrogen’s main competitor now – and cheapest method of hydrogen production, gray hydrogen – is methane reforming to create hydrogen from natural gas, releasing carbon dioxide into the atmosphere. The current cost of green hydrogen is now $3 to $5 more per kilogram, or 2.2 pounds,22 but the situation is about to change drastically.

There is an emerging consensus among analysts that green hydrogen will compete with gray hydrogen within a decade or less, depending on the region.23

In the U.S., green hydrogen will reach cost competitiveness with blue hydrogen by 2030 and with gray hydrogen shortly thereafter, quickly leading to a lower demand for blue hydrogen.

To help speed the shift to green hydrogen, in December 2020, a consortium of six of the largest global green hydrogen producers announced the Green Hydrogen Catapult initiative to accelerate that process, increasing global production of green hydrogen fiftyfold.24 It’s just one of many examples EWG has found of such projects. (See Appendix A.)

Pink hydrogen has already lost the financial battle with green hydrogen. Existing nuclear power plants or yet to be commercialized small modular nuclear25 units are the other option being considered for hydrogen production using electrolyzers. Beyond the voluminous water demands of nuclear power we have already noted, EWG research released in June showed how expensive nuclear power is, with no relief on cost provided by modular units, whose commercialization is questionable.26

Going all in on a green hydrogen-fueled future

It’s clear that an all-of-the-above U.S. energy system dominated by thermo-electric, water-cooled coal, nuclear and natural gas power plants is no longer sustainable for our climate, our water supplies, a reduction in adverse public health impacts by ending harmful practices such as fracking, or the economic well-being of overburdened ratepayers.

Policymakers, Congress and other supporters of this failing strategy must stop propping up carbon capture and nuclear power with subsidies and bailouts, and shift to clean energy options that will continue to decline in price with improved efficiencies.

And it’s clear that green hydrogen will soon be a prevailing cost-effective and environmentally beneficial clean energy power source that can bolster grid reliability. Instead of going all in on failing fossil fuel and nuclear energy production, it’s time to go all in on a green hydrogen-fueled future.

i Pressured by advocacy organizations, Xcel backed off its plans for a large natural gas plant, instead vying for two smaller ones with much lower capacity factors and more renewables, saving customers $600 million. https://www.startribune.com/xcel-drops-plan-for-big-new-gas-power-plant-in-becker/600072020/?refresh=true

iii The 2015 International Renewable Energy Agency, or IRENA, Global Energy Outlook report (cited in  https://irena.org/-/media/Files/IRENA/Agency/Publication/2020/Dec/IRENA_Green_hydrogen_cost_2020.pdf) estimated that hydrogen providing 6 percent of end use energy globally by 2050 would be 160 megatons of hydrogen per year, equating to 3 billion cubic metric tons of water, which is 792.5 billion gallons of water.

In 2021, IRENA updated that information, saying that hydrogen would need to provide 12 percent of end-use energy globally, or 613 megatons per year by 2050. This is 3.8 times more than the 2020 report, or 11.4 billion cubic meters or water, equating to 3 trillion gallons. https://www.irena.org/-/media/Files/IRENA/Agency/Publication/2021/March/IRENA_World_Energy_Transitions_Outlook_2021.pdf

In 2018, the University of Southern California released data concerning U.S. power system water withdrawals and consumption. The researchers found that the U.S. energy system (including power plants, irrigation and water use for ethanol production, and evaporation from hydro-electric dam reservoirs) withdraws 58 trillion gallons per year and consumes 3.5 trillion, of which power plants withdraw 90 percent, or 52 trillion gallons, and consume about a third, or about 1.2 trillion gallons. https://viterbischool.usc.edu/news/2018/08/how-much-water-is-used-to-fulfill-the-energy-needs-of-the-us/ 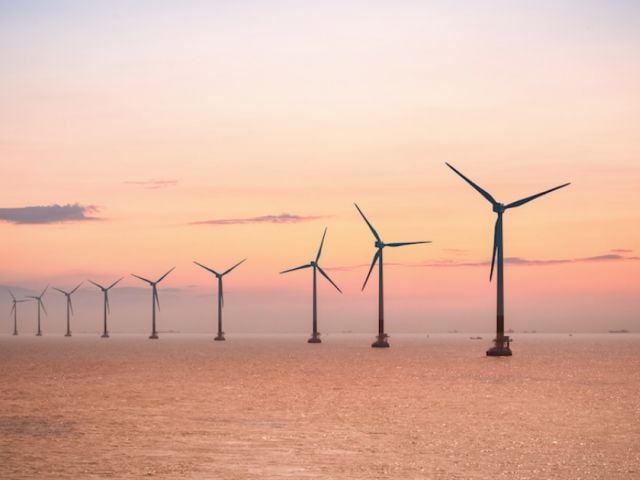 Coal, natural gas and nuclear energy are dirty, dangerous energy sources of the past. The future is renewable energy — and that future is here today.