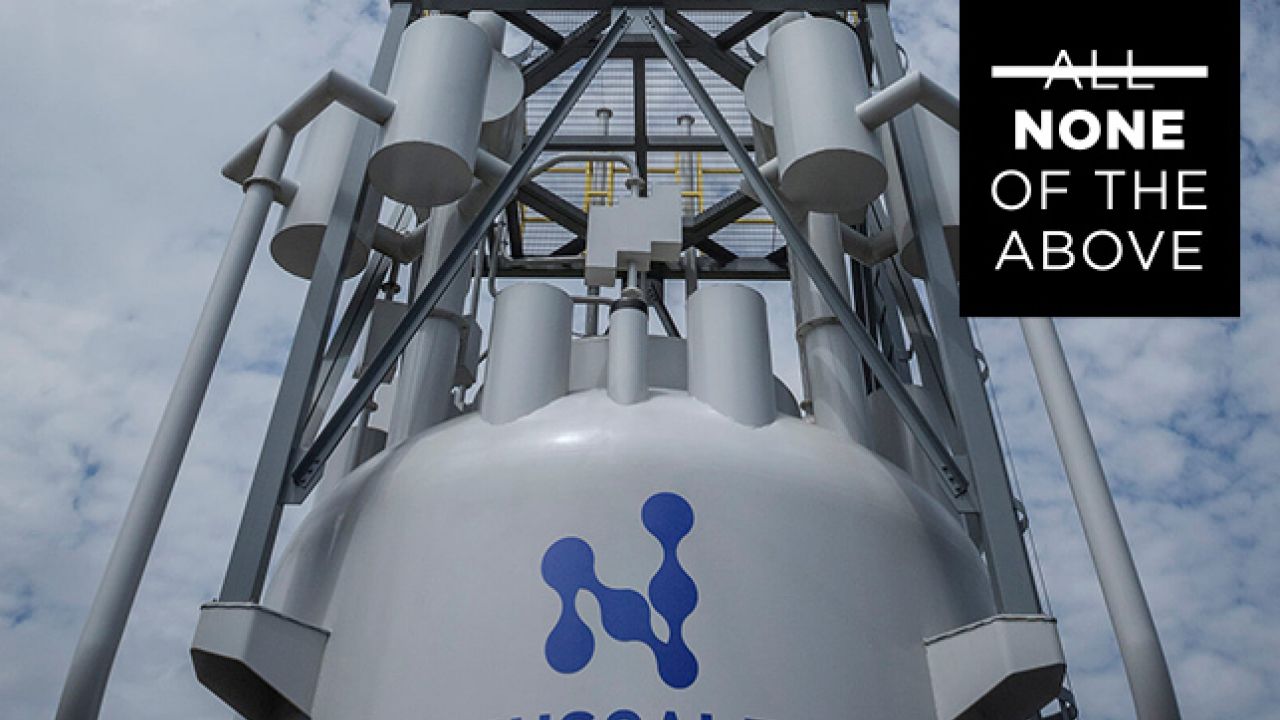 One in a series of articles on “None of the Above”

Small modular nuclear reactors, or SMRs, are designed to generate less than 300 megawatts of electricity – several times less than typical reactors, which have a range of 1,000 to 1,600 MW. While the individual standardized modules would be small, plans typically call for several modules to be installed at a single power generation site.

The nuclear industry and the U. S. Department of Energy are promoting the development of SMRs, supposedly to head off the most severe impacts of climate change. But are SMRs a practical and realistic technology for this purpose?

To answer, two factors are paramount to consider – time and cost. These factors can be used to divide SMRs into two broad categories:

On both counts, the prospects for SMRs are poor. Here’s why.

Proponents of SMRs claim that modularity and factory manufacture would compensate for the poorer economics of small reactors. Mass production of reactor components and their manufacture in assembly lines would cut costs. Further, a comparable cost per kilowatt, the argument goes, would mean far lower costs for each small reactor, reducing overall capital requirements for the purchaser.

The road to such mass manufacturing will be rocky. Even with optimistic assumptions about how quickly manufacturers could learn to improve production efficiency and lower cost, thousands of SMRs, which would all be higher priced in comparison to large reactors, would have to be manufactured for the price per kilowatt for an SMR to be comparable to that of a large reactor.

If history is any guide, the capital cost per kilowatt may not come down at all. At a fleet-wide level, the learning rate in the U.S. and France, the two countries with the highest number of nuclear plants, was negative – newer reactors have been, on the whole, more expensive than earlier ones. And while the cost per SMR will be lower due to much smaller size, several reactors would typically be installed at a single site, raising total project costs for the purchaser again.

If an error in a mass-manufactured reactor were to result in safety problems, the whole lot might have to be recalled, as was the case with the Boeing 737 Max and 787 Dreamliner jetliners. But how does one recall a radioactive reactor? What will happen to an electricity system that relies on factory-made identical reactors that need to be recalled?

These questions haven’t been addressed by the nuclear industry or energy policy makers – indeed, they have not even been posed. Yet recalls are a predictable and consistent feature of mass manufacturing, from smartphones to jet aircraft.

The problem is not merely theoretical.

One of the big economic problems of pressurized water reactors, the design commonly chosen for light water SMRs, including the NuScale design, which has received conditional certification from the Nuclear Regulatory Commission, was the need to prematurely replace the steam generators – the massive, expensive heat exchangers where the high-pressure hot water from the reactor is converted to the steam that drives the turbine-generators. In the last decade, such problems led to the permanent shutdown of two reactors at San Onofre, in Southern California, and one reactor at Crystal River, in Florida. Figure 1. Schematic of an SMR light water design with steam generator inside the reactor vessel

We have already seen problems with modular construction. It was a central aspect of the design of the Westinghouse AP1000 reactor, yet the AP1000 reactors built in the U.S. and China have had significant construction cost overruns and schedule delays. In 2015, a former member of the Georgia Public Service Commission told The Wall Street Journal, “Modular construction has not worked out to be the solution that the utilities promised.”

The need for mass manufacturing also creates a chicken-and-egg economic problem. Without the factories, SMRs can never hope to achieve the theoretical cost reductions that are at the heart of the strategy to compensate for the lack of economies of scale. But without the cost reductions, there will not be the large number of orders to stimulate the investments needed to set up the supply chain in the first place.

The SMR track record so far

The track record so far points to the same kind of dismal economic failure for SMRs as their larger cousins. Figure 2 shows the capital cost escalation for the proposed NuScale reactor and actual costs of two foreign SMRs. As a result, the total cost of a proposed project in Idaho using the NuScale design has already risen from around $3 billion, in 2015, to $6.1 billion, in 2020, long before any concrete has been poured. This pattern of escalations can also be anticipated for other SMR concepts, especially those not based on light water reactors. For instance, the proposed Natrium reactor – at 345 MW, slightly bigger than an SMR – is sodium-cooled. Despite about a hundred billion dollars spent worldwide since 1950, sodium cooled reactors have been commercial failures globally.

The process of getting safety approvals for such designs will likely take longer and be more expensive. In many cases, even setting up the certification process will take years, since the safety and accident modes differ with each design type. For instance, one risk with high-temperature gas-graphite reactors is fires, rather than meltdowns. To give a sense of scale of the expense, the NuScale SMR, which is the familiar light water design, is expected to cost roughly $1.5 billion just for development and certification. New non-light water designs will very likely cost more and take longer to develop from the concept stage to licensing review and approval.

For SMRs to consistently achieve the same cost of power production as the present large reactors would be a monumental task – and given the high costs of large reactors, SMRs would still be an economic failure. The costs of wind and solar electricity have been declining consistently and are projected to decline more.

Lazard, a Wall Street financial advisory firm, estimates the cost of utility-scale solar and wind to be about $40 per megawatt-hour. The corresponding figure for nuclear is four times as high, about $160 per MWh – a difference that is more than enough to use complementary technologies, such as demand response and storage, to compensate for the intermittency of solar and wind.

SMR proponents suggest that nuclear power might provide a suitable complement to variable electricity sources, such as wind or photovoltaic power, whose shares in the electricity grid have been increasing. But such deployment would incur a significant cost penalty.

Nuclear reactors, whether small or large, are not very suitable for responding to variability, because they have high fixed costs (capital) and low variable costs (fuel and maintenance). This is why nuclear power plants have been used as a baseload electricity source – they spread out the fixed costs over the largest number of kilowatt-hours, making each one cheaper. Responding to variability will mean operation at partial load for much of the time, raising costs.

Trying to use SMRs for producing other commodities, such as clean water, by desalinating seawater or using hydrogen or high-temperature heat, is also not economical for a variety of reasons, most importantly, the high cost of the energy supply – i.e., nuclear power.

SMRs and the climate crisis

The climate problem is urgent. The IPCC and other international bodies have warned that to stop irreversible damage from climate change, we need to reduce emissions drastically within the next decade. The SMR contribution in the next decade will be essentially zero. The prospects for SMRs beyond that are also bleak, given that entire supply chains would need to be established after the first ones have been built, tested and proven in the field.

The Department of Energy has been pursuing SMRs since the last century. In 2001, the DOE’s Office of Nuclear Energy projected that there were nearly 10 SMR designs that “have the potential to be economical and could be made available for deployment before the end of the decade, provided that certain technical and licensing issues are addressed.”

Nearly two decades after that rosy notion, the earliest official projected deployment date is only 2029 to 2030 for the leading design, NuScale. Even that date is highly uncertain, because the Nuclear Regulatory Commission’s Advisory Committee on Reactor Safeguards has identified serious safety concerns that will have to be addressed before any utility applies for permission to construct an SMR. Significantly, a central concern involves the steam generator, which, as noted above, is inside the reactor vessel and a potential source of reliability and economic problems.

SMRs also divert valuable public money. For example, the federal government has contributed at least $314 million to the development of the NuScale SMR design and has reportedly agreed to spend up to $350 million in new matching funds. Babcock & Wilcox received over $100 million from the DOE for its mPower design but abandoned the project in 2017 because there were no customers.

Water use is another concern that is expected to intensify in the future. Nuclear plants have very high water withdrawal requirements. A single 300 MW reactor operating at 90 percent capacity factor would withdraw 160 million to 390 million gallons of water every day, heating it up before discharge. Reducing the demand for water by using air cooling will require the addition of a tower and large electric fans ­– further raising the construction cost and reducing output of electricity by up to 7 percent of the capacity of the reactor.

Finally, SMRs will also produce many kinds of radioactive nuclear waste, because the reactors are smaller in physical size and because of refueling practices adopted for economic reasons. SMRs based on light water designs, such as NuScale, will also produce a larger mass of nuclear waste per MWh of electricity generated. The federal government is already paying billions of dollars in fines for not fulfilling its contractual obligations to take possession of spent fuel from existing reactors. The legislative plan in the 1982 Nuclear Waste Policy Act was for a deep geologic disposal repository to open in 1998. After nearly four decades, that plan has come to naught.

There is no realistic prospect that SMRs can make a significant dent in the need to transition rapidly to a carbon-free electricity system. The prospects of timely contributions by even the light water designs, with NuScale being the most advanced in schedule, are dismal. The prospects for reactors of other designs, like those with graphite fuels or sodium cooling, are even more so.

It will be a tough road for SMRs to achieve cost parity with large reactors. And that cost will still be far too high. Two things are in critically short supply on the road to a climate-friendly energy system: time and money. An objective evaluation indicates that SMRs are poor on both counts. There is simply no realistic prospect for SMRs to play materially significant role in climate change mitigation.

Arjun Makhijani is president of the Institute for Energy and Environmental Research. M.V. Ramana is the Simons Chair in Disarmament, Global and Human Security and Director of the Liu Institute for Global Issues at the School of Public Policy and Global Affairs, University of British Columbia, in Vancouver, Canada.

———. 2013b. “Traveling Wave Reactors: Sodium-Cooled Gold at the End of a Nuclear Rainbow?” Takoma Park: Institute for Energy and Environmental Research. https://ieer.org/wp/wp-content/uploads/2013/09/TravelingWaveReactor-Sept20131.pdf.