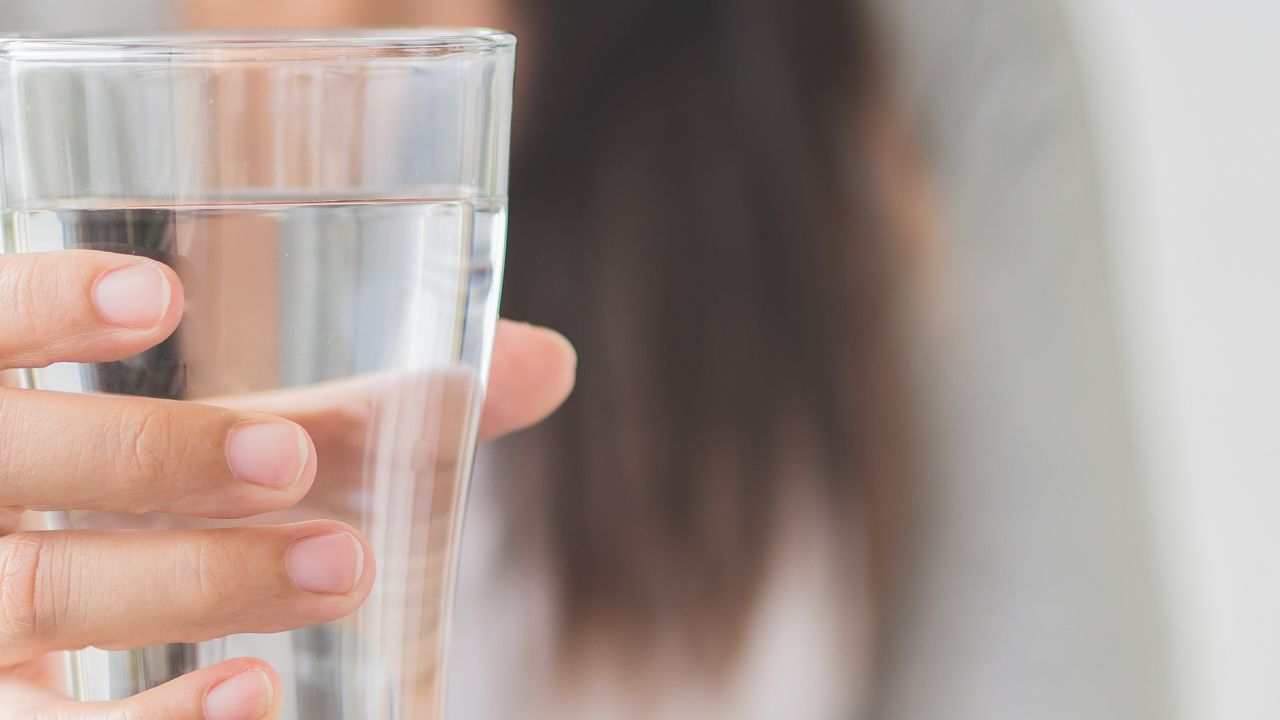 UPDATE: On Feb. 4, the White House withdrew Kathleen Hartnett White’s nomination to head the Council on Environmental Quality. A new nominee has not been named.

Drinking water for more than 170 million Americans contains radioactive elements at levels that may increase the risk of cancer, according to an EWG analysis of 2010 to 2015 test results from public water systems nationwide.

Radiation in tap water is a serious health threat, especially during pregnancy. But the Environmental Protection Agency’s legal limits for several types of radioactive elements in tap water are badly outdated. And President Trump’s nominee to be the White House environment czar rejects the need for water systems to comply even with those outdated and inadequate standards.

The nominee, Kathleen Hartnett White, former chair of the Texas Commission on Environmental Quality, admitted in a 2011 interview that the commission falsified data to make it appear that communities with excessive radiation levels were below the EPA's limit. She said she did not "believe the science of health effects" to which the EPA subscribes, placing "far more trust" in the work of the TCEQ, which has a reputation of setting polluter-friendly state standards and casually enforcing federal standards.

Last month, after Hartnett White again admitted to the Senate Environment and Public Works Committee she knew the TCEQ had ignored the EPA’s radiation regulations, her nomination was sent back to the White House. But on Jan. 8, the White House renominated her, setting up another confirmation vote before the committee, and then by the full Senate.

EWG's Tap Water Database compiles results of water quality tests for almost 50,000 utilities nationwide. EWG also mapped the nationwide occurrence of radium, the most common radioactive element found in tap water. From 2010 to 2015, more than 22,000 utilities serving over 170 million people in all 50 states reported the presence of radium in their water. To see radium and other contaminants in your water system

Radioactive elements enter groundwater from natural deposits in the earth’s crust, and the levels can be higher when uranium mining or oil and gas drilling unearth these elements from the rock and soil. They produce radiation called “ionizing” because it can release electrons from atoms and molecules, and turn them into ions.

The EPA has classified all ionizing radiation as carcinogenic. There is clear evidence that high doses of radiation cause cancer in various organs. The probability of developing cancer decreases with lower doses of radiation, but it does not go away.

The developing fetus is especially sensitive to ionizing radiation. At doses higher than are typically found in drinking water, radiation has been shown to impair fetal growth, cause birth defects and damage brain development. But there is no evidence of a dose threshold below which a fetus would be safe from these effects.

Six radioactive contaminants were included in EWG’s Tap Water Database, including radium, radon and uranium. By far the most widespread are two isotopes of radium known as radium-226 and radium-228, which contaminate tap water in every state. The EPA does not have a separate legal limit for each isotope, only for the combined level of the two.

But federal drinking water standards are based on the cost and feasibility of removing contaminants, not scientific determinations of what is necessary to fully protect human health. And like many EPA tap water standards, the radium limits are based on decades-old research rather than the latest science.

To more accurately assess the current threat of radiation in U.S. tap water, we compared levels of the contaminants detected by local utilities not to the EPA’s 41-year-old legal limits, but to the public health goals set in 2006 by the respected and influential California Office of Environmental Hazard Assessment.

California public health goals are not legally enforceable limits, but guidelines for levels of contaminants that pose only a minimal risk – usually defined as no more than one expected case of cancer in every million people who drink the water for a lifetime.

California has the most residents affected by radiation in drinking water. Almost 800 systems serving more than 25 million people – about 64 percent of the state’s population – reported detectable levels of radium-226 and radium-228 combined.

Texas has the most widespread contamination. More than 3,500 utilities serving more than 22 million people – about 80 percent of the state’s population – reported detectable levels of radium-226 and radium-228 combined.

See states with the most widespread contamination and cities with the highest levels of radium in drinking water.

But while Kathleen Hartnett White was chair of the Texas Commission on Environmental Quality from 2003 to 2007, the state regularly and deliberately lowered the levels of radiation in tap water it reported to the EPA.

A 2011 investigation by KHOU-TV of Houston unearthed TCEQ emails documenting the deception. Instead of reporting the levels measured in laboratory tests, TCEQ would first subtract the test's margin of error. Because TCEQ’s falsifying of data made it appear that the system met EPA standards, the system did not have to inform its customers that their tap water contained dangerous levels of radiation.

In 2001, TCEQ reported to top state officials – including Hartnett White and then-Gov. Rick Perry, now Trump's energy secretary – that some types of radiation in the tap water of some Texas communities posed an increased lifetime cancer risk of 1 in 400. The EPA’s increased lifetime cancer risk for five types of radioactive elements ranges from 2 to 7 in 100,000.  But the practice continued until 2008, after an EPA audit caught the state cooking the books.

In a 2011 interview with KHOU-TV, Hartnett White defended the deception, saying the EPA's standards were too protective and that it would cost small communities millions of dollars to comply. She said TCEQ continued its practice instead of challenging the federal rules in court because it would be "almost impossible" for the state to win:

As my memory serves me, [subtracting the margin of error] made incredibly good sense … We did not believe the science of health effects justified EPA setting the standard where they did … I have far more trust in the vigor of the science by which TCEQ assesses, than I do EPA.

In October, Trump nominated Hartnett White, now a fellow at the Texas Public Policy Foundation, to head the White House Council on Environmental Quality, which coordinates environmental policy for all federal agencies. One of its major responsibilities is "to develop and recommend national policies to the President that promote the improvement of environmental quality and meet the Nation's goals."

In November, in her confirmation hearing before the Senate Environment and Public Works Committee, she characterized TCEQ's falsification of data as "one of these technical issues" and declared: "I would never, ever tell staff to underreport health hazards."

In her written responses to follow-up questions from the committee, Hartnett White said she was “aware of the EPA’s interpretation of its rule,” but that she did not "recall EPA telling TCEQ during my tenure there that TCEQ’s methodology was not legal." But KHOU's investigation documented that in June 2004 the EPA warned the TCEQ if it did not stop the falsification, the federal agency could take over regulation of the state's water systems.

The Environment and Public Works Committee voted along party lines to send Hartnett White’s nomination to the full Senate. But on Dec. 21, Senate Democrats refused to vote on the nomination before the end of the 2017 legislative session. On Jan. 8 the White House renominated her without comment. She will now face a second confirmation vote before the committee before a vote by the full Senate.

Installing a head of the Council for Environmental Quality who deliberately falsified data to get around federal regulations is an egregious betrayal of public trust. The fact that her deception left people at a serious risk of cancer makes it even more alarming.

The Senate should reject Hartnett White’s nomination. The EPA must also tighten its legal limits for radioactive contaminants and require more extensive radiation testing and better disclosure – including making sure that rogue state regulators like Hartnett White don’t try to hide risks.

You can read more about the health risks posed by radioactivity in drinking water in EWG’s Tap Water Database radiation report.

Federal drinking water regulations set a Maximum Contaminant Level, an enforceable legal standard, of 5 picocuries per liter (pCi/L) for the combined level of two isotopes of radium: radium-226 and radium-228. Some water utilities and states report individual levels of these isotopes, while others report a single combined radium value of a specific sample. When the combined level was not reported by the water utility, EWG added measurements of radium-226 and radium–228 to calculate it, as available.

On the map, dots indicating water system locations are color-coded according to the combined radium levels. Dot size reflects the water system’s size of above or below 100,000 customers. Any changes in water sources and treatment, and water quality after 2015, are not reflected in EWG’s analysis. For more detail on data reporting methods for EWG’s Tap Water Database, read our Methodology.