Unregulated Farm Pollution, Not Billboards, Is The Real Scandal 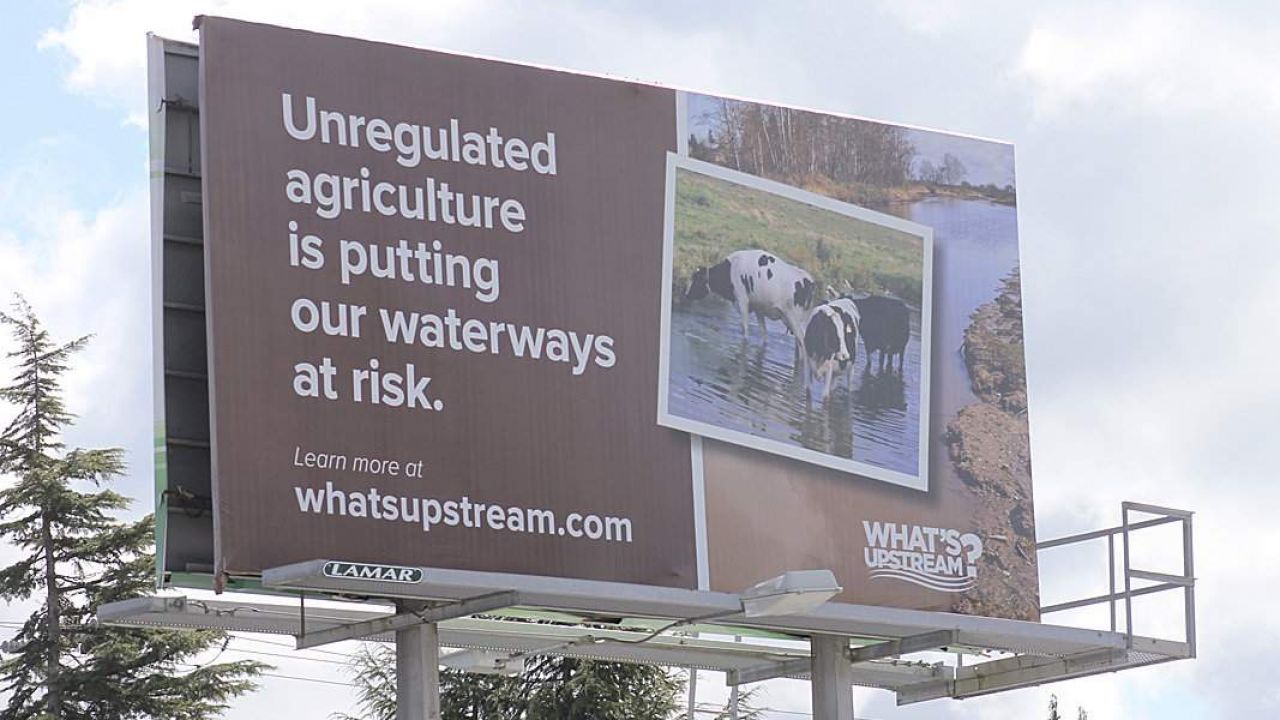 When Environmental Protection Agency Administrator Gina McCarthy testified before a Senate committee this morning, she heard a lot about billboards.

Not just any billboard. She heard about one particular billboard in Olympia, Wash., that warns that “unregulated agriculture is putting our waterways at risk.”

That particular billboard is part of a campaign by a coalition of environmental groups that has received funding from EPA.

For some legislators, it’s a “scandal” that a coalition receiving public funds would highlight the sad fact that farmers can pollute streams and get away with it. In the view of one senator, the billboard was a “malicious” attack on farmers, financed by EPA.

The real scandal is not the billboard or who paid for it but that farm pollution is largely exempt from the federal Clean Water Act.

Unregulated farm pollution is a major threat to Washington’s endangered salmon, but there is little regulators can do about that fact. Farm pollution remains the primary reason so many of America’s rivers, lakes and bays are polluted.

Many farmers are taking steps to reduce pollution emanating from their farms.  Among the more successful measures: managing fertilizers better and installing buffers of trees and grasses to filter runoff.

But many farmers are not taking these measures.  The incentives are mostly backwards. Farmers are free to pollute.  Most farm spending supports the income of large farm businesses, not better farm stewardship.

On the same day that one committee bemoaned billboards, another committee was cutting the U.S. Department of Agriculture’s conservation programs that reward better stewardship.

That’s the real scandal. That farm pollution is largely unregulated and voluntary conservation programs are getting the axe.