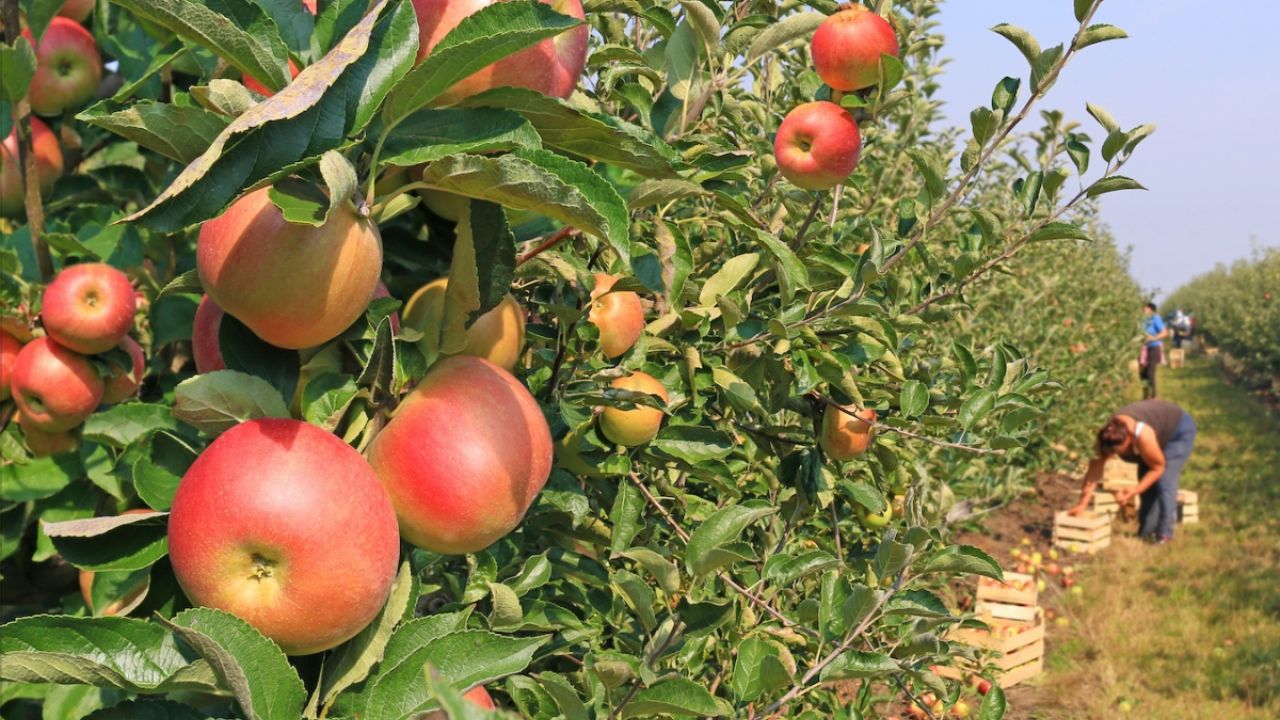 The Trump administration’s plan to spend billions to address the impacts of the coronavirus pandemic on agriculture may help industrial-scale produce farms but does little to assist farmworkers threatened by COVID-19, a new EWG analysis shows.

Last week, the Department of Agriculture announced a $19 billion COVID-19 relief initiative, including $16 billion in direct payments to farmers. These new payments come on top of at least $14 billion in payments made to offset the effects of the Trump administration’s trade war with China and more than $15 billion in ongoing, annual taxpayer-funded farm subsidies.

This interactive map overlays locations of reported COVID-19 cases on counties with the highest number of farmworkers, based on USDA figures for hired labor expenses. Clicking on a county brings up details, including USDA payments for the trade war bailout.

Farmworkers Are at Heightened Risk of COVID-19 Source: EWG, from USDA 2017 Census of Agriculture and records of payments under the Market Facilitation Program, and coronavirus cases reported by Johns Hopkins University as of April 21.

For example: Chester County, Pa., is shaded dark to indicate a heavy concentration of farmworkers. The pop-up box details the county’s COVID-19 cases, its farm labor payroll and how much its farmers got through the trade war bailout, known as the Market Facilitation Program. The harvest season is about to begin, bringing thousands of farmworkers into the fields, but the Trump administration has so far refused to protect them from COVID-19. Although some farmworkers are able to spread out in fields, many migrant and seasonal workers are housed and transported in ways that increase the likelihood that the virus will spread.

Yet neither the Occupational Safety and Health Administration, or OSHA, nor the USDA has issued emergency standards requiring food and farm employers to meet safety guidelines developed by the Centers for Disease Control and Prevention. Instead, the Trump administration is seeking ways to cut farmworkers’ wages.

National Public Radio and The Wall Street Journal report that White House officials may cut the minimum wage for some seasonal farmworkers who travel to the U.S. on guest worker visas. If the idea becomes policy, the proposal would effectively reduce the minimum wage paid to these farmworkers to $8.34 an hour in states that do not have higher minimum wages.

Under current law, employers must pay the higher of either the state or federal minimum wage; the prevailing wage in that region and occupation, as determined by the Department of Labor; or the regional average farm wage, found in a survey conducted by the USDA.

Depending on the state, changes to this calculation could reduce hourly wages anywhere from $2 to $5 an hour. For example, the minimum wage for migrant workers in North Carolina would fall by nearly $4, according to Farmworker Justice.

The American Farm Bureau Federation, which lauded Trump’s relief for farmers and had been calling for more bailout checks even before COVID-19 struck, defended the proposal to cut farmworker wages. A Farm Bureau executive told The Wall Street Journal it was “not right” to require farmers to pay the higher wage during a pandemic.

Meanwhile, there are no income limits on wealthy farm owners for COVID-19 bailout payments, as long as 75 percent or more of their income derives from agriculture. If you drop below that threshold, the income limit is a very generous $900,000.

Many food and farm workers are not eligible for free COVID-19 testing. If they do become sick, many are ineligible for paid sick leave, increasing the likelihood that they will infect their co-workers. The Families First Act passed by Congress requires some employers to provide two weeks of paid sick leave, but many food and farm companies are exempt from the requirement.

Although they have been deemed essential workers, farm and food workers do not receive hazard pay to reflect the risks they face. Because many are undocumented, many are ineligible for health benefits other workers enjoy, such as Medicaid. As a result, undocumented workers are not only denied hazard pay and sick pay but also lack access to health care, increasing the likelihood that the virus will spread as they continue to work.

Replacing sick farmworkers will not be easy. Farmers were already facing labor shortages before the pandemic. Now that the Trump administration has suspended immigration, fewer farm and food workers will be able to migrate to the U.S. In addition, food and farm work can be difficult and dangerous, so food processors and farm labor contractors may struggle to find other workers willing to risk their lives to work in meat plants, packing sheds or produce fields.

Food prices are mostly driven by the cost of labor, transportation and marketing, not by the wholesale price of ingredients. Although the salaries earned by food processing workers and farm workers are near or below the poverty line, the cost of labor is often a major factor in the price of food.

As more food and farm workers become sick, and food and farm labor costs increase, the retail price of food will likely increase as well. Food already accounts for 12 percent of household spending, but the poorest Americans spend about one-third of their income on food.

To address these risks, the USDA and OSHA must be directed to issue emergency standards that require employers to provide personal protective equipment, enough space to work without spreading the virus, and housing and transportation options that will reduce the spread of the virus.

In this time of national emergency, it’s clear the federal government has a critical role to play in protecting farmworkers who are putting themselves in harm's way to ensure we have enough food to eat. Sending another endless round of big checks to owners of America’s largest farms without helping farmworkers is not just wrong – it’s dangerous.