Toxic Contamination Begins in the Womb 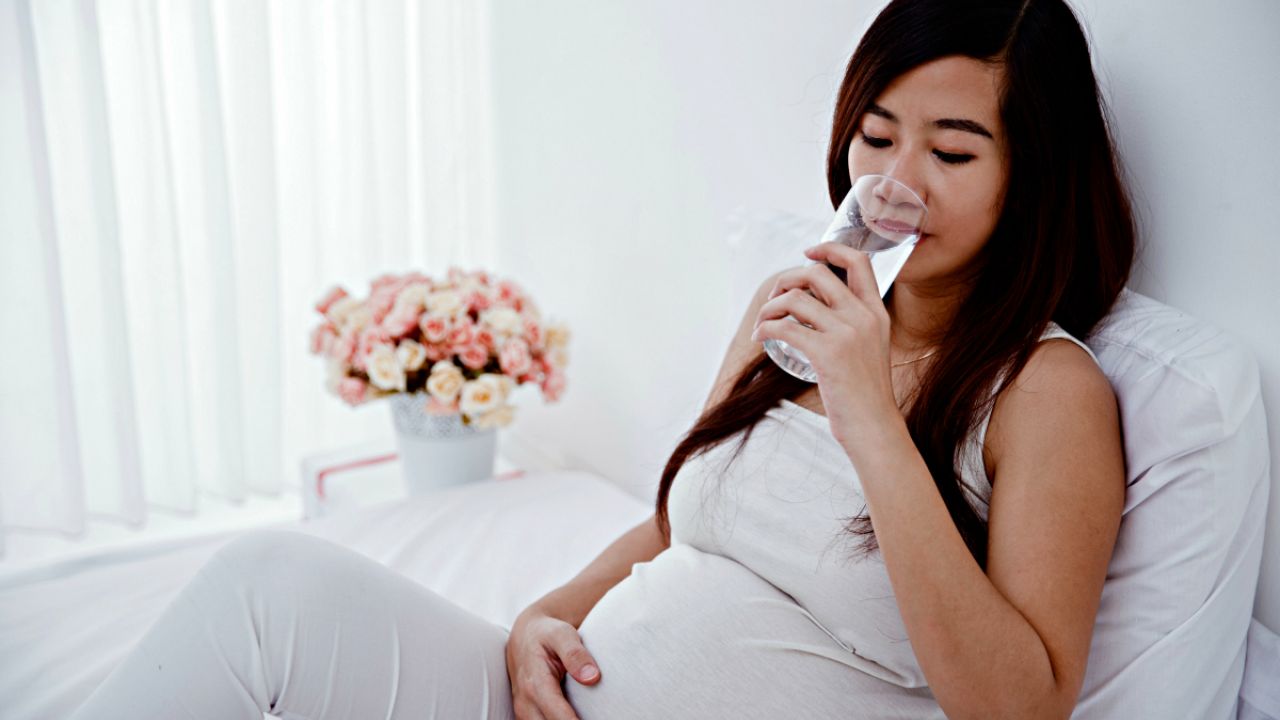 National media outlets, public health officials and Congress have all focused recently on lead contamination in drinking water, as they should be. The tainted water in Flint, Mich., Newark, N.J. and many other communities around the country poses a serious, potentially lifelong public health threat to millions.

But industrial pollution in people happens long before they take their first sip of water. Most of us encounter chemicals that can cause brain damage, cancer and other serious health problems in a place critical to human development – the mother’s womb.

In 2009, EWG conducted a pioneering study testing the umbilical cord blood of 10 babies for toxic chemicals. In all, the tests found more than 230 industrial pollutants across the 10 samples. Among those that were in the cord blood of every one of the 10 newborns were lead, mercury and polychlorinated biphenyls (PCBs). Here’s why they’re so dangerous:

Unsafe at any level, lead is a highly neurotoxic metal that is strongly linked to permanent brain and nervous system damage as well as behavior and learning difficulties, hyperactivity, slowed growth, hearing and reproductive problems and nerve disorders, according the Environmental Protection Agency.

“Three decades of research have shown clearly that lead damages the human brain,” EWG’s 2009 report said. “Advances in cognitive and behavioral testing have allowed researchers to discern harm at lower and lower exposures. There is no known safe threshold for exposure.”

How does lead get into cord blood? Most often it happens when mothers drink tap water contaminated with lead leaching from old water pipes or when they ingest or breathe dust from chipped lead paint in older homes.

Although the levels of lead in Flint’s drinking water are far too high to be eliminated by in-home water filters, filters can often significantly reduce, if not completely remove, lead. There are a number of affordable options. Find a water filter that is right for you and your family with EWG’s Water Filter Buying Guide.

Like lead, mercury is a naturally occurring element and a notorious neurotoxin that impedes development of the brain and nervous system. The primary sources of mercury contamination today are coal-fired power plants, which have tainted the oceans and fresh waterways around the globe. Mercury is also used in some commercial products, including fluorescent light bulbs and older thermometers. It converts readily into methylmercury, the most toxic form, which builds up in the food chain, most notably in seafood.

How does it get into cord blood? Eating methylmercury-tainted seafood is a common source of contamination and almost certainly the primary route of exposure for babies in the womb.

EWG recently issued an analysis critical of the federal government’s new dietary advice, which encourages pregnant women to eat seafood for its beneficial omega-3 fatty acids and other nutrients but underemphasizes the risks of eating species that are high in mercury.

The amount of mercury in seafood varies widely. Some species, such as tuna, can have especially high levels, and pregnant women should limit or avoid it. Other species with high levels of mercury that should be avoided by women who are or plan to get pregnant include shark, swordfish and marlin. EWG’s Consumer Guide to Seafood identifies which seafoods are high and low in mercury as well as healthful omega-3s.

“To protect your baby from toxic mercury and ensure his or her healthy development, you should not only watch how much fish you eat, but what kind of fish,” wrote EWG’s Sonya Lunder, chief author of the report.

PCBs are a family of toxic chemicals that were produced by Monsanto from the 1930s until 1976, when the federal government banned them amid mounting evidence that they were harmful to human health. The EPA considers them probable human carcinogens, and they also pose risks to the neurological, reproductive and immune systems. PCBs are so persistent in the environment that 40 years after they were banned, they still show up in people (including in cord blood) and in animals that live thousands of miles from places where PCBs were produced and used, including polar bears, whales and dolphins.

Products that were once made with PCBs include electrical equipment, motor oil, cable insulation, pesticides, packaging, packing tape and other adhesives, oil-based paint, caulking, paper, plastics and floor finishes.

How do PCB's get into cord blood? It’s primarily through food. PCBs enter the food chain in various ways, including migrating from packaging and through contaminated animal feed.

Avoiding exposure to PCBs is difficult because these ubiquitous chemicals have reached even the most remote corners of the globe. It helps to avoid eating too much red meat and to trim fat from both red meat and fish before cooking, because PCBs build up in fatty tissues. When possible, choose fresh or canned wild-caught Alaskan salmon, because farmed salmon are often raised on feed that contains PCBs.

Find out more about PCBs in farmed versus wild salmon in this EWG report.