Re-doubling my commitment to organic food 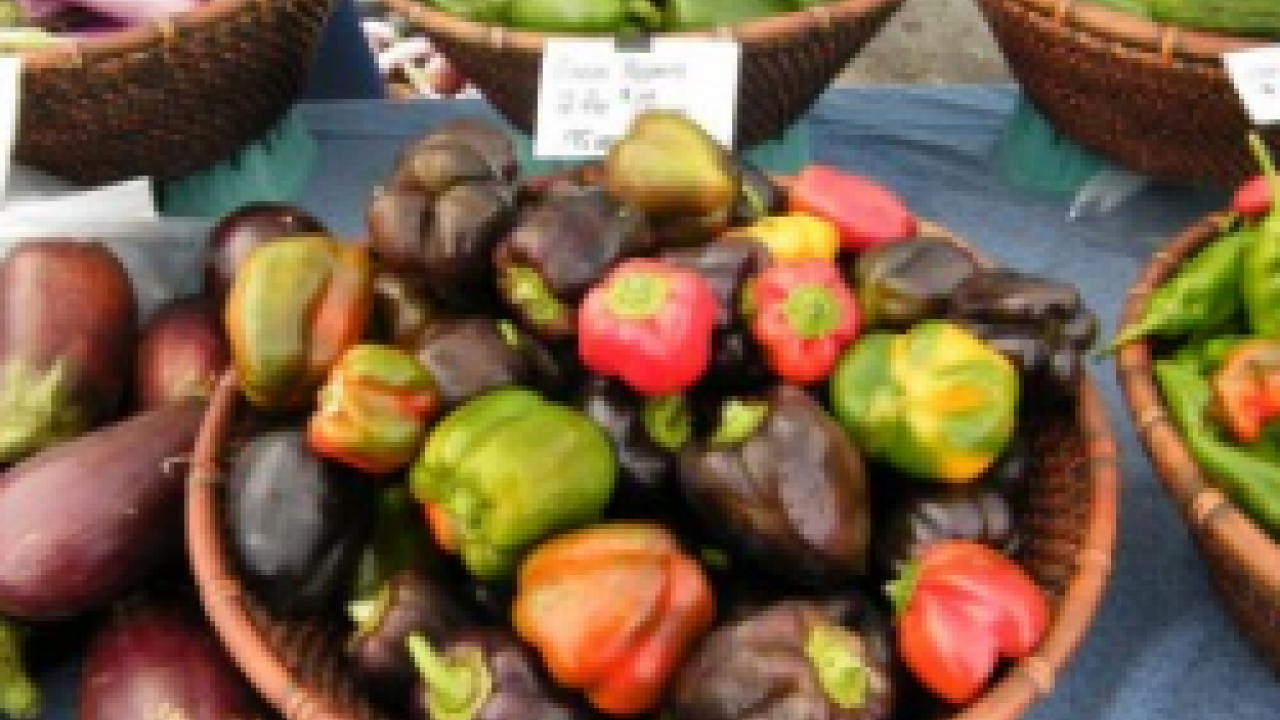 There’s nothing to make you feel like a dope like a bunch of experts telling you you’re wasting your money by buying organic food.

And after the recent review of the issue by Stanford University scientists made national headlines – with CBS News declaring that “organic food is hardly healthier” – I even got tough questions at home about why I’m spending our much-in-demand money on organics.

I wasn’t eager to give up my tasty organics, but I had to find out for myself if they were really worth it. So I went to the source, the Stanford “meta analysis” that combined the findings of 237 studies that had tried to compare organic with conventionally grown food. I also talked to Johanna Congleton, Environmental Working Group’s environmental toxicologist, and EWG agricultural experts in Iowa and California.

After considering the review and my colleagues’ evaluations of it, I’ve now doubled down on my commitment to eat organic.
Here’s why:

It asks, “Are organic foods safer or healthier than conventional alternatives?” But it never answers the big questions about environmental health. Wouldn’t the health of our soil, of our waterways, of farm workers and the sustainability of our food system be improved if we stopped applying 75 million pounds a year of atrazine, an endocrine disruptor, to our crops?

The environmental benefits are one of the main reasons I purchase organic foods, something the Stanford researchers acknowledge in their opening paragraphs – but nowhere else.

Stanford scientists concede a number of points in favor of organic food.  These subtleties weren’t captured by the headlines, not surprisingly.  But if you actually read the whole 12-page review, they’re there. Among them:

As a new mom, this is reason enough for me. The studies reviewed by the Stanford researchers found detectable pesticide residues in 38 percent of conventionally-grown produce.  They found residues on just 7 percent of organic foods they sampled.  In other words, if I buy conventional fruits and vegetables for my son, the risk that he will ingest pesticides is five times higher than if I choose organic.

Here at EWG, our own reviews of government data find that an even greater proportion of conventional fruits and vegetables have pesticide residues on or in them – more than 60 percent. And that’s an overall average. Pesticides turn up on nearly all conventionally-grown apples, pears, nectarines and celery stalks. It’s perplexing that the Stanford researchers ignored the wealth of information freely available from the federal government.

The Stanford analysis did confirm that consumption of organic produce significantly reduces pesticide exposure. Researchers at Harvard have shown that when kids switch from their traditional diet to an organic-based diet, the pesticide levels in their bodies plummet to non-detectable levels.

There is a growing body of evidence that this drop in pesticide levels for children who eat an organic diet would make a real difference to their health. American children with higher levels of these pesticides are more likely to be diagnosed with ADHD. And mothers with higher concentrations of pesticides in their bodies have smaller babies and shorter pregnancies. None of these studies were considered in the meta-analysis. To me, that’s more like avoiding uncomfortable facts than an objective review.

A lot of well informed people are very worried about the growing numbers of superbugs, bacteria that are resistant to antibiotics. The American Academy of Pediatrics, the Centers for Disease Control and Prevention, Consumer Reports and many other public health groups are addressing this growing concern. The World Health Organization has called for ending the routine use of antibiotics to promote growth in livestock, because the practice makes it more likely that bacteria will become drug-resistant. Animals raised for organically-certified meat and dairy cannot be treated with antibiotics.

The Stanford review found that when it comes harboring bacteria that cause food poisoning, organic foods are overall no different from conventional foods – except when it comes to superbugs.  Organic meats had fewer superbugs – specifically that organic chicken and pork had a lower risk of being contaminated with bacteria that would be untreatable by three or more antibiotics.

I don’t ask for antibiotics at the doctor’s office when I don’t need them, and I don’t want my meat to be raised with antibiotics. If my son gets an ear infection one day, I want the treatment to work.

I buy organically-raised chicken to avoid buying hard-to-kill bacteria along with it.  Sure, cooking can kill those superbugs, but what if my husband defrosts the chicken above the lettuce in the fridge or I forget which plate the uncooked chicken was on and, heaven-forbid, cross-contaminate our dinner?

I know that if I buy organic chicken, there’s less risk of my son getting sick with a superbug. That’s reason enough for me.

Organic meat and dairy have a healthier balance of fats

My son’s growing brain is made up of many wonder-fats called omega-3 fatty acids. Research has shown that these fats are critical for infant and childhood brain development and may protect against a host of other illnesses, from heart disease to Alzheimer's. The Stanford review found that organic milk and chicken both have more of these critical good fats than conventional products.

Many Americans could benefit from getting more omega-3 fats in their diet. Previous generations probably ate more omega-3 fats than we do – without popping expensive fish oil pills to do it. A study by scientists at the Institute of Brain Chemistry and Human Nutrition at London Metropolitan University found that today’s poultry has significantly less omega-3 fats than those raised in 1970.  The authors attributed this loss to the changes in how chickens are raised.

Stanford’s review confirmed what EWG’s own research has found: that meat, poultry and dairy products produced on industrial farms have inferior nutritional profiles. A meta-analysis conducted earlier this year by scientists at the University of Kassel in Germany, which looked at more studies than the Stanford researchers, found that organic dairy products were nutritionally superior in at least nine ways.

Despite this compelling finding, the Stanford team somehow concluded that “the published literature lacks strong evidence that organic foods are significantly more nutritious than conventional foods.” That’s a misrepresentation worthy of a politician.

Stanford’s study is not the final word on nutrition

I don’t buy organic tomatoes because I think they come with more iron. I don’t have to be a plant botanist to tell you that a seasonal, fresh-picked organic tomato from the local farmer’s market or my backyard tastes far superior to the well-traveled conventional tomatoes that disappoint us throughout the rest of the year.

But the Stanford paper suggests that I’m wasting my money because levels of the three vitamins they assessed were essentially the same in organic and non-organic produce. The scientific literature actually presents mixed results on vitamin content, with 32 studies favoring organic and 17 studies favoring conventional.

The results were similarly mixed for the five minerals the Stanford study looked at, except for phosphorus.  And the significant difference they found – with organic being superior – isn’t getting anyone excited because nearly everyone gets enough phosphorus. There were also promising findings on phenols, plant compounds that contribute color and have antioxidant properties, but the Stanford team discarded that result, saying there wasn’t enough quality research to prove a difference.

Maybe if the Stanford researchers had included a 2012 study using the newest technology to detect tomato phenols, they would have come to a different conclusion. That is one difficulty with a meta-analysis – deciding which studies to include will directly affect the outcome.

As far as I’m concerned, the jury is still out on whether there is a nutritional difference between organic and conventional food, but that’s not really the point of buying organic.

According to a Thomson-Reuters and National Public Radio survey conducted last year, those who buy organic do so first, to support local farms (36 percent), second, to avoid pesticides (34 percent), third, to protect the environment (17 percent) and finally to get better-tasting food (13 percent). On all four points, organic lives up to its promise. The Stanford review and the misleading headlines it generated didn’t change any of that.