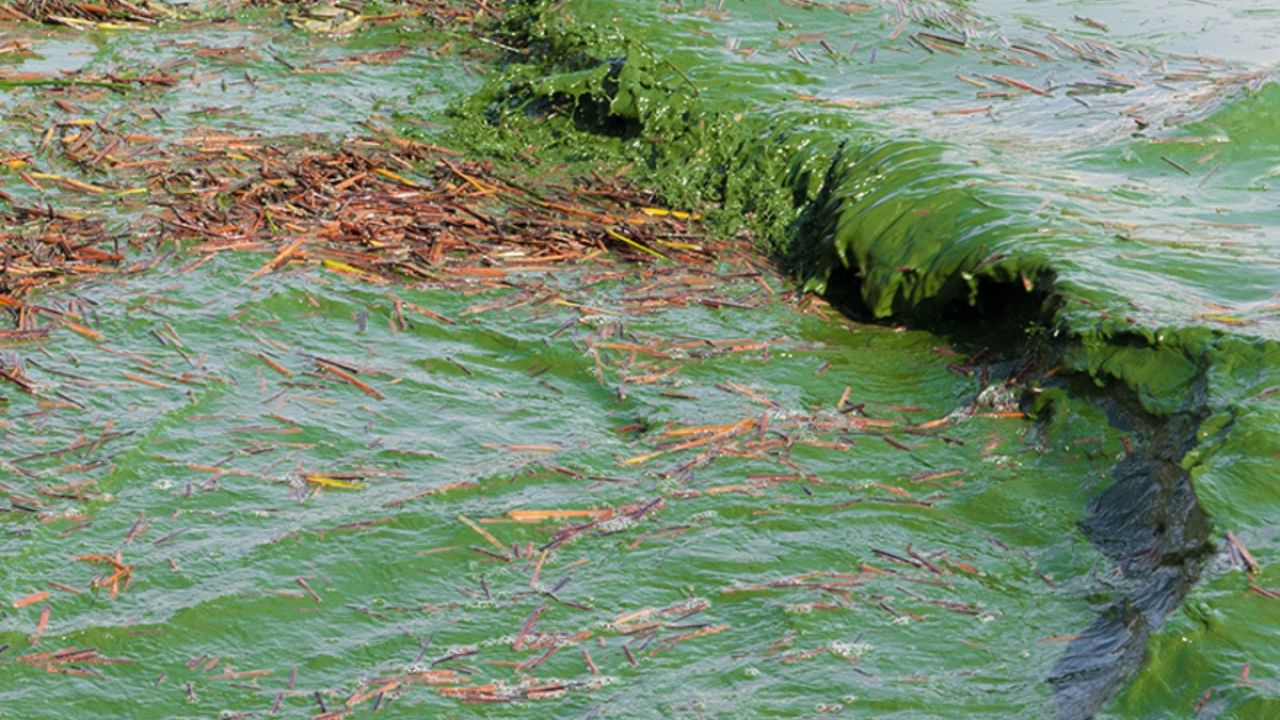 It is not even June, yet algae blooms are already erupting in lakes, rivers and streams across the U.S.

As of May 23, EWG has tracked 50 news reports of algae outbreaks since the beginning of this year. That’s more than twice as many stories about algae as we tracked through the end of May last year, and more than one-third more than during the same period in 2019.

EWG tracks news reports of blue-green algae outbreaks every year, going back to 2010, in our algae news report map. Tracking news reports does not capture all instances of algae blooms, but since no government agency tracks blooms in all bodies of water in the U.S., news reports serve as a proxy.

Blue-green algae, which are actually tiny organisms called cyanobacteria, can produce toxins that are dangerous when people are exposed through recreational contact, such as swimming in polluted water, or through drinking contaminated water. These toxins can cause short-term health impacts like nausea, vomiting and sore throat and longer-term impacts like liver failure and cancer.

Algae outbreaks are triggered by nitrogen and phosphorus from fertilizer and animal manure that run off farm fields into bodies of water. Heat and sunlight make the problem worse: As water heats up throughout the summer, algae blooms occur more frequently and grow larger. The climate crisis is also exacerbating the problem by warming waters and increasing extreme precipitation events. If the number of reported outbreaks so far in 2021 is any indication, this summer is likely to be a bad one for blooms.

This year, we’ve tracked reports about algae blooms in 13 states. The three states with the most blooms are California, Florida and Texas. The worst state for outbreaks this year so far is Florida, where blooms have already erupted in 19 lakes, rivers and canals.

Florida’s Lake Okeechobee has an algae outbreak every year, but this year’s bloom is exceptionally bad. As of two weeks ago, almost two-thirds of the lake, or 500 square miles, was covered with cyanobacteria. The bloom in Lake Okeechobee is also incredibly toxic: Tests in late April showed levels of microcystin, a dangerous toxin released by algae, at 860 micrograms per liter, or ug/L. That’s more than 100 times higher than the Environmental Protection Agency’s recreational health guideline for microcystin of 8 ug/L.

EWG will update our algae news report map throughout the summer. Checking the map, or contacting local, county or state health departments before you visit a body of water this summer, may help keep you safe from algae bloom exposure.