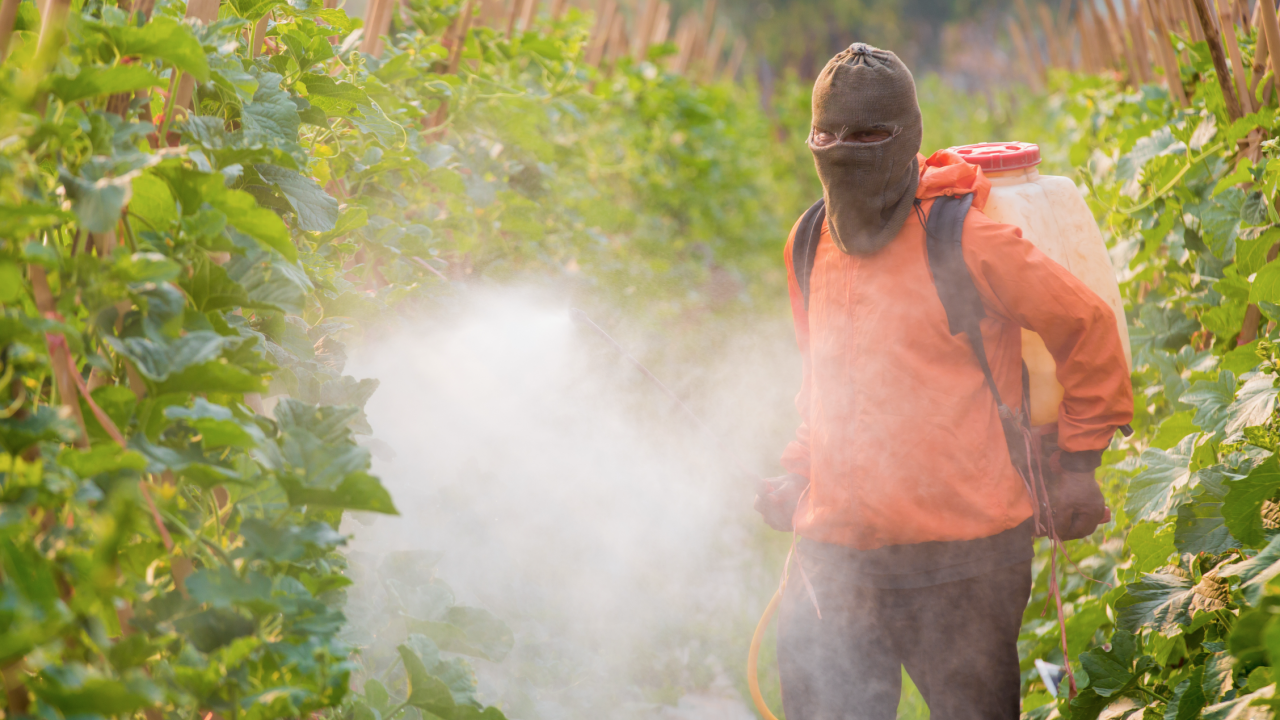 Remember when we told you that some farmers were illegally spraying the herbicide dicamba on Monsanto’s new GMO crops? Well, the situation is getting worse.

Farmers in 10 states have now complained that dicamba is hurting their crops, according to a notice issued last week by the Environmental Protection Agency. The reported damage from dicamba has spread from two to 10 states in a matter of weeks, and now includes Alabama, Arkansas, Illinois, Kentucky, Minnesota, Mississippi, Missouri, North Carolina, Tennessee and Texas.

The EPA has done very little in response to the complaints, and some states are beginning to take matters into their own hands to protect their farmers and prevent further crop loss.

As EWG highlighted two weeks ago, farmers believe that dicamba is being sprayed illegally on Monsanto’s new GMO cotton and soybeans, engineered to survive applications of dicamba and Monsanto’s glyphosate, sold as Roundup. While the U.S. Department of Agriculture has approved sales of Monsanto’s GMO seeds to farmers, the EPA has not approved the herbicide mixture that is designed to be sprayed on these new GMOs.

Dicamba easily drifts in the air after it’s sprayed, and damages crops when it lands on neighboring fields. More than 100 Missouri farmers have reported damage to their peaches, tomatoes, cantaloupes, watermelons, rice, cotton, peas, peanuts, alfalfa and soybeans.

In neighboring Arkansas, frustration over dicamba drift has led the state’s Pesticide Committee to propose prohibiting the spraying of certain dicamba formulations during the growing season, from mid-April to mid-September. It has also proposed expanding mandatory buffer zones and increasing fines for violations.

In other states, experts are urging farmers to hire lawyers if they think drift has affected their crops.

When states and lawyers are forced to take action to protect farmers from pesticides, it’s clear that the federal pesticide law is broken.

Meanwhile, the EPA issued an advisory notice last week to remind farmers that dicamba has not been approved for use on new GMO cotton and soybeans. The agency asserted that farmers must carefully follow the instructions on pesticide labels. But a recent survey by University of Missouri scientists found that 57 percent of farmers don’t read pesticides labels before spraying their fields.

Sadly, the damage wrought by dicamba comes as no surprise to environmental groups. Last Tuesday, Steve Smith, chair of the Save Our Crops Coalition, wrote an open letter to Hugh Grant, Monsanto’s chairman and chief executive officer, that said, essentially, we told you so. For years, the Save our Crops Coalition, which represents fruit and vegetable producers, has warned that illegal use of generic dicamba would occur and that dicamba drift would be especially hazardous.

Now it appears that environmentalists’ worst fears are coming true. This situation is likely to only get worse.

What can be done?

For starters, Congress should update the nation’s outdated federal pesticide law to ensure that there are adequate buffer zones around neighboring farms, schools, hospitals and churches, as well as mandate stricter enforcement and higher penalties for non-compliance.

Congress should also reward good stewardship. While many farmers across the country, including thousands of organic farmers, are producing food without synthetic pesticides that can jeopardize neighboring farms and pollute the environment, most are not. That’s because the incentives created by Congress are backward. The federal government does not give enough support to reverse these damaging practices.

One thing is clear: If pesticide regulation continues to be a Wild West, then farmers and consumers can expect pesticide drift to expand.