If You Are What You Eat, Are We Making Children Nonstick? 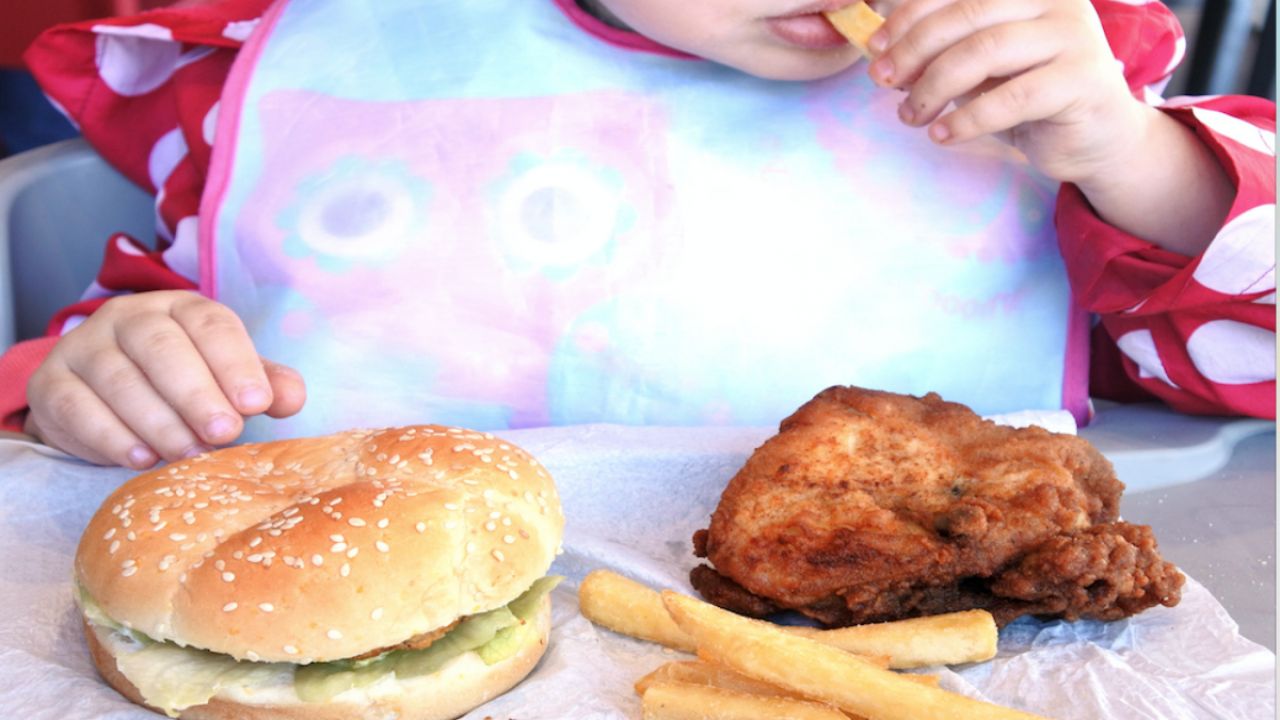 According to the Centers for Disease Control and Prevention, on any given day one in three American children – no matter their age, race or family income – eat fast food. Hamburgers, french fries, burritos, pizza and other fast food items are often served in paper wrappers or boxes coated with grease-repellent perfluorinated chemicals, or PFCs, that may harm children’s health.

These synthetic chemicals – kin to the compounds used in frying pans, raincoats and many other household products – have been used in food packaging for decades. Their widespread use has led to detection of PFCs in the bodies of virtually all Americans. The CDC tested blood for a dozen PFCs. Academic researchers have identified dozens more of these chemicals in people, but tests are not yet available to document the full extent of exposure.

Studies by the Food and Drug Administration demonstrated that PFCs used to coat paper and other packaging readily migrate into food – especially when used for oily and hot or heated foods like microwave popcorn. A child eating a sandwich wrapped in a PFC-loaded wrapper also ingests some of these toxic chemicals.

This is especially worrisome for kids, who are exposed to more contaminants, including PFCs, because they consume more food and water relative to their body weights than adults. PFCs can also be passed from mother to child through the umbilical cord and breast milk. And studies show that children are much more susceptible to harm from these chemicals.

A study done by Harvard researchers on children in the Faroe Islands discovered an association between PFC exposure and the reduced effectiveness of vaccines. An animal study found endocrine disruption of mammary gland development at doses below the levels already found in children. Exposure to PFCs in childhood has also been linked to attention deficit hyperactivity disorder and other health issues including obesity.

The most notorious PFC is PFOA, formerly used to make Teflon. It’s been phased out in the U.S., but it’s still a problem because like other PFCs it accumulates in the body and does not break down in the environment.

In February, DuPont and its spinoff company Chemours agreed to pay $671 million to settle 3,500 lawsuits by people made sick by PFOA contamination of their drinking water from DuPont’s West Virginia Teflon plant. A scientific panel funded by DuPont provided direct evidence that exposure to PFOA is linked to many diseases including cancer, high cholesterol and thyroid disease. Recent studies indicate that there is no safe level of exposure, and even very low doses cause developmental harm and reduce the effectiveness of vaccines.

But since PFOA and its cousin PFOS, formerly an ingredient in 3M’s Scotchgard, were phased out, chemical companies have replaced them with next-generation PFCs that have not been adequately tested for safety. A group of international scientists estimate that more than 3,000 PFC chemicals are in use today or have been used in the past. Dozens of these substances have been detected in fast food packaging.

Recently, EWG collaborated with researchers from academia, the government and public health groups to test fast food wrappers from national restaurant chains for these chemicals. The bad news is that 40 percent of the hundreds of wrappers tested positive for fluorine, a marker of PFC presence, including samples from every major chain.

Over a decade ago, EWG sent letters to the CEOs of many food chains calling on them to move away from this troubling class of chemicals. But our recent testing results show that the change hasn’t happened fast enough. EWG has again written the CEOs of the largest fast food chains asking them to discontinue the use of PFC coatings in food wrappers and to seek healthier alternatives.

Health agencies and public health advocates are also looking for ways to decrease children’s exposures to these toxic chemicals. In January 2017, the Washington state legislature introduced a bill that would prohibit the sale or distribution of food packaging to which perfluoroalkyl and polyfluoroalkyl chemicals were intentionally added. EWG is sponsoring a similar bill in California, and we’re asking the FDA to ban PFCs in fast food wrappers.

Toxic chemicals – and substitutes that may have the same health effects – do not belong in our children’s food, or in food packaging. You can sign our petition to the FDA here.