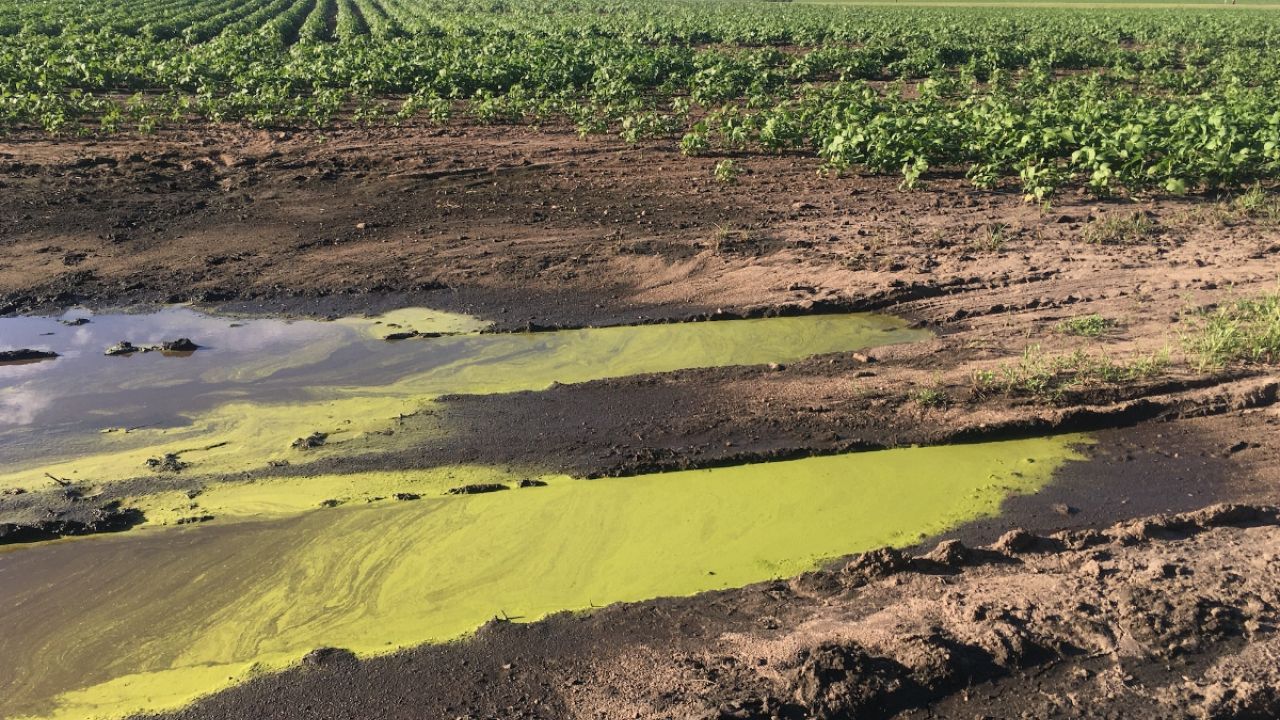 The White Earth Reservation, in Minnesota, where I was born and live, was created in 1867 by a treaty between the White Earth Band of Ojibwe and the U.S. government. The original reservation boundaries consisted of 837,000 acres. But over time, poor federal planning and fraudulent land grabs whittled our tribal land down by 90 percent.

Today, five major communities or villages are scattered across the reservation. Even as our resources shrank, our membership grew to 20,000 enrolled members living both on and off the reservation.

The White Earth Reservation sits above the Pineland Sands Aquifer, in Minnesota’s Straight River watershed. Our home used to be a natural paradise. My ancestors said the area was once thick with abundant forests and wildlife. They could go out to hunt and trap. All the lakes in northern Minnesota, Wisconsin, Michigan and Canada were once full of wild rice – “manoomin,” in our language – a traditional food supply for our people.

Wild rice is delicate. Subject to attack or damage from the elements or human intrusion, the crop can easily fail or be destroyed at any stage of its growth. It depends on the circulation of mineral-rich water and does not tolerate chemical pollutants. Today it is much harder to find wild rice in lakes, and the future of natural wild rice beds is uncertain.

After the lumber companies and loggers came in the late 1800s, the reservation landscape became dotted with family farms. Starting with the farm crisis in the 1980s, smaller farms began failing. When they did, the R.D. Offutt Company, or RDO, swooped in, bought them up, planted vast potato fields and started spraying chemicals everywhere. The Pineland Sands aquifer is particularly vulnerable to agricultural pollution because of its shallow depth and the area’s porous soils.

RDO is the nation’s largest potato grower and a major supplier of McDonald’s fries, farming 190,000 acres across several states. It also has annual profits projected at $2.5 billion. For the past 30 years, RDO’s expansion of industrial-scale potato cultivation in the Pineland Sands area has relentlessly damaged our quality of life.

The conversion of land to farming, industrial growth and degraded water quality has affected our way of life, especially our food source. Now our physical health is threatened, as we are faced with contamination of our water and air by chemical poisons on what little land we have left.

One thing I’ve learned the hard way is not to collect rain from the roof into my rain barrels. It turns pink, likely from fungicides. I won’t fish anymore in our local lake, which is half a mile from the nearest field, because of pesticide drift, or in the two rivers or creeks nearby – one where children swim – that run through the village.

I don’t see all the rabbits I once used to, and I have found dead hawks in my yard. I can’t get fresh air, because you can smell the pesticides in the air when they spray, and I have to close the windows. Sometimes I contemplate whether I should plant a garden or not.

I can no longer pick sage in the prairie for ceremonial purposes. Instead, I have to go deep into the last remaining wild places where RDO doesn’t spray. I can hear them spraying from helicopters as early as 6:30 a.m.

Tribal sovereignty – the critical right of White Earth members to self-govern – is directly tied to food sovereignty and our ability to feed ourselves. But the fallout from RDO’s industrial agriculture practices and other land developments has affected our ability to hunt, fish and harvest wild rice.

It’s important for those unfamiliar with Native Americans’ historic plight – driven off our land onto reservations, losing our language and culture – to understand that as a people, we’ve never completely healed from that trauma.

Now, because of Minnesota state regulators’ 30-year-long inability to protect us from RDO’s relentless, chemical-intensive expansion, we are being retraumatized.

For decades, RDO has proudly used small farms in a land-swap scheme to hide the true size of its industrial-scale potato growing and processing operations. But RDO has never been forced to take responsibility for repeatedly imposing this trauma on my people. Our original treaty territories include the 1837 and 1855 territories to the east and south of us, an important point because we never gave up our rights to hunt, fish or gather in the territories, core cultural activities that RDO affects the larger they grow.

In June, the state Department of Natural Resources, or DNR, gave yet another free pass to RDO to keep polluting. DNR denied the Pinelands Sands community members’ petition for environmental review of an irrigation permit for a small farm – a farm that recently unearthed documents prove is another front for RDO’s expansion plans.

The past 30 years have been a time of deep struggle and trauma. But today there is hope.

Evelyn Bellanger, of Pine Point, Minn., a member of the Ojibwe nation, has a master’s degree in American Indian studies. She is a member of the Rights of Manoomin and the Elders Indian Affairs Commission. She is a historical trauma presenter, writes educational articles for the tribal newspaper Anishinaabeg Today and is writing a memoir.