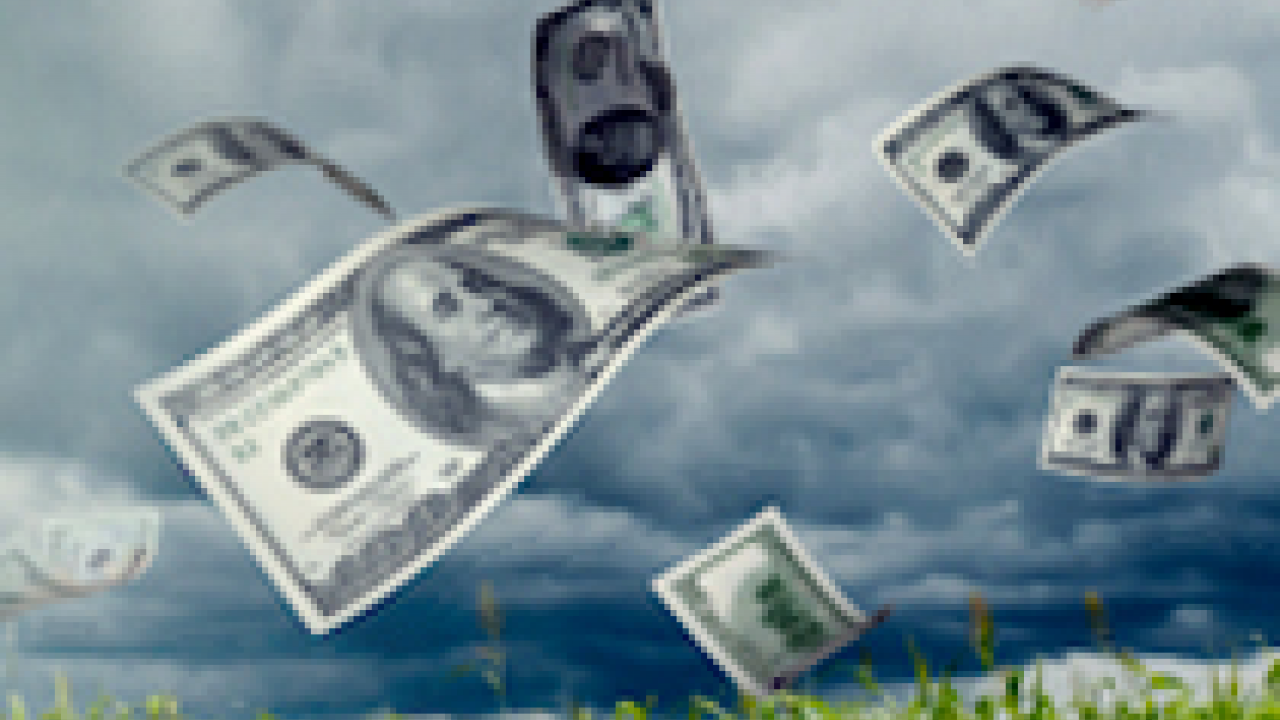 The bait-and-switch pulled off by the agriculture committees of Congress in the 2014 farm bill – using 80 percent of the savings from ending direct and countercyclical farm subsidies to gin up a suite of new revenue guarantees – is likely to cost far more than the experts projected when the bill passed. And the savings heralded by the farm bill’s champions look to be as mythical as the critics predicted.

A USDA report this month (Feb. 13) predicts that crop prices will fall from the record peaks they had hit when the costs of the new programs were estimated, a trend likely to trigger big payouts from two income support programs – Price Loss Coverage (PLC) and Agriculture Risk Coverage (ARC).

Even before prices began to drop, a recent American Enterprise Institute analysis warned that the two programs were likely to cost more than the utterly disgraced direct payment program they replaced. And as with direct payments, taxpayers’ dollars will flow largely to the same highly profitable farm operations that got the lion’s share of direct payments.

Price Loss Coverage pays farmers when crop prices fall below the floor prices – called reference prices – that the new farm bill set in stone at historically high levels. The USDA report projects that corn and wheat prices will average below those reference prices for each of the next five years – and that wheat will stay below its reference price through 2023!  Soybean prices are also expected to tiptoe dangerously close to the price floor. (See graph below.)

This makes it even more likely that Price Loss Coverage will be sending payments to growers and that the payouts will higher than the Congressional Budget Office calculated before the farm bill passed. Corn, soybeans and wheat are by far the most widely planted U.S. crops – together taking up more than 220 million acres. 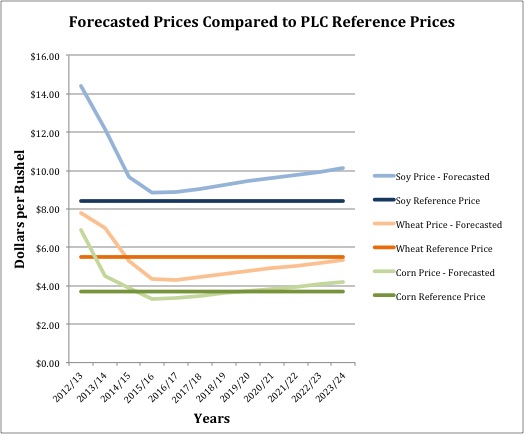 An EWG analysis last year warned that if crop prices fell just 15 percent below the forecast prices the Congressional Budget Office used, Price Loss Coverage could cost far more than the discredited direct payment program. And that’s exactly where things may now be headed for corn and wheat.

For corn, it’s a statistical toss-up whether the price loss payouts to corn farmers will be as high as direct payments used to be. There’s a 40 percent chance that the payments will be more than 150 percent higher. The probabilities are similar for wheat. There’s a very good chance the program will cost $5.8 billion a year just for corn, soybeans and wheat – far more than the $3.8 billion direct payments and counter-cyclical programs would have cost for the three crops.

The cost of the Agricultural Risk Coverage program could also balloon. The program pays growers when their revenue from crop sales drops below a benchmark level that’s based on the average revenue of the previous five years. The low prices projected by USDA will likely trigger big payouts as revenue falls from the record highs of 2008-2013.

It’s hard to make a back-of-the-envelope estimate of just how high the Agricultural Risk Coverage payments are likely to be, but a similar program that was part of the 2008 farm bill would have cost more than $9 billion a year in 2015-16 and more than $4 billion in 2017 if it hadn’t been eliminated in the new farm bill. Last year’s projections had this program, known as Average Crop Revenue Election (ACRE), costing a fraction of that – $1.8 billion in 2014 and 2015 and just $40 million a year from 2016 to 2022.

If USDA’s price forecast proves accurate, the new subsidy programs will be just as budget-busting as the critics predicted.