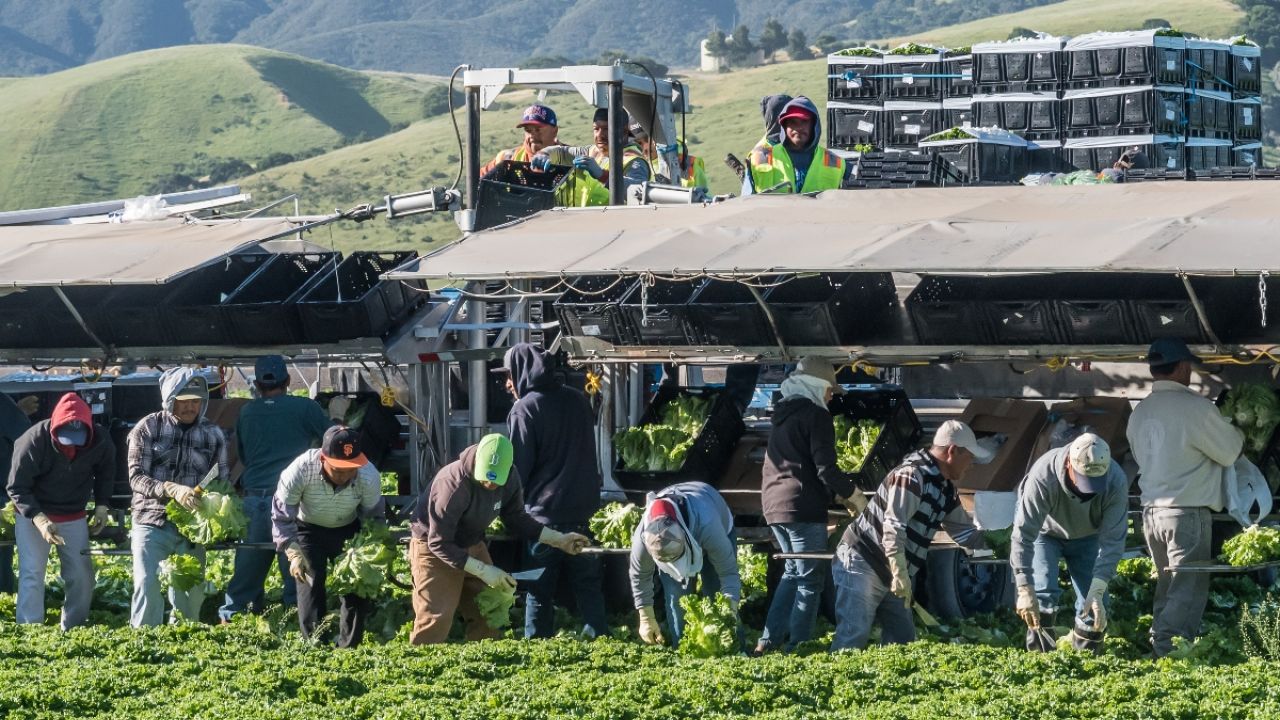 Colorado, Michigan, New Mexico, New York, Oregon, Pennsylvania, Washington and Wisconsin are the only states to require produce growers and other farm operations to provide personal protective equipment, or PPE, to farmworkers, and to require physical distancing, workplace disinfection and worker testing. Other mandatory protections in those states include changes to housing and transportation designed to reduce the spread of the coronavirus.

Of the workplace protections mandated by other states, California, the nation’s leading farm state, only requires growers to provide PPE to farmworkers, but the state legislature is considering other protections. However, according to Farmworker Justice, the state has revised and funded several previously existing programs to help farmworker families, often regardless of immigration status. The programs include disaster assistance, unemployment benefits, paid sick and family leave, workers’ compensation access and state Medicaid coverage for COVID-19 testing and treatment.

Sixteen states have issued non-binding guidance for growers. Several large farm states, including Florida and Texas, have failed even to issue recommendations. Overall, 26 states have failed to take any action to protect farmworkers.

This chart details the coronavirus protections in the states estimated to have the most farmworkers. The state ranking is based on farm labor spending reported in the U.S. Department of Agriculture’s 2017 Census of Agriculture. To see the complete list of states, click here. Source: EWG, from the Centers for Disease Control and Prevention,

As of July 7, nearly 4,000 farmworkers nationwide have tested positive for the virus, and at least two have died, according to reporting by the Food and Environmental Reporting Network. Studies show that working and living conditions make farmworkers more vulnerable to the virus.

One of the worst outbreaks of the coronavirus among farmworkers was reported earlier this month in Ventura County, Calif. Of 216 farmworkers tested, 188 had the virus. The workers were living in dormitory-style housing, with five people per room. They worked for three different labor contractors and traveled to an undisclosed number of locations throughout the county.

The Centers for Disease Control and Prevention has issued an interim guidance it calls “a template of action” to protect farmworkers from the virus. But following the guidance is not mandatory. The CDC says the recommendations can be adapted by agricultural employers and state and local health departments, and that work sites should follow them only “as feasible.”

Officials at the USDA and the Occupational Safety and Health Administration have rejected calls to adopt mandatory emergency worker safety standards for farmworkers. Legislation passed in May by the House of Representatives would require protections, but the Senate has so far failed to act. Congress may pass a fourth COVID-19 relief bill this month.