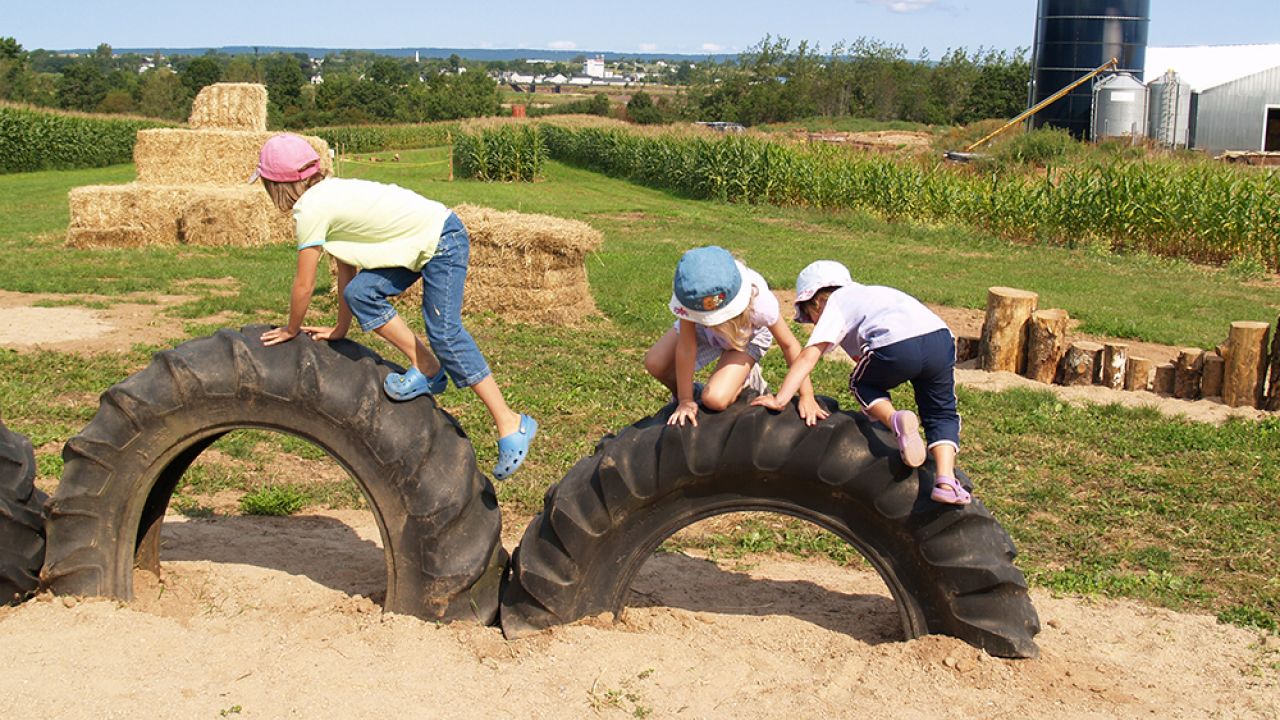 EWG has determined that 487 elementary schools across America are within 200 feet of a corn or soybean field. This finding is alarming because young children are especially vulnerable to the toxic herbicide 2,4-D in Dow AgroSciences’ Enlist DuoTM, a weed killer mixture that is awaiting governmental approval for widespread use on new varieties of genetically engineered corn and soybeans.

Last week (Aug. 6), the U.S. Department of Agriculture took a step towards permitting corn and soybean seeds genetically modified to tolerate 2,4-D and glyphosate, the active ingredient in Monsanto’s best-selling weed killer, Roundup. Exposure to 2,4-D has been linked to Parkinson’s disease, non-Hodgkin lymphoma and reproductive and immune system problems.

EWG’s analysis of the U.S. Environmental Protection Agency’s flawed risk assessment of Enlist DuoTM would pose significant health risks for children 12 and under.

In fact, young children of farm families already using relatively small amounts of 2,4-D on their fields test positive for higher levels of 2,4-D in their bodies than older children, according to a University of Minnesota study.

EWG’s most recent analysis – available through the interactive map below – found 3,247 elementary schools located within 1,000 feet of a corn or soybean field that could be sprayed with 2,4-D, and 487 within 200 feet. 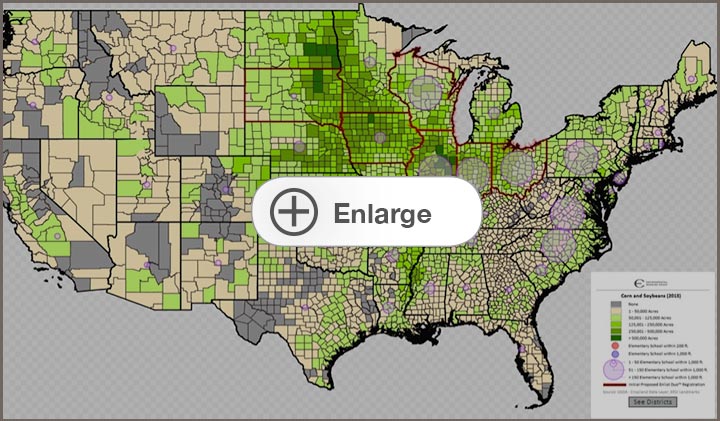 In its application to the EPA, Dow claims that Enlist Duo would not drift more than 202 feet if applied properly, but the EPA notes in its risk assessment that other formulations of 2,4-D have drifted more than 1,000 feet.

The 10 states with the most elementary schools within 200 feet of cropland growing corn or soybeans are:

The first six states where the Enlist Duo crop system would be implemented are Iowa, Illinois, Indiana, Ohio, South Dakota and Wisconsin. These states are home to 40 percent of the elementary schools nationwide that are within 200 feet of a corn or soybean field. School children near fields that switch to 2,4-D-resistant crops would be at greater risk of 2,4-D exposure. Dow says it is working with the EPA to expand the list of states.

If the EPA approves Enlist Duo, the amount of 2,4-D sprayed in the U.S. by 2020 would increase three-to-seven fold the amounts used today, according to USDA estimates.

The EPA needs to pay considerably more attention to the additional exposure risks borne by young children who live or study near corn and soybean fields than it did in its risk assessment.  It is imperative that the agency reconsider its assessment before its final decision on the largest increase of a known toxic weed killer in a generation.

Methodology:
EWG approximated school locations using the ESRI (www.esri.com) landmark shape file for schools, which is derived from the U.S. Geological Survey Geographic Names Information System – Schools layer. These are considered the best available data sources for school locations. The data were filtered to the best of EWG’s knowledge to present only locations whose attributed name reflects an operating elementary school, but they may inadvertently include locations of free-standing school administrative offices or buildings that formerly housed schools but are now in other uses as a result of school consolidation or other reasons.

School buffer zones of 200 feet and 1,000 feet were created for this analysis using the school’s point location in the ESRI data, not the physical footprint of the school grounds. As a result, EWG’s analysis may over- or under-estimate the exact distance of school grounds to the boundaries of nearby corn or soybean fields. School buffers were evaluated for proximity to the boundaries of corn and soybean fields as delineated by the USDA 2013 cropland data layer (30-meter resolution).