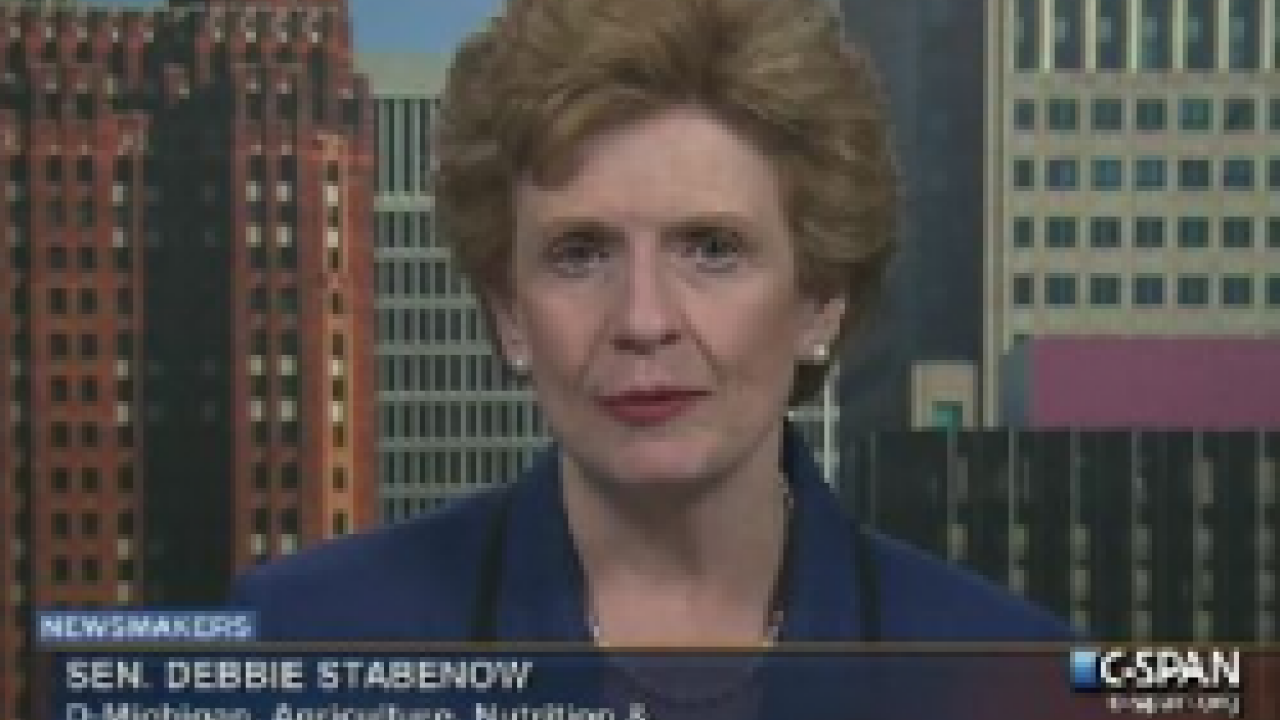 When the government allows oil and gas companies to avoid paying taxes, lawmakers call it a “subsidy.”

But when the government pays 62 percent of the cost of obtaining crop insurance, it’s called a “discount?”

That’s the twisted logic being used leaders of the Senate Agriculture Committee, who are trying to claim that more than $7 billion in government payments to help farmers buy crop insurance is a “discount,” not a “subsidy.”

Perhaps it’s no surprise that the crop insurance industry is using the same strange rationale – and even the same words – as the leaders of the Senate Agriculture Committee.

these ‘subsidies’ are premium discounts that are accounting transactions that take place within the USDA….

This is not a subsidy. This is a discount on crop insurance to help them be able to buy coverage….

But even school kids know that a “subsidy” is defined as “a grant or gift especially of money; especially a grant by a government to a private person or company or to another government to assist an undertaking thought helpful to the public.”

At least, that’s how it’s defined in the Merriam Webster children’s dictionary.

Maybe we should just call it what it is: a gift.

Of course, many American kids are more concerned with where their next meal comes from than learning the difference between a “subsidy and a “discount.” That’s because the Senate Agriculture Committee cuts funding for feeding assistance programs to help finance even more crop insurance subsidies for profitable farm businesses and insurance companies.

The cost to taxpayers of crop insurance has steadily increased – from $2 billion in 2001 to $9 billion in 2011.  Today, the U.S. Department of Agriculture pays, on average, 62 percent of farmers’ premium subsidies and annually provides $1.3 billion to insurance companies and agents to sell farmers policies.  Over the next decade, the taxpayers are expected to provide farmers and insurance companies another $90 billion.

I guess some farmers are getting nicer “gifts” than others.

Congress does not know who receives these subsidies – even though many beneficiaries are profitable companies giving “gifts” – in the form of political donations – to the members of House and Senate agriculture committees.

Fortunately, the Senate may have an opportunity to adopt common sense reforms to crop insurance “gifts.”

One amendment offered by Senators Jeanne Shaheen (D-NH) and Pat Toomey (R-PA) will cap crop insurance premium subsidies at $40,000 per farmer and generate $5.2 billion in savings. The cap affects less than 4,000 farmers, which is similar to caps on other subsidy programs. A separate amendment by Senators Tom Coburn (R-OK) and Dick Durbin (D-IL) would reduce premium subsidies for very profitable farms by 15%. A third amendment by Senator Ben Cardin (D-MD) would require farmers who receive these insurance subsidies to protect wetlands and grasslands – just like farmers who receive other farm subsidies.  A fourth amendment by  Senator Kirsten Gillibrand (D-NY) will cut subsidies to insurance companies – many of which are based insurance tax havens like Bermuda and Switzerland and are reporting record profits – to restore cuts to feeding assistance programs and to invest more funding in healthy diets.  Finally, an amendment by Senators Mark Begich (D-AK) and John McCain (R-AZ) would allow USDA to release the name of insurance subsidy recipients.

Adopting these common sense reforms – reasonable limits on insurance subsidies to farmers, basic environment protections, a reasonable rate of return for crop insurance companies, and greater transparency – would provide farmers a generous safety net at far less cost to the taxpayer. Adopting payment limits and providing insurance companies a 12 percent rate of return (down from 14 percent today) would generate enough savings to avoid any cuts to feeding assistance and conservation program.

Instead, the Senate Agriculture Committee expanded crop insurance by creating a new cotton insurance program that provides 80 percent of farmer insurance premiums (at a cost of more than $3 billion) and created a costly new entitlement program to guarantee nearly 90 percent of a farmer’s revenue (at a cost of $30 billion).  To help pay for this, the Committee cut funding for conservation programs by $6.5 billion and feeding assistance programs by $4.5 billion.

That’s not a discount. It’s a huge gift to some of the nation’s largest and most successful companies.  And, it’s a lump of coal for the hungry and the environment.