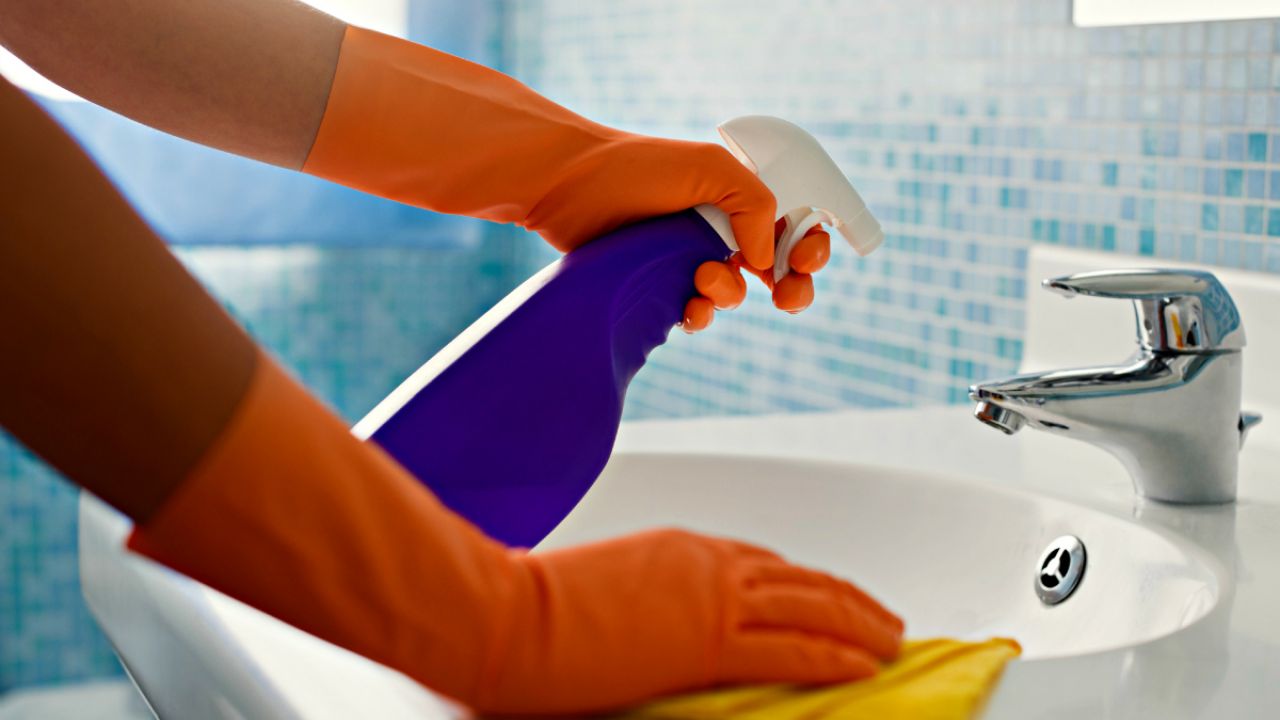 Two chemicals frequently used as disinfectants in cleaning products and antibacterial wipes, as anti-static agents in fabric softeners and dryer sheets, and as preservatives in personal care products undermined fertility in both male and female mice, according to a pivotal new study by researchers from Virginia Tech University and the Edward Via College of Osteopathic Medicine.

The study, published last week in the journal Reproductive Toxicology, highlighted the potential dangers posed by a family of chemicals known as quaternary ammonium compounds – quats for short – that are ingredients in a staggering array of household products. Though the experiment did not definitively demonstrate that quats damage human fertility, their effects on mice add to the body of evidence that these chemicals may pose risks to people as well as to lab animals.

After five weeks of daily exposure to the quat mix, female mice spent significantly less time in heat, and after eight weeks of exposure, ovulated less frequently and produced fewer viable embryos than female mice in the control group, the scientists reported.

Quats appeared to impair the reproductive systems of male mice even more dramatically. The scientists fed small amounts of the quat mix to one group of male mice for eight days. A second group of males wasn’t dosed deliberately but for seven weeks was housed in a facility where lab staffers conducted routine cleaning with the disinfectants. Dr. Terry Hrubec, a professor in the Department of Biomedical Sciences and Pathobiology and a researcher who led the Virginia Tech team, told the online news site Environmental Health News that the quats were used to clean cages and floors. In both situations, the male mice showed lower sperm concentrations and fewer swimming sperm than a control group of mice that was not exposed to the two quat chemicals under investigation.

People are exposed to quats because of widespread use of these chemicals in homes, offices, stores, schools, medical facilities and elsewhere. EWG’s research on school cleaning supplies revealed quat-containing cleaners used in multiple school districts in California. EWG’s Guide to Healthy Cleaning lists more than 250 cleaning products that contain quats.

Researchers are striving to determine whether quats harm human health, and if so, to what extent. Quats are well-documented allergens and can cause otherwise healthy individuals to develop asthma, according to the Association of Occupational and Environmental Clinics.

The new study of quats follows up on a study published last December by Reproductive Toxicology. The earlier study, by research teams from Virginia Tech and Washington State University, found that female mice exposed to the quat combination took longer to achieve pregnancy, developed fewer pregnancies and gave birth to smaller litters.

The December 2014 study was the product of a collaboration between two scientists who had separately experienced lab accidents in which quat exposures appeared to cause diminished fertility in mice. According to the Virginia Tech News, Hrubec noticed that the mice in her lab were reproducing less frequently. Her search for answers caused her to suspect her lab assistants’ habit of wetting their hands with quat-laced disinfectant before handling the mice. She found an article in the journal Nature about Patricia Hunt, a prominent geneticist at Washington State, who had made similar observations in her own lab in 2005. Hunt also suspected that exposure to quats was damaging her lab animals’ reproductive systems. (Hunt was famed for another lab accident, back in 1998, that led her to discover that the endocrine-disrupting chemical bisphenol A was leaching from her lab animals’ plastic water bottles into their bodies. She told EWG in 2008 that BPA exposure scrambled the chromosomes in the animals’ eggs, rendering them infertile.)

The two scientists united and ran a joint experiment that confirmed their suspicions. Then Hrubec launched the second study, this time with the team from Via College, located on the Virginia Tech campus.

Scientists are just beginning to understand how quats may affect fertility. More studies are underway to confirm and expand on the initial findings by Hrubec and Hunt.

In the meantime, it’s prudent to avoid cleaning products and disinfectants with quats. Here’s how. Use EWG’s Guide to Healthy Cleaning to find brands without these compounds. When in stores, read product labels closely, and don’t buy any product that says it contains ADBAC, DDAC, benzalkonium chloride or any compound ending in “-monium chloride” or “-ammonium methyl sulfate”.