What the Chemical Industry Doesn't Want You to Know 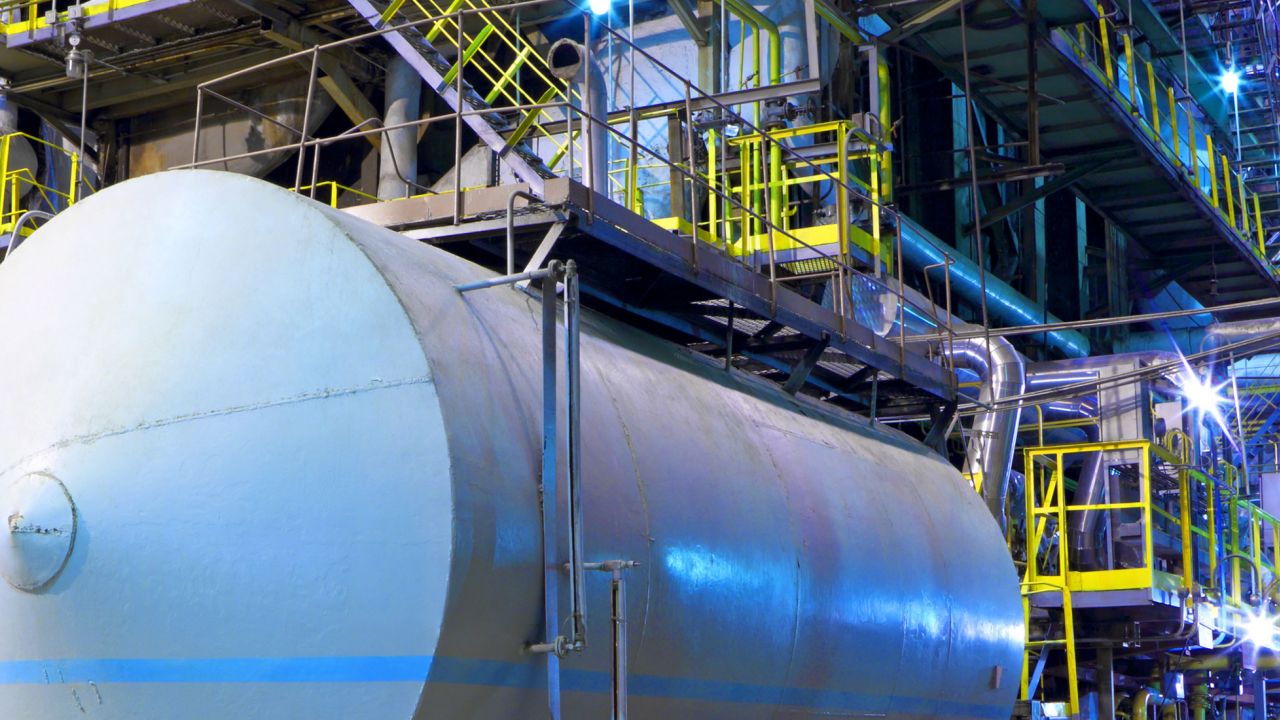 It takes a lot of nerve to go up against the $3 trillion-a-year global chemical industry.

Ask University of Missouri-Columbia scientists Frederick Vom Saal and Wade Welshons. They've been in the industry's crosshairs for more than a decade, since their experiments turned up the first hard evidence that miniscule amounts of bisphenol A (BPA), an artificial sex hormone and integral component of a vast array of plastic products, caused irreversible changes in the prostates of fetal mice.

Their findings touched off a steady drumbeat that has led to a ban on BPA-laden baby bottles in Canada, mounting support for a similar ban in the U.S., major retailers pulling plastic products off their shelves, a consumer run on glass baby bottles and a blizzard of scientific reports raising increasingly disturbing questions about the chemical's dangers at the trace levels to which people are routinely exposed.

But back in early 1997, when the Missouri team produced its pioneering research on low-dose BPA, challenging the chemical-industrial complex seemed quixotic, even risky. Soon after the report appeared, a scientist from Dow Chemical Company, a major BPA manufacturer, showed up at the Missouri lab, disputed the data and declared, as Vom Saal recalls, "We want you to know how distressed we are by your research."

"It was not a subtle threat," Vom Saal says. "It was really, really clear, and we ended up saying, threatening us is really not a good idea."

The Missouri scientists redoubled their investigations of BPA and churned out more evidence of low-dose BPA toxicity to the reproductive systems of test animals. Industry officials and scientist allies fired back, sometimes in nose-to-nose debates at scientific gatherings, sometimes more insidiously.

"I heard [chemical industry officials] were making blatantly false statements about our research," says Welshons. "They were skilled at creating doubt when none existed."

On at least one occasion, the industry tried to mute Vom Saal's increasingly insistent voice. In 2001, according to three knowledgeable sources, a representative of the American Chemistry Council, the industry trade group, called an official at the Washington-based Society for Women's Health Research (SWHR) to urge that Vom Saal be barred from the dais at an upcoming convocation at Stanford University. Society scientific director Sherry Martz says the industry spokesman objected to Vom Saal's appearance at the prestigious event on grounds that his work was "very controversial, and not everybody believes what he's saying."

By that time, Vom Saal, Welshons and their Missouri colleagues realized that they had a tiger by the tail. The financial stakes were mind-boggling. The global chemical industry produces about 6 billion pounds of BPA annually, generating at least $6 billion in annual sales. The value of BPA-based manufactured goods, from cell phones and computers to epoxy coatings and dental bindings, is probably incalculable. Though scientists have known since the 1930s that BPA mimics estrogen in the body, for unrelated reasons, the chemical serves as an essential building block of hard, clear polycarbonate plastics and tough epoxy resins, ubiquitous materials in the modern world.

"It's probably the largest volume endocrine-disrupting chemical in commerce," says Vom Saal. "This stuff is in everything." Because plastics made with BPA break down easily when heated, microwaved, washed with strong detergents or wrapped around acidic foods like tomatoes, trace amounts of the potent hormone leach into food from epoxy lacquer can linings, polycarbonate bottles and other plastic food packaging.

Environmental Working Group studies have found BPA in more than half the canned foods and beverages sampled from supermarkets across the U.S., in baby bottles and in the linings of nearly all infant formula cans. "Can you imagine," says Vom Saal, "extracting estrogen out of a packet of birth control pills and making baby bottles out of it? It's an act of insanity."

But the industry's increasingly noisy denials backfired. Scientists surge toward burning questions the way news crews chase hurricanes. By the turn of the Millennium, dozens of scientists were launching their own investigations of the chemical. Among them was Washington State University reproductive scientist Patricia Hunt, who had become intrigued with BPA because of a laboratory accident. In 1998, she was studying eggs from normal and mutant mice when, she says, "all of a sudden, the control data went completely crazy and the eggs from perfectly normal females were showing us something really bizarre -- stronger abnormalities than we were seeing in the mutants."

Hunt's search for lab contaminants led to a temporary lab aide who had washed the plastic cages and bottles with a caustic floor detergent, unleashing enough BPA into the control animals' food and water to scramble the chromosome alignment in their eggs.

What Hunt saw under her microscope stunned her. "Like most Americans, I thought, my government protects me from this kind of stuff," she says. The incident convinced her that "we're up against big industry, and they're running pretty effective damage control." She locked down into BPA research for the better part of a decade, eventually concluding that "exposure to low levels of BPA -- levels that we think are in the realm of current human exposure -- can profoundly affect both developing eggs and sperm."

In 2006, Hunt joined Vom Saal, Welshons and 36 other international BPA experts at a conclave sponsored by the National Institutes of Environmental Health Sciences (NIEHS), a Chapel Hill, N.C.-based arm of the National Institutes of Health. In August 2007, the so-called Chapel Hill panel issued a "consensus statement" asserting that, as Vom Saal puts it, "particularly for infants but also for adults, there is an extensive body of evidence from animals that should be taken as a very serious warning that human health is being placed at risk due to the current level of exposure of humans to BPA."

Earlier this month, the National Toxicology Program, an interagency body that assesses human toxins for the federal government, accepted much of the Chapel Hill panel's thinking and took the position that while more research is necessary, low doses of BPA may affect "development of the prostate gland and brain and [cause] behavioral effects in fetuses, infants and children." (Unlike the academic-dominated Chapel Hill panel, the NTP found the BPA threat to adults "negligible.")

The influential NTP assessment directly contradicted the federal Food and Drug Administration's stance that BPA-laden food packaging is safe, even for babies and children. Under pressure from a growing number of health and consumer advocates, lawmakers and scientists, an FDA advisory panel is scheduled to meet Sept.16 to take testimony about whether BPA should be reassessed in terms of food safety, a move that could lead to an end to BPA-laced food packaging.

The chemical industry can be expected to fight aggressively against more regulation. Earlier this year, the industry spent hundreds of thousands of dollars to defeat a California legislative proposal to ban BPA in food packaging. The Chemistry Council and allied companies and industry groups hired an army of lobbyists, including Navigators LLC, the Washington firm that ran Gov. Arnold Schwarzenegger's 2003 campaign and his 2004 budget reform drive. Tactics included an industry email to food banks charging that a BPA ban would mean the end of distributions of canned goods for the poor.

The industry's scorched-earth approach has caused many advocates for toxic law reform, frustrated with skirmishing state by state and toxin by toxin, to line up behind a comprehensive federal legislative proposal, the Kid-Safe Chemicals Act, that would require chemical manufacturers to prove substances like BPA are safe before they go on the market.

Meanwhile, a Yale University medical school research team has come up with some of the most troubling data yet: after injecting African green monkeys for 28 days with BPA at the level the U.S. Environmental Protection Agency says is safe for people, the researchers found the chemical "causes the loss of connections between brain cells." "We observed a devastating effect on synapses in the monkey brain," says Yale scientist Tibor Hajszan. In humans, these losses could lead to memory and learning problems and depression.

Industry officials called the study flawed and no proof of BPA danger to the human brain. Yale team leader Csaba Leranth says the experiment, the first major neurological study using primates, was designed "to more closely mimic the slow and continuous conditions under which humans would normally be exposed to BPA." He said the study is "more indicative than past research of how BPA may actually affect humans." His team hopes to conduct additional studies to advance understanding of BPA on primate brain functions.

But, says Leranth, "science is expensive," and grants for ambitious projects are scarcer than ever, due to the Bush administration's commitments overseas and spiraling federal debt.

"Considerable funding has been diverted away from basic and biomedical research since the Iraq war started," says University of Texas-Austin endocrinologist Andrea C. Gore. "It's a very sad time in science." By some estimates, the NIH now funds only 10 to 15 percent of grant applications for biomedical research. "More than 85 percent of grant applications are rejected," says Gore, "an unacceptably low level that is causing scientists to have to cut back or even abandon their research programs."

With no prospect in sight for definitive answers about BPA's dangers to people, federal regulators must confront a mass of incomplete but worrisome evidence and decide whether it's time to say that the chemical's risks to people, especially babies and children, outweigh its benefits. And if they don't, Sen. Charles Schumer, D-NY, and Rep. Ed Markey, D-MA, have introduced legislation that would ban BPA in food packaging -- and make the decision for them.

The plastics chemical BPA is a synthetic estrogen that can disrupt the boy’s natural hormones. We show you how to avoid it in household items you use every day.
Back to Top