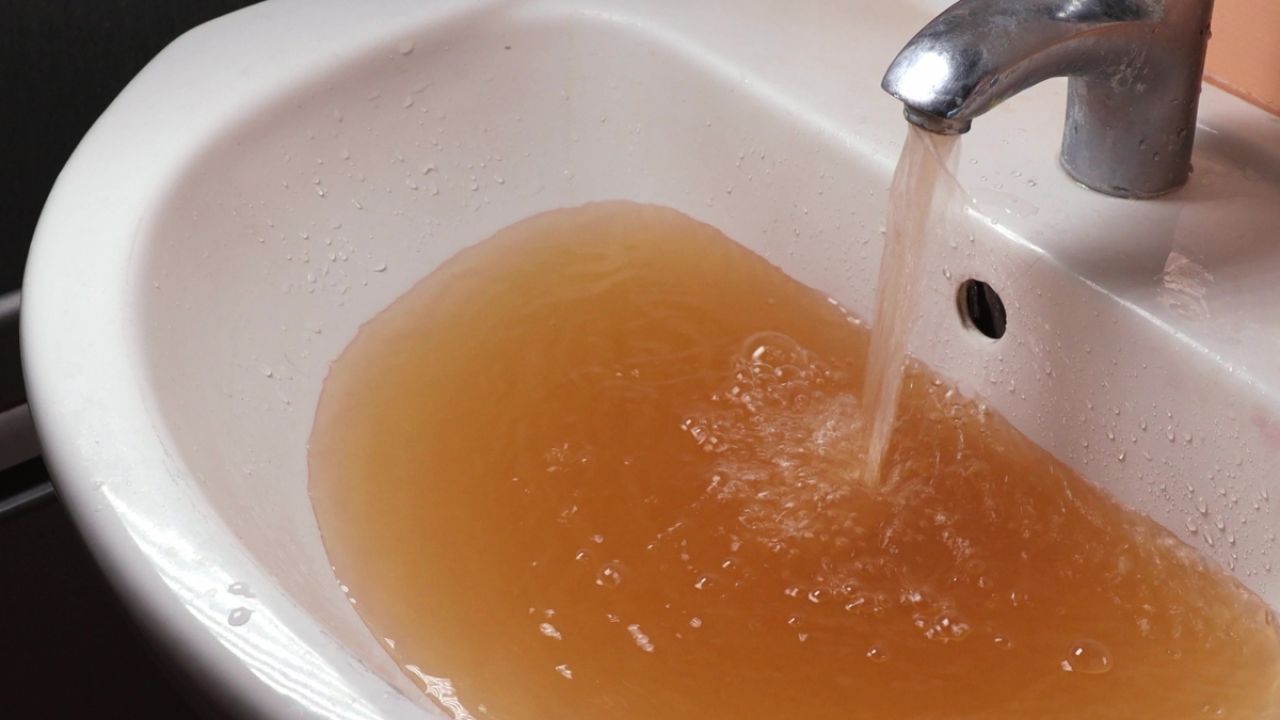 Badly managed water systems, industrial pollution, aging infrastructure: Recent headlines underscore how tap water problems across the U.S. have many causes. What these different situations have in common is they disproportionately harm communities of color.

The uneven and often woeful state of drinking water quality is an environmental justice issue EWG has tracked for years with our landmark Tap Water Database, which maps areas where contamination haunts systems, often due to long-term neglect.

Tainted tap water can lead to cities and even entire regions being forced to rely on bottled water, boil their water before use or take other steps to protect their health. The problem affects places as diverse as Houston, Jackson, Miss.,, New York City, Puerto Rico, Honolulu, Detroit, Cincinnati, Minneapolis, the Central Valley of California and rural East Texas.

And in many of these places, the accelerating climate crisis is pushing tap water systems to the brink.

Tap water contamination is one of the top issues Environmental Protection Agency Administrator Michael Regan is discussing for his ongoing “Journey to Justice” tour of environmental justice communities, which launched last year.

This month, Regan visited McDowell County, W.Va., where he spoke about drinking water problems. The county’s majority-Black city of Keystone endured a boil water advisory for more than a decade because of its deteriorating water system. The problems began when the coal company that built the local water system moved away, leaving no one in charge, and the system started to falter.

Hundreds of miles to the south, the 150,000-plus residents of Mississippi’s state capital, Jackson, most of whom are Black, are grappling with an ongoing tap water crisis after their system failed. Late last month, the Department of Justice intervened by seeking to appoint a third-party manager for the system to bring it into compliance with the Safe Drinking Water Act. The DOJ also sued the city, claiming it had failed to provide drinking water in compliance with the law.

Just days after the start of Jackson’s latest crisis, in September, elevated levels of arsenic were detected in tap water at a New York City public housing complex. The city’s housing authority planned to provide bottled water to residents of the complex until the water in the buildings was found safe to use, but it ran out of supplies.

In some communities, people are resigned to years of boiling their tap water, or avoiding it altogether, as aging water infrastructure crumbles. In Texas, 2,457 boil water advisories were issued this year – an astronomical number. Some residents in rural parts of state now see intermittent water as “a way of life,” says a recent news story.

All too often, the worst stories come from low-income communities or communities of color, an issue Regan has mentioned during his tour.

“When I became EPA Administrator, I made a commitment that EPA would prioritize the health and safety of underserved and overburdened communities across this country,” Regan said in September 26, 2022, comments on the Jackson crisis.

“That’s why Jackson was the first stop on my Journey to Justice tour last year and why I’ve returned to the city multiple times since, meeting directly with families affected by this crisis and with State and local officials.”

Regan noted Jackson had roughly 300 boil water notices in the past two years, at the same time as multiple water line breaks. “It’s clear this community has suffered long enough,” he said.

For Jackson and the almost countless other communities of color across the U.S. that have had to suffer with tainted tap water, it’s beyond time for action.

In a recent survey of visitors to EWG’s Tap Water Database, at least half the participants said they think their tap water is unsafe. Many of those surveyed were uncertain about who is responsible for protecting the safety of their drinking water. These findings may help improve tools to inform people about their tap water and the need to protect it.

And that $50 billion is just a fraction of the $472.6 billion the EPA said in 2018 is needed to “maintain and improve” drinking water infrastructure for the next 20 years.

During another Jackson water crisis last year, Mississippi Rep. Chris Bell, a Democrat, said the city rarely gets its fair share of federal infrastructure dollars, no matter how much funding increases. More money can help tackle America’s tap water troubles, but not if the bulk of the funds continue to be withheld from the communities that need it the most.

A peer-reviewed EWG study shows how water quality data, community water system maps and demographic data, such as race and ethnicity, can help identify where cumulative cancer risks from polluted tap water harm communities already threatened by other environmental injustices – areas where funding should be prioritized.

Infrastructure funding should be directed toward cities, towns and other areas with environmental justice concerns, communities that have historically been overlooked or deliberately ignored. This neglect has led to the all-too-predictable result of unsafe tap water – which no American should suffer.