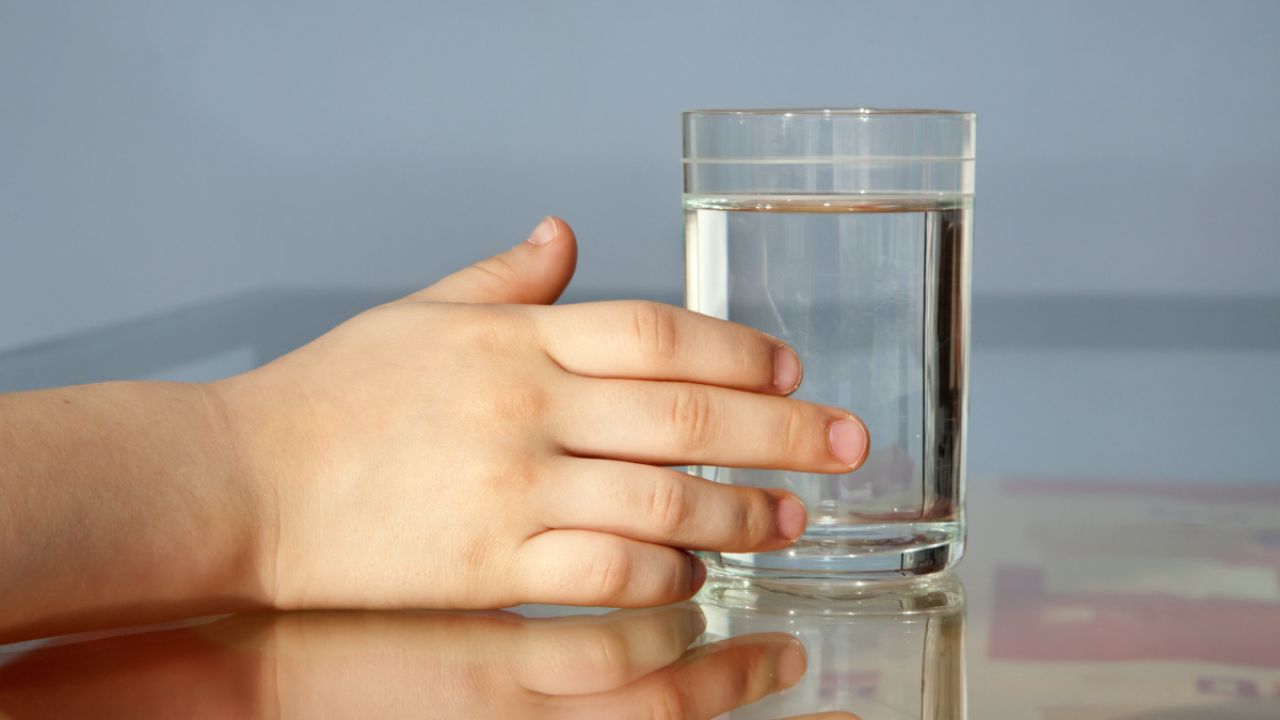 In a recent survey of visitors to the Environmental Working Group’s Tap Water Database, at least half the participants said they think their tap water is unsafe. Many of those surveyed were uncertain about who is responsible for protecting the safety of their drinking water. These findings may help improve tools to inform people about their tap water and the need to protect it.

Drinking water is a vital resource. Perceptions and opinions about the quality of drinking water are shaped by many factors, including location, cultural influences and socioeconomic demographics,1, 2, 3, 4as well as personal views and preferences.5

EWG’s Tap Water Database allows users to search for their water quality and profiles the extent of drinking water pollution in all 50 states and the District of Columbia. It was updated in late 2021. In April 2022, EWG asked visitors to the database seven questions about their drinking water knowledge. The survey was open to visitors for six days.

Of the 2,800 visitors who answered some or all of the survey questions, more than half said their tap water is unsafe, and 40 percent won’t or can’t drink it straight from the tap.

But even with this widespread concern over tap water quality, nearly half of those surveyed are uncertain about who is responsible for protecting it. Hundreds of people responded, correctly, that they think either the Environmental Protection Agency or their state is responsible for setting limits on pollutants to keep tap water safe. Some believe that no regulations exist at either the state or federal level to keep chemicals out of their drinking water.

The goal of this pilot survey was to better understand public perceptions about tap water quality. The results can help guide efforts to shape and improve tools to help people learn about drinking water quality and bolster calls for greater oversight.

The survey was voluntary – a respondent could decide against answering some or most of the questions asked. The seven questions covered respondents’ location and opinions on tap water quality, consumption, reactions to concerns and awareness of drinking water regulations (see Appendix for survey details). Since the survey was taken by visitors to the Tap Water Database, the answers may be skewed to individuals who have a higher level of engagement with tap water issues, compared to a more general sample of the population.

The survey ran for only a few days, but responses came from 2,800 people in about 1,580 unique ZIP codes in all 50 states and D.C., and even some from Canada and Mexico, as shown in Figure 1. Roughly 2,770 people answered the first three questions – whether they consider their home’s tap water safe, whether they drink it, and where it comes from. And 2,064 of the respondents went on to answer all seven questions asked about tap water. 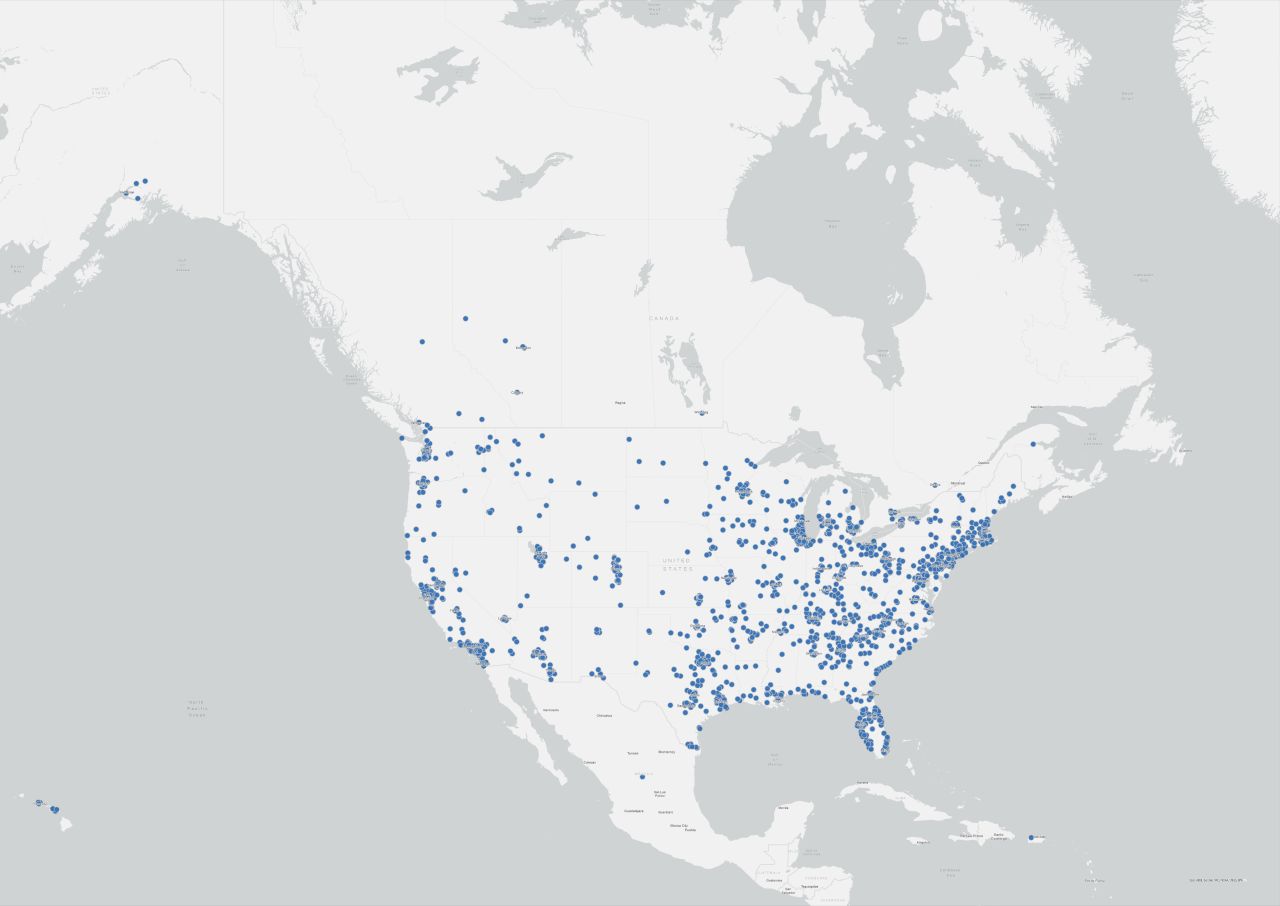 In response to the first question (Figure 2A), just over 27 percent of people said they think it’s safe to drink tap water, with 51 percent saying it’s not. About one in five said they don’t know.

These results show that many people in the U.S., and others who responded to the survey, do not trust their drinking water quality, a finding that has been documented in other studies in the U.S.2, 4 Only a quarter of respondents drink water straight from the tap, with almost 35 percent filtering water before drinking it (Figure 2B). Forty percent refuse or are unable to consume it, and about the same percentage choose bottled water (Table 1).

Similarly, in an examination of U.S. National Health and Nutritional Examination data, about 33.4 percent of adults said they drink bottled water on any particular day.6 In a more recent study, researchers estimated more than 60 million Americans do not drink their tap water.7

Figure 2A. In your opinion, is the water from your tap safe for drinking?

Figure 2B. Do you drink the tap water in your home?

A stratified analysis of Questions 1 and 2 showed that respondents’ opinions about their drinking water affected their behavior (Figure 3). For the respondents who didn’t believe their tap water was safe to drink, 60 percent did not drink it. Similarly, nearly the same percentage of the group that did believe their water was safe  consumed it straight from the tap. The respondents who were uncertain about their water quality were more likely to drink filtered water – about 40 percent – than those who had a definite opinion on tap water safety. 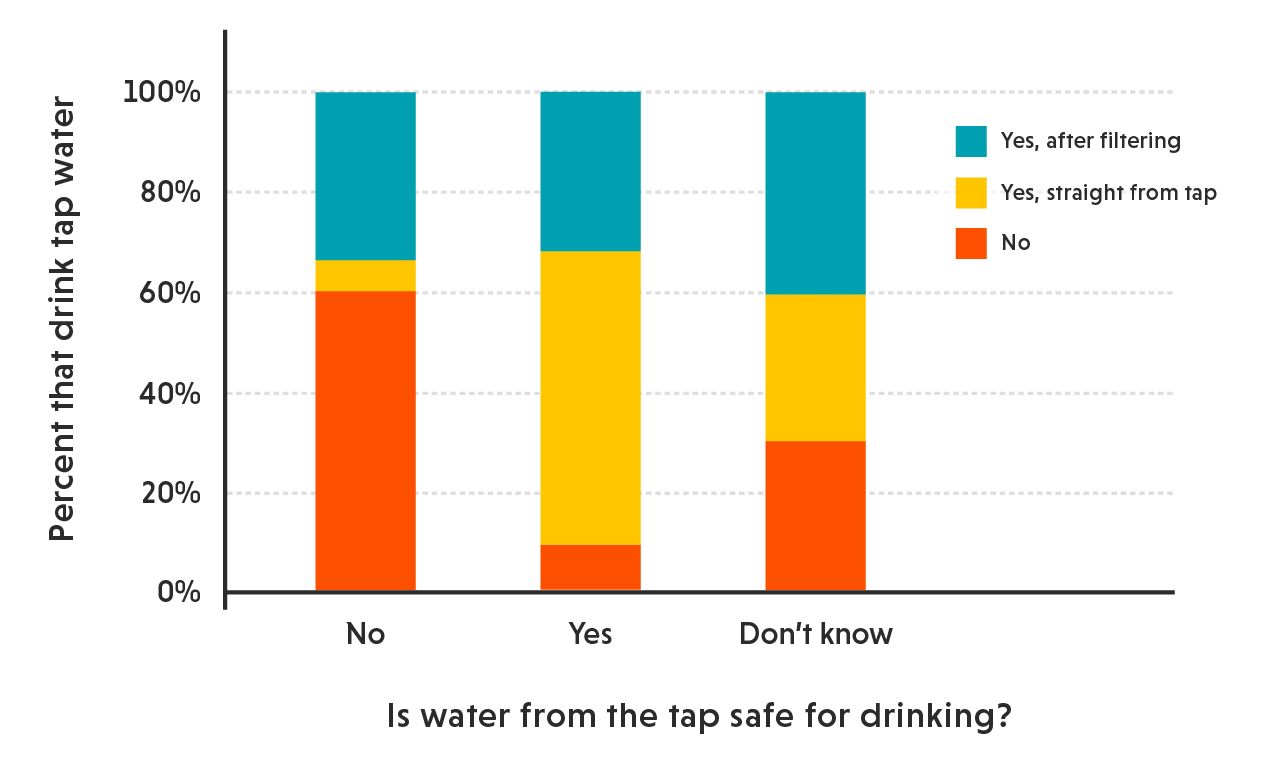 Figure 3. Stratified analysis of responses to Questions 1 and 2 from the Tap Water Survey

EWG recommends skipping bottled water because it is more expensive and its production, compared to tap water, is less transparent. Despite consumer outreach to raise awareness about these concerns, bottled water as a tap water replacement was one of the top solutions to water quality concerns, as reported by respondents (Table 1).

Table 1. Results from Question 7 from the Tap Water Survey

A case study by Chatterjee et al. similarly found that concern for drinking water safety was a primary contributor to bottled water consumption.8 Although it is necessary for short-term situations or emergencies, bottled water as a tap water replacement is not a viable long-term solution, considering the increased economic costs, increased plastic waste,9 and unreported contamination from microplastics10 and other pollutants.11,12

Further, respondents were uncertain about who sets legal limits for pollutants (Table 2). Many said the federal government is in charge. Only about a third of respondents say, correctly, it’s the EPA’s duty. About 21 percent correctly identified their state’s role in setting limits on chemicals in tap water. Roughly 4 percent believe there are no limits on chemicals in water, which may reflect the acknowledgement of unregulated contaminants in particular. In the U.S., tap water can be polluted by over 160 unregulated contaminants.13

It is remarkable that almost 46 percent of respondents are “not sure” who sets limits for pollutants, and over 20 percent of people surveyed aren’t sure where the tap water in their home comes from (Appendix, Question 3). These results may indicate that there is an ongoing need to define5 and promote water quality awareness and drinking water regulations.

Table 2. Results from Question 6 from the Tap Water Survey

About 25 percent of respondents answered that water quality reports from their utility were their primary source of information about tap water quality (Appendix Question 4), similar to a survey conducted by the EPA that found about 29 percent of people read their annual consumer confidence report.14

But as EWG’s survey found, many people rely on other sources for tap water information, including 18 percent who depend on family and friends, and 15 percent who turn to social media.

EWG’s goal is to be a trusted tap water information provider. EWG wants to create a community-level understanding of water quality as a resource for people, to build better engagement, and work toward pollution prevention and stricter regulation.

The results of the survey give a sense of who is searching for information about their tap water and why. The findings can help guide the development of resources for future Tap Water Database updates, and identify ways to strengthen communities’ understanding of their drinking water, which could bolster calls for more steps to prevent water pollution.

By helping more Americans understand where their tap water comes from, how it’s regulated, and possible risks of drinking it without filtering, EWG can help foster a better grasp of the need for more action by states and for the federal government to do its part to keep harmful chemicals out of drinking water in every state.