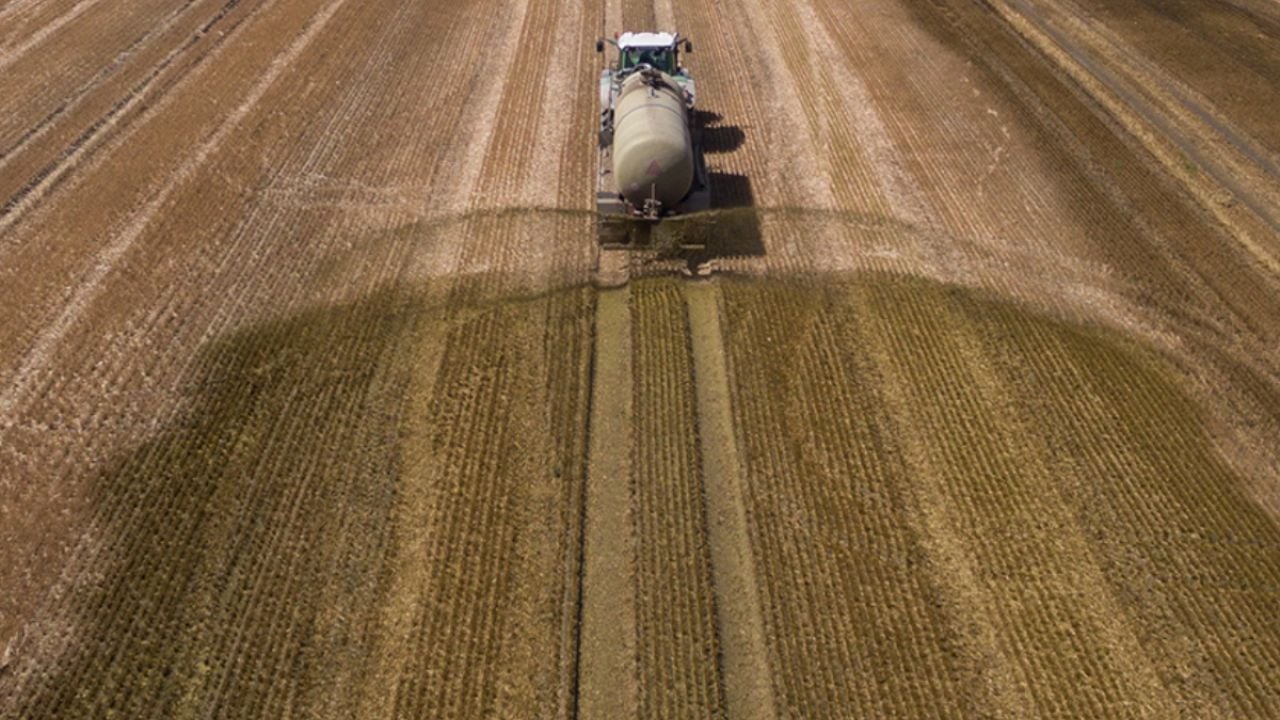 The team concluded that expected increases in agricultural greenhouse gas emissions – especially those caused by clearing and fertilizing land to grow crops and those generated by farm animals and their manure – make it unlikely we will be able to keep global warming below 2 degrees Celsius.

That temperature increase, in comparison to pre-industrial levels, is the threshold scientists have determined will help humanity avoid the worst effects of climate change, and was the goal set by the Paris Agreement in 2015.

Even as the transportation and energy emissions that contribute to the climate crisis are going down, emissions from agriculture are increasing.

Plowing up grasslands and burning forests to cultivate the land for agriculture unlocks carbon from soil, sending it into the atmosphere as carbon dioxide. Fertilizing the crops we grow for animal feed and ethanol produces nitrous oxide, a greenhouse gas 300 times more powerful than carbon dioxide, or CO2.

The Environmental Protection Agency estimates that U.S. agriculture accounts for about 10 percent of our greenhouse gas emissions. But after we factor in emissions from fertilizer production, as well as emissions from land clearing and plowing, it becomes clear that agriculture’s share of emissions is even higher.

As emissions from energy and transportation continue to fall in response to new policies, and emissions from fertilizer and animals grow due to rising protein demand, agriculture’s contribution to the climate crisis is steadily increasing. By 2050, greenhouse gas emissions from animals and the production of their feed could easily account for one-third of U.S. emissions.

One part of the solution, according to the team of experts, is better management of fertilizer and animal feed. So it’s good news that the Build Back Better bill passed by the House of Representatives last month provides $27 billion in incentives for farmers to adopt practices that reduce emissions.

But simply providing farmers with more financial incentives to try reducing their greenhouse gas emissions won’t be enough, the experts conclude. Instead, we must pursue a combination of activities, such as eating more plant-based foods, rethinking how we raise farm animals, increasing crop yields, reducing food waste and using fertilizer more carefully.

The facts are inescapable: If global protein demand doubles, as some predict, and most of that demand is met by animals raised here and abroad, incentives alone will do little to change the upward trajectory of emissions linked to meat. Beef and dairy cows already produce 44 percent of the world’s methane emissions. Even if it takes less feed to produce the same amount of meat, raising and feeding more animals will more than offset those gains.

The good news is that demand for alternative proteins is growing, especially among consumers who are not vegetarians and vegans. More meat eaters are occasionally choosing fish and plant proteins, which can help cut emissions.

Consumers don’t need to reject meat altogether, according to the team of experts. If enough consumers change their diets to reflect a Mediterranean diet or “planetary health diet,” we can still meet our climate goals. But, they said, “time is of the essence” when it comes to addressing food and farm emissions. Any delay will require future actions to be even more ambitious – and drastic.