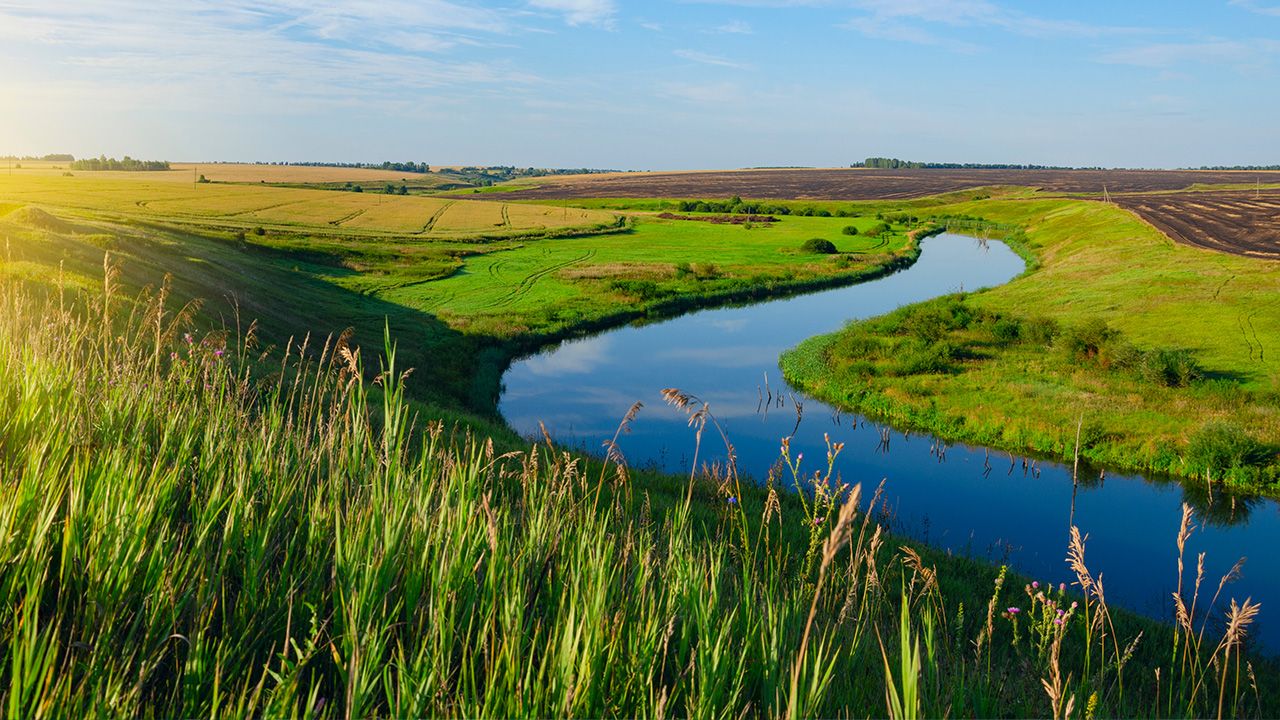 Through two interactive maps, the water atlas provides detailed information, parsed from over 189,000 public records from more than 8,200 state and federal water monitors, about phosphorus and nitrate pollution in surface water and groundwater, as well as nitrate in the drinking water provided by 3,794 community water systems in Illinois, Iowa, Minnesota and Wisconsin.

It also highlights the extent to which fertilizer and/or manure is applied to cropland in each county, revealing a close correlation between intensive fertilization and high levels of phosphorus and nitrates in water resources that put recreation, aquatic life and drinking water at risk. 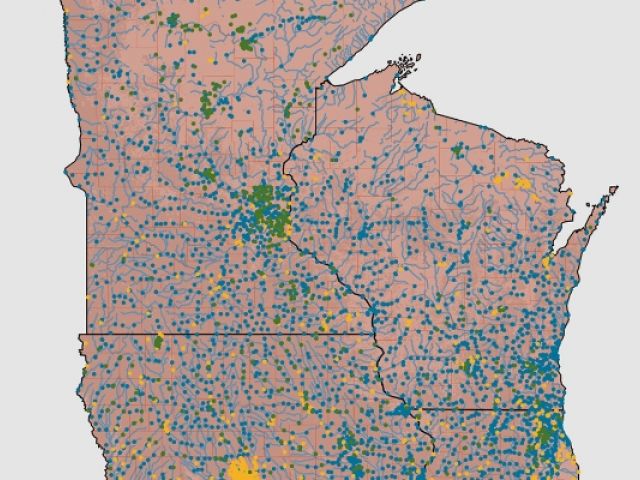 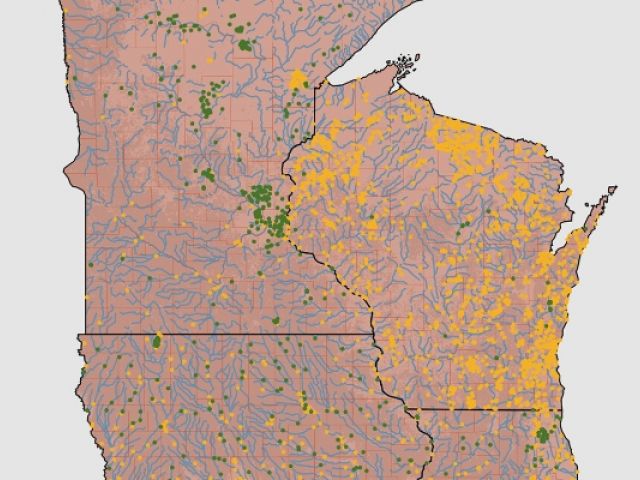 Fertilizer and manure applied on agricultural lands is the primary source of nutrient pollution in the Upper Mississippi River Basin. Unless carefully managed, excess phosphorus and nitrate run off fields into streams, rivers and lakes or seep through the soil into groundwater, threatening public health and the environment.

Nitrogen and phosphorus runoff from agriculture in the Mississippi River Basin – much of it in the four states covered by EWG’s water atlas – also causes a notorious annual hypoxic zone off the coast of Louisiana and Texas. During the summer, that part of the Gulf of Mexico is effectively dead, with devastating effects for Gulf fisheries and the environment.

As EWG’s water atlas shows, the scale of the pollution problem across Illinois, Iowa, Minnesota and Wisconsin makes it impossible to meaningfully address the consequences of the problem without reducing runoff from agricultural lands.

The water atlas reveals widespread and alarming levels of phosphorus pollution in rivers, lakes, streams and groundwater. Nitrate contamination of drinking water is receiving long overdue attention from scientists, policy makers and public health advocates for its adverse impacts, and now the water atlas underlines the urgent need to apply the same scrutiny to the problem of phosphorus pollution.

Excessive levels of phosphorus in freshwater encourage the growth of “blue-green algae” – actually tiny organisms called cyanobacteria – which can be harmful to humans and animals when they turn toxic. And even algae outbreaks that are not toxic foul lakes, rivers and streams, making them unfit for fishing and swimming.

Out of the four Upper Mississippi River Basin states included in EWG's water atlas, only Minnesota and Wisconsin have established numeric criteria for phosphorus, which are EPA-approved standards meant to protect water resources from high levels of the chemical.

Groundwater in the four states is also polluted with high levels of phosphorus, which can increase phosphorus levels in nearby surface water. Across all four water atlas states, phosphorus detections in 672 groundwater samples averaged 101 ug/L between 2012 and 2019. Wisconsin's average (420 ug/L) was over four times this amount – far above surface water standards – followed by Iowa (139 ug/L), Illinois (122 ug/L) and Minnesota (48 ug/L).

Figure 1: Correlation between intensive fertilization and high levels of phosphorus in surface water. 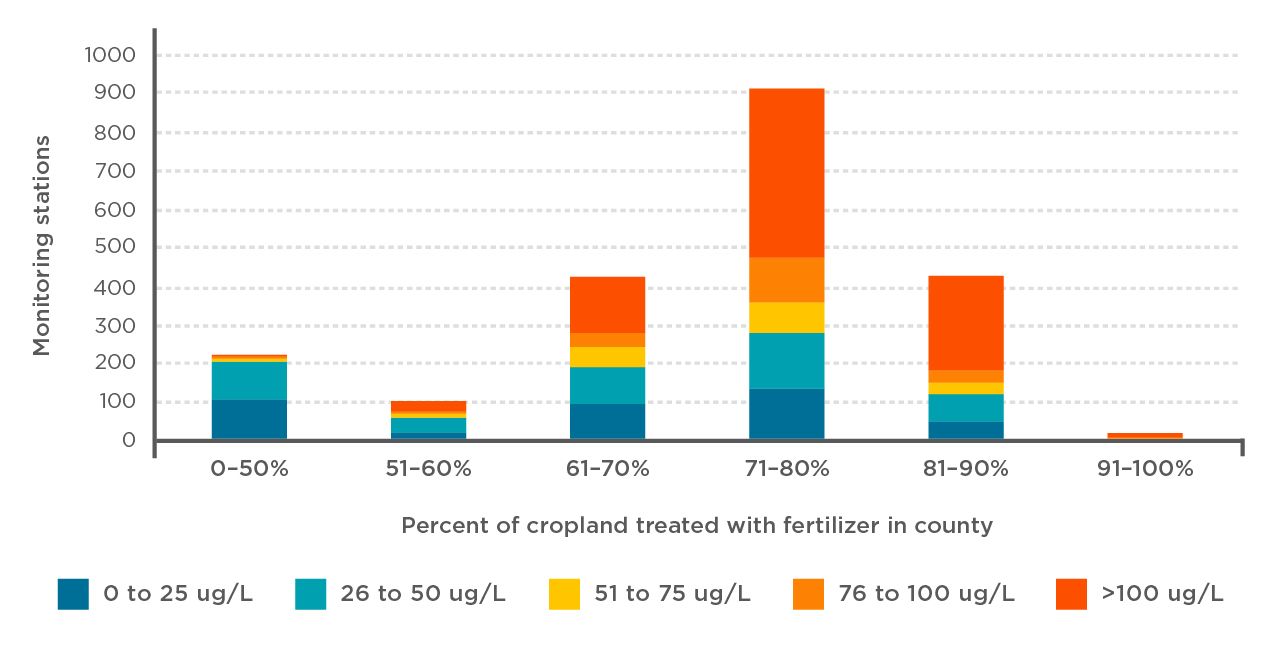 Figure 2: Correlation between intensive fertilization and high levels of phosphorus in groundwater.

Previous EWG investigations have revealed that nitrate contamination of drinking water is a serious and worsening problem in the region and across the United States, and the water atlas’ findings underscore this urgent issue.

Nine out of 10 of the community water systems in the four states use groundwater as their source and serve over 9.6 million people. Fewer systems rely primarily on surface water, but they serve 9.4 million people.

Under the 1974 federal Safe Drinking Water Act, the legal limit for nitrate (measured as nitrogen) in community water systems is 10 mg/L, which is enforced by the Environmental Protection Agency. This limit was based on a 1962 U.S. Public Health Service recommendation to guard against so-called blue baby syndrome, a potentially fatal condition where infants who ingest too much nitrate are starved of oxygen. But more recent studies show strong evidence of an increased risk of colon and rectal cancers, thyroid disease and neural tube birth defects at levels of 5 mg/L or even lower.

Millions of people in the four states rely on private wells that draw water from the ground for drinking. EWG has documented alarming contamination of those household wells in Iowa and Minnesota, but there is no systematic monitoring of private wells across the region.

Figure 3: Correlation between intensive fertilization and high levels of nitrate in drinking water.

Figure 4: Correlation between intensive fertilization and high levels of nitrate in groundwater.

There are multiple ways to measure and report levels of phosphorus and nitrate in surface water and groundwater. How those levels are reported often differ among, and even within, states. EWG used the best available data sources to build the water atlas, aiming for as much consistency between states as possible to effectively compare the contamination (Figure 5).