Des Moines Water Works has struggled for years to provide safe drinking water to its customers, battling nitrate contamination from upstream farms. But contamination from agricultural practices may be even worse for the estimated 230,000 to 290,000 Iowans whose drinking water comes from private wells, an investigation by Environmental Working Group and Iowa Environmental Council finds.

Between 2002 and 2017, unsafe levels of nitrate, coliform bacteria and fecal coliform bacteria were found in thousands of wells across Iowa. Farms are among the main source of the contamination, especially in rural areas of the state.

Almost three-fourths of private wells polluted by these contaminants were in rural counties. Nitrate from fertilizer and animal manure and bacteria from manure applied to farm fields seep through soil or run off poorly protected fields to contaminate drinking water.

Public water systems have strict rules about how much nitrate and bacteria are in drinking water. But private well owners are left to deal with harmful pollutants on their own.

Which private wells have the most contamination?

More About The Map

The U.S. Environmental Protection Agency has determined there is no safe level of coliform or fecal coliform bacteria in drinking water.

Most coliform bacteria are not harmful themselves, but some strains of E. coli can cause diarrhea, vomiting and even death. The presence of coliforms in drinking water indicates other scary pathogens may lurk there, too. 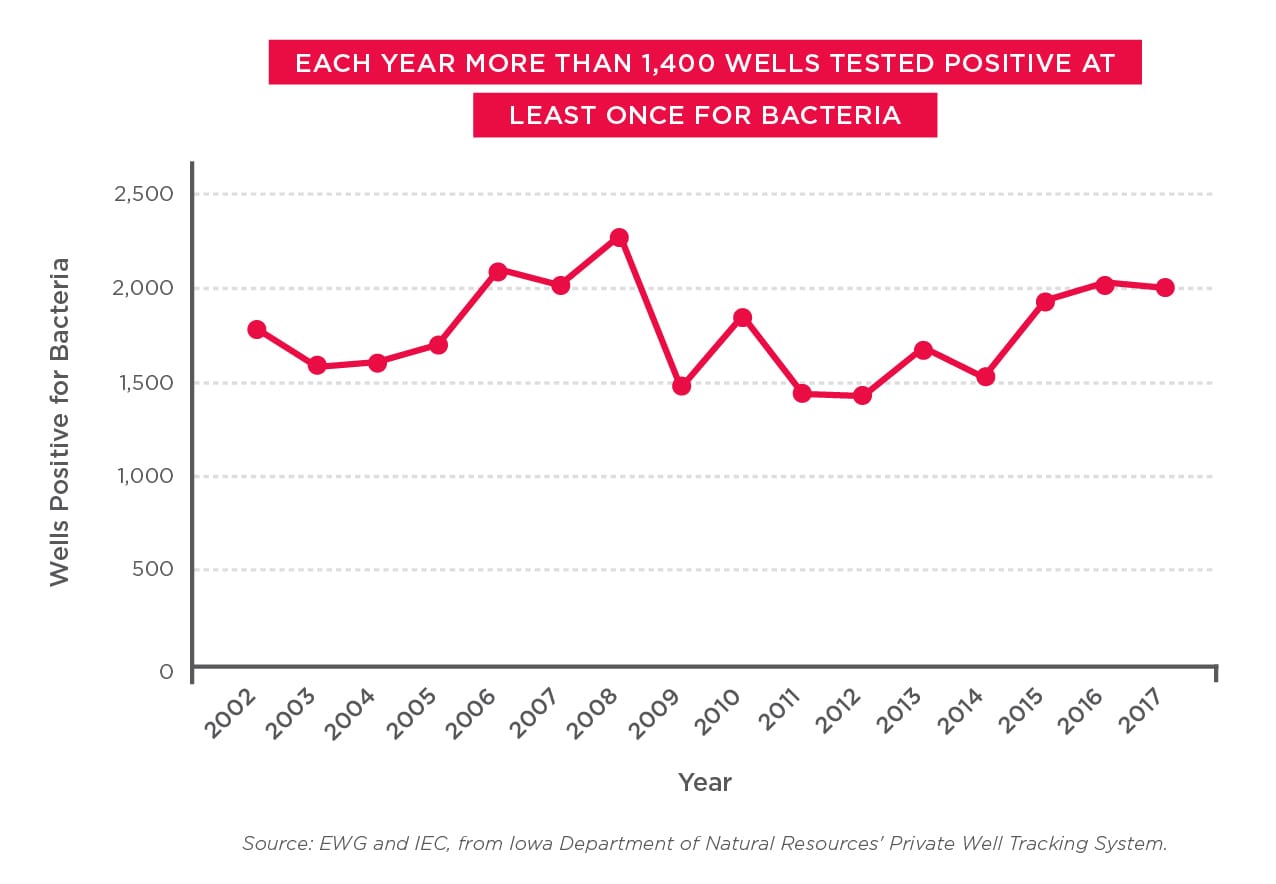 The EPA’s legal limit for nitrate in drinking water is 10 milligrams per liter, or mg/L. But many recent studies have found that drinking water with just 5 mg/L is potentially dangerous and associated with increased rates of colon, rectal, bladder and ovarian cancer, as well as birth defects. 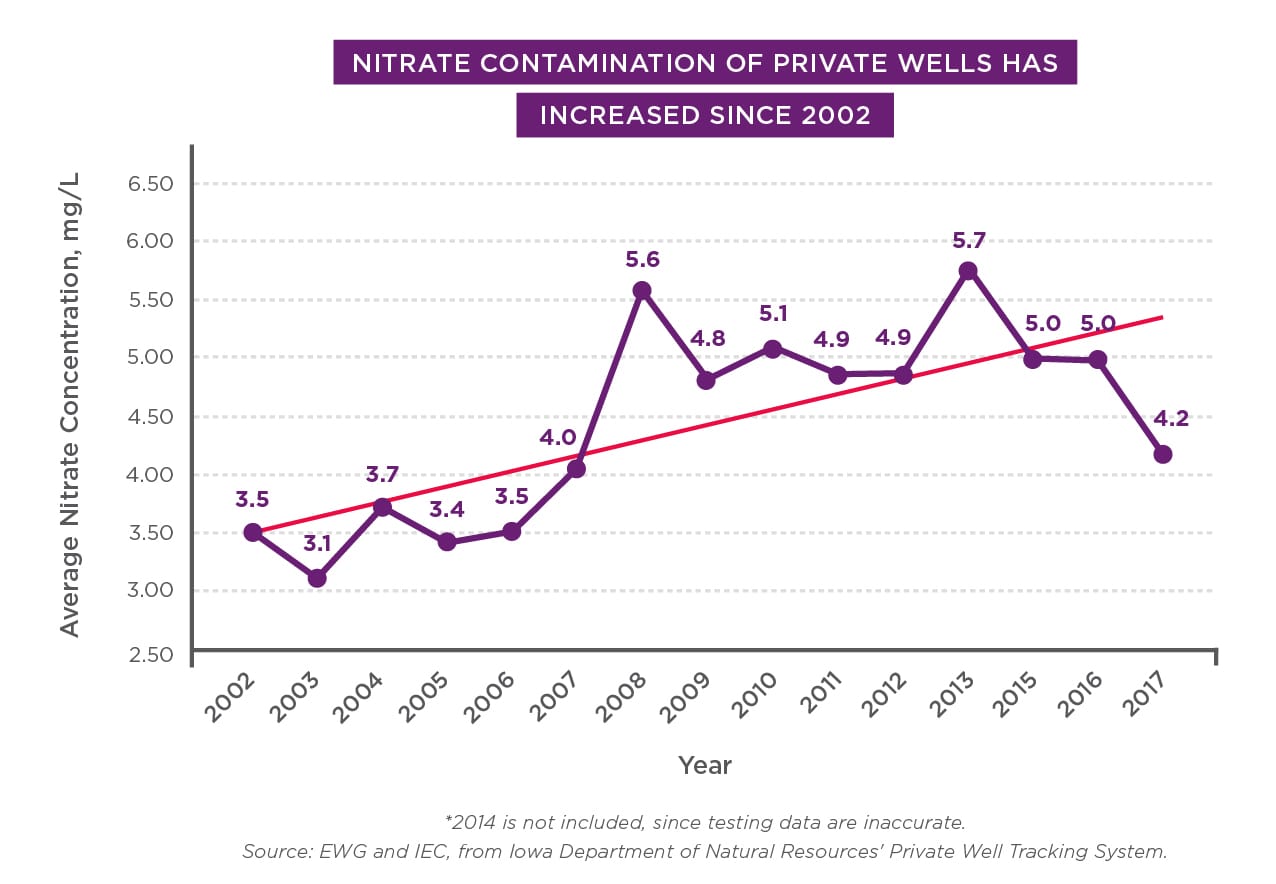 The Iowa Department of Natural Resources recommends – but does not require – that well owners test wells at least once every year. 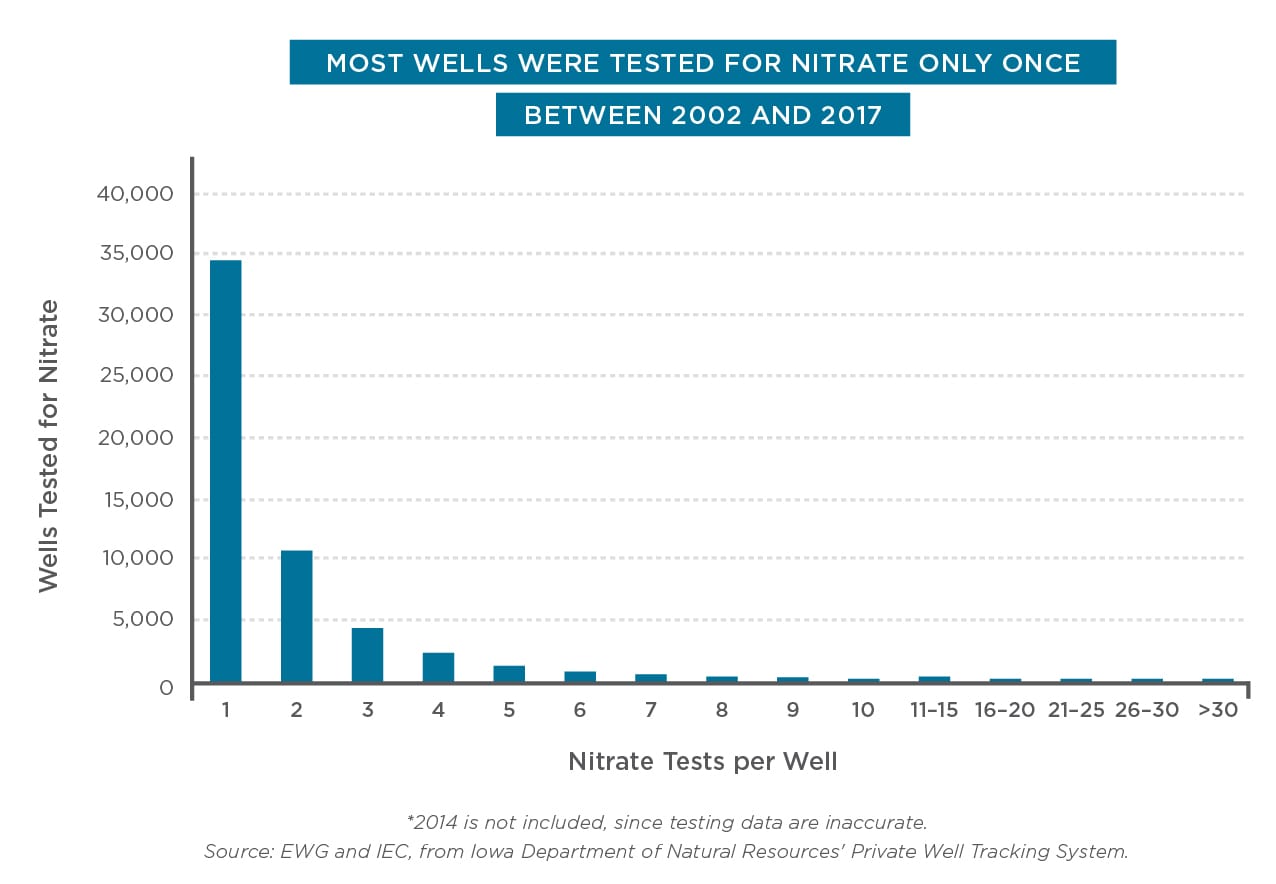 Treating well water contaminated with nitrate or bacteria, or digging a new or deeper well to fix the contamination issue, can cost a homeowner thousands of dollars. And some well owners literally can’t dig their way out of the problem, because there is no guarantee that going deeper is a long-term solution.

If you are an Iowa resident who uses a private well and you want to find out if there’s nitrate or bacteria in your drinking water, contact your county sanitarian from this list and ask for a free well test through the Grants to Counties Program.

To see more results of this study, click here.