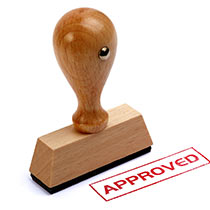 In 2010, Theocorp Holding Co. requested that the FDA list theobromine, an alkaloid found in chocolate that has effects similar to caffeine, as “generally recognized as safe” for use in a variety of foods, including bread, cereal and sport drinks. FDA scientists questioned the GRAS designation, noting that the estimated average human consumption rate was five times higher than the level the company reported as safe (NRDC FOIA 2013). They also said that the company had not adequately explained why the reproductive and developmental effects seen in animals exposed to theobromine were not a concern. In response, Theocorp withdrew its request to FDA, but theobromine was later declared GRAS and is being used in food outside FDA oversight (NRDC 2014).

Theobromine is just one example of an enormous loophole in the FDA’s voluntary GRAS notification process. The food additive industry is allowed to designate a substance as GRAS without even notifying the agency, relying instead on “expert panels.” Theocorp’s submission triggered important questions from FDA scientists about the additive’s safety. Instead of addressing them, the company withdrew the request, and the GRAS designation was made later without FDA approval. In some cases, companies forego FDA’s notification process altogether. The agency does not know the identity of these secretly GRAS-approved chemicals and cannot review data to determine whether they are truly safe in food (NRDC 2014).

This must change. In order for additives to be Generally Recognized as Safe, FDA must have access to safety information and assert jurisdiction over the approval of all GRAS-listed additives.

What you should do

Tell the FDA that the GRAS approval process must be reformed. Companies should not be allowed to secretly approve food additives as GRAS without notifying or sharing safety data with the FDA. 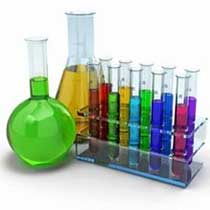 The term “natural flavor” finds its way into more than a quarter of EWG’s roster of 80,000 foods in the Food Scores database, with only salt, water and sugar mentioned more frequently on food labels. “Artificial flavors” are also very common food additives, appearing on one of every seven labels.

The truth is that when you see the word “flavor” on a food label, you have almost no clue what chemicals may have been added to the food under the umbrella of this vague term. For people who have uncommon food allergies or are on restricted diets, this can be a serious concern.

In addition to the flavor-adding chemicals themselves, flavor mixtures often contain natural or artificial emulsifiers, solvents and preservatives that are called “incidental additives,” which means the manufacturer does not have to disclose their presence on food labels. Flavoring mixtures added to food are complex and can contain more than 100 distinct substances. The non-flavor chemicals that have other functional properties often make up 80 to 90 percent of the mixture.

Consumers may be surprised to learn that so-called “natural flavors” can actually contain synthetic chemicals such as the solvent propylene glycol or the preservative BHA.  Flavor extracts and ingredients derived from genetically engineered crops may also be labeled “natural,” because the FDA has not fully defined what that term means. (Certified organic “natural flavors” must meet more stringent guidelines and cannot include synthetic or genetically engineered ingredients.)

EWG considers it troubling that food companies do not fully disclose their ingredients and use vague terms like “flavors.” Consumers have a right to know what’s in their food. We are also concerned that processed food makers manipulate flavors to whet people’s appetite for unhealthy foods and encourage overeating.

What you should do

Choose fresh foods rather than processed and packaged foods that contain flavoring chemicals that artificially alter smell and taste. Call on companies to disclose what chemicals they use in their flavoring mixtures. Use EWG’s Food Scores to find foods without flavoring ingredients.
‹ Generally Recognized as Safe – But is it? Food Colors: Questions and Contamination ›