Your Nail Polish Could Be Disrupting Your Hormone System 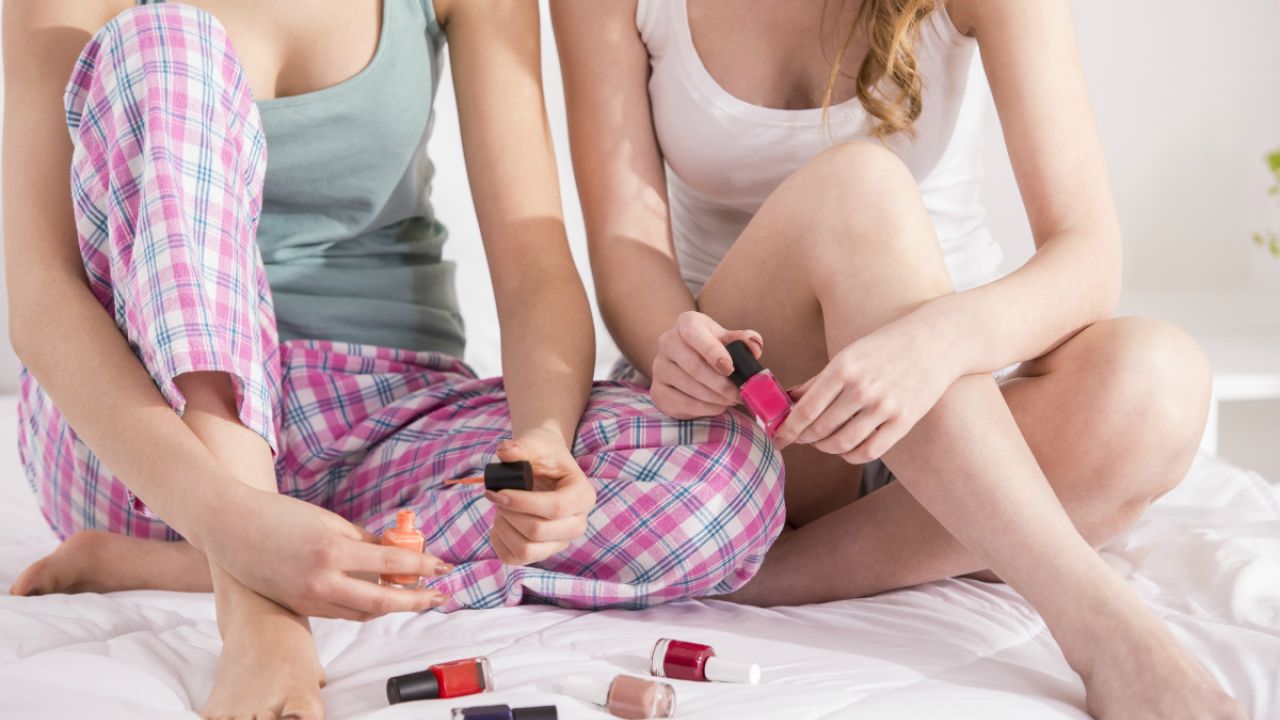 As my 10-year old daughter handed me her sleeping bag and pillow after the spa party, I noticed that her nails were decorated with multi-colored stickers. She said that she knew I worked in environmental health and wouldn’t want her to get her nails painted.

I cringed but simultaneously rejoiced. I had officially become “that mom”—the one whose kid passed on nail polish because it might be toxic. I was especially relieved when I saw the latest report from the Environmental Working Group (EWG), the nonprofit research and advocacy organization where I am executive director.

That report, called “Nailed: Endocrine Disruptor in Nail Polish Gets in Women’s Bodies,” reaffirmed my daughter’s choice to skip nail polish. It recounted the results of a scientific study co-authored by researcher Heather Stapleton of Duke University and EWG toxicologist Johanna Congleton that found that a chemical added to nail polish to make it more flexible and chip-resistant got into the bodies of all 26 women who volunteered to paint their nails for the study. The evidence showed up in their urine within half a day.

These findings could have serious implications for nail polish users, especially for children, ‘tweens and teens. Scientists suspect that the chemical at issue—triphenyl phosphate, or TPHP—disrupts the hormone system. Researchers have linked hormone disruptors such as TPHP to early onset of puberty, neurodevelopmental problems and obesity. The last thing girls need in their bodies as they are developing rapidly is something that may play havoc with their hormones.

What’s worse, nail art is all the rage among the vulnerable age group. The nail industry estimates that nine out of 10 girls between the ages 12 and 14 use nail products, sometimes daily.

These girls are likely to have been exposed to TPHP from multiple sources over years. It is often used as a fire retardant infused into foam furniture. From furniture, it and other fire retardant chemicals migrate into household dust, and from there, into people—especially children. EWG biomonitoring tests conducted in 2008 discovered that babies and toddlers, who play on the floor, typically had triple the amounts of fire retardant chemicals in their bodies as their mothers. A 2014 study by Duke and EWG found that children’s exposure to TPHP was on average nearly three times that of adults. Evidence of the chemical was found in all 26 children tested in the 2014 study.

What do scientists know about the consequences of long-term exposure to fire retardants such as TPHP? Not enough. But I am worried that it is not good for my daughter, or anybody else’s.

We also learned from this study that not all nail polish brands come clean about their TPHP content.

Stapleton’s lab at Duke tested 10 polishes and found TPHP in eight of them. Two of those did not disclose the chemical’s presence on the label even though they listed other ingredients.

EWG’s Skin Deep shows that nearly half of the 1,500 or so nail polishes and treatments in the database disclose TPHP on their lists of ingredients. We’ve compiled a list of some leading brands with TPHP here.

But our list won’t be complete until cosmetic companies verify their ingredients. As the Duke-EWG study showed, more polishes could contain TPHP and fail to disclose it.

The conclusion is inescapable: any girl who paints her nails stands a chance of coming into contact with a potential hormone disruptor. (The exception: the Duke lab did not test special children’s nail polishes sold at toy stores.)

How can the cosmetics industry get away with adding TPHP to popular products? The federal laws meant to regulate toxic chemicals in cosmetics and other consumer products are broken.

But last April, Sens. Diane Feinstein (D-Calif.) and Susan Collins (R-Maine) introduced S. 1014, the Personal Care Products Act of 2015, which would require Congress to update the federal law governing the regulation of cosmetics. This statute has not been substantially updated since its passage in 1938. Despite the general gridlock on Capitol Hill, this bipartisan compromise bill has real momentum. You can learn more about the legislation here, and take action to tell Washington to support cosmetics law reform. You can use this link to tell nail polish makers to get TPHP out of their products.

The “mani-pedi” culture endangers salon workers and manicurists, too. Gov. Andrew Cuomo of New York sent shock waves through the salon community last May when he ordered emergency measures to protect workers at nail salons from toxic chemicals, to make salon managers pay back wages to their employees and to ensure that employees knew their rights. Some groups, such as California’s Healthy Nail Collaborative, are focused on informing both salon patrons and workers and to bring healthy and fair working conditions to salons.

For now, I’ll keep hoping my daughter makes healthy choices as she moves from ‘tween to teen. And I’ll hold my breath until the next EWG report. Who knows what chemicals are lurking in the stickers she put on her nails?

It’s time for all of us to speak up to ensure that “self-care” means rituals, products and services that celebrate women’s wellness, and above all, are safe and just.