Is there PFOA in my butter? 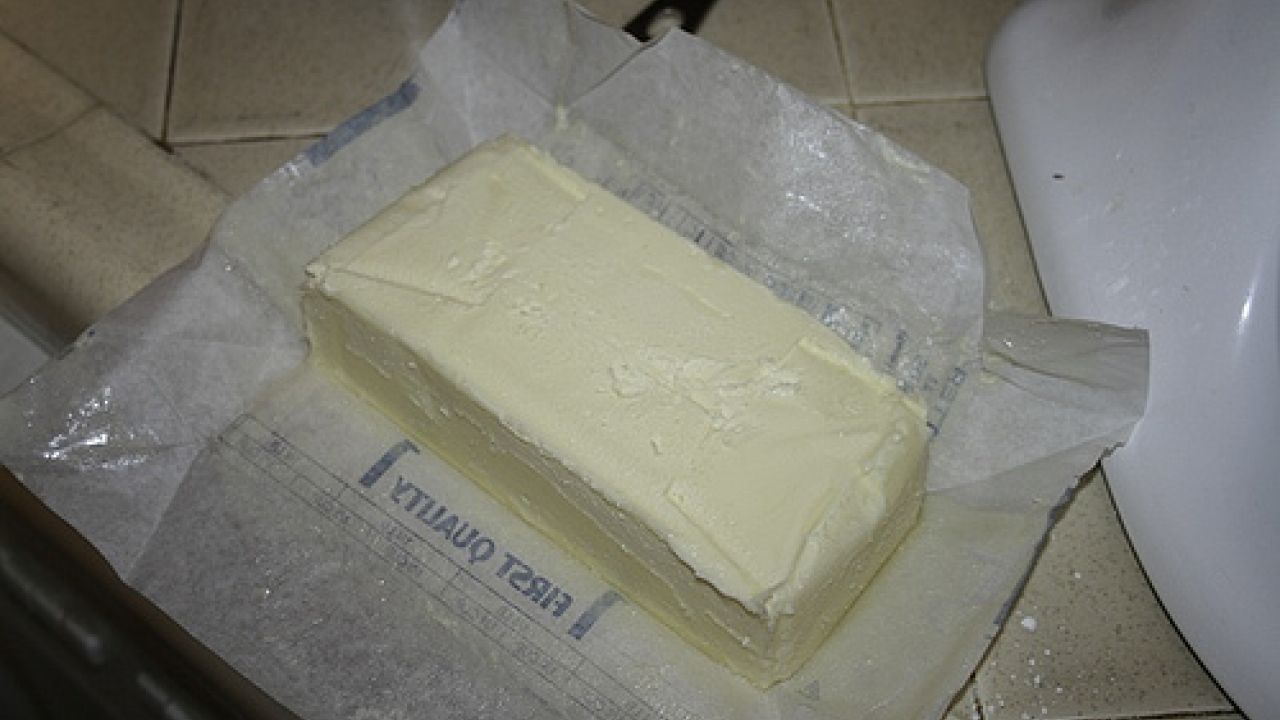 What do popcorn bags, muffin and croissant bags, hamburger and sandwich wrappers, pizza box liners, French fry and hash brown bags and butter boxes have in common? If your guess was "savory food inside," this answer is only partially correct.

Turns out that all these products also share a set of secret and not-so-tasty ingredients, known as perfluorochemicals (PFCs), which are applied to the inner lining of the packaging to make it grease-proof. One member of the PFC family, PFOA or perfluorooctanoic acid, is well-known as a persistent, toxic chemical that pollutes the bodies of people and wildlife across the globe.

PFOA has been used for decades as a manufacturing aid for producing common household products such as Teflon non-stick cookware and water-resistant clothing. Industrial air and water emissions of PFOA led to widespread environmental contamination of the environment with long-lasting human health consequences, including negative effects on reproductive system and fetal development. How do we get exposed? PFOA contaminated the bodies of over 99% of all Americans, likely due to multiple sources of PFOA that people face on a daily basis. We still don't know whether non-stick cookware, stain-resistant clothing, polluted drinking water, PFC-treated carpets and furniture, or packaging act as the primary source of PFOA exposure. For people who seek to avoid PFOA and other PFCs in their environment, manufacturing secrecy has been especially frustrating. Walking into a store, shoppers may not know which of the products are PFC-free, since manufacturers are not required to disclose all of the product ingredients.

The problem with food packaging. Food packaging is an egregious example of hidden PFC exposure. In theory, any material applied to food packaging should be thoroughly tested by the manufacturer and then evaluated for safety by the FDA. In practice, many food packaging materials get on the market with limited or insufficient safety data, as demonstrated by recent EWG research on new food packaging chemicals.

Frequently, manufacturers get away with limited tests of food packaging materials that assess a small number of exposure scenarios, use food simulant liquids instead of actual foods people eat, and rely extensively on modeling rather than real-life testing. As a result, instead of active, public-health protective oversight over food packaging, FDA generally plays catch-up, learning of the problem long after the product has been on the market, and then delaying taking an action even in the face of overwhelmingly convincing scientific data about the health risks of a food-packaging material.

Does PFOA leach into our food, like the butter pack I bought last week? Most likely, yes. In 2008, scientists at the FDA Center for Food Safety and Applied Nutrition reported that fluorochemical mixtures applied to the surface of food packaging can contain up to 200 mg/kg of PFOA. In the final paper product PFOA levels may be decreased, but still very significant, remaining in the range of 0.3-1.2 mg/kg, as indicated by the FDA publication in the scientific journal Food Additives and Contaminants.

The most important finding from this research is that both the primary fluorochemical coating ingredient and the PFOA impurity migrate into the packaged food, ultimately ingested by unsuspecting popcorn- and butter-eaters like you and me. The good news is that the levels of migrating fluorochemicals are variable and not always high. The bad news is that for those of us who really like butter, exposures would add up after many years of eating this delicious product. What the FDA has to say. The FDA study closes with seemingly simple and technical conclusions: "greater migration is always seen into butter, an emulsified food, than into typical food-simulating solvent" and "the significantly higher migration of fluorochemicals found for the emulsifier-in-oil systems compared to migration into pure oil has implications for the use of oil migration data in estimating dietary exposure to fluorochemicals transferring from treated food-contact paper into a fatty food."

The meaning behind this impartial conclusion is far from innocuous - the supposed safety claims that manufacturers made on behalf of fluorochemical-coated food packaging have been based on tests with oil simulants, not with actual foods - like my butter. Yet, as FDA research showed, butter stored in fluorochemical-treated packaging accumulates detectable levels of these chemicals, even when stored in a refrigerator, under conditions that limit migration of food packaging chemicals into food.

It's not on the label. While the problem of food contamination with packaging chemicals is an important health concern, fortunately this is an issue where shoppers can accomplish a lot by asking manufacturers and producers a simple question: what's in this box? The answer "just butter" is not sufficient, because we already know that it's not "just butter," but also a range of chemicals from the packaging itself.

Shoppers have a right to demand complete disclosure, and manufacturers will listen to the message. Food packaging should be guaranteed to be safe and fully labeled, allowing shoppers to make a choice that protects the health of their families.