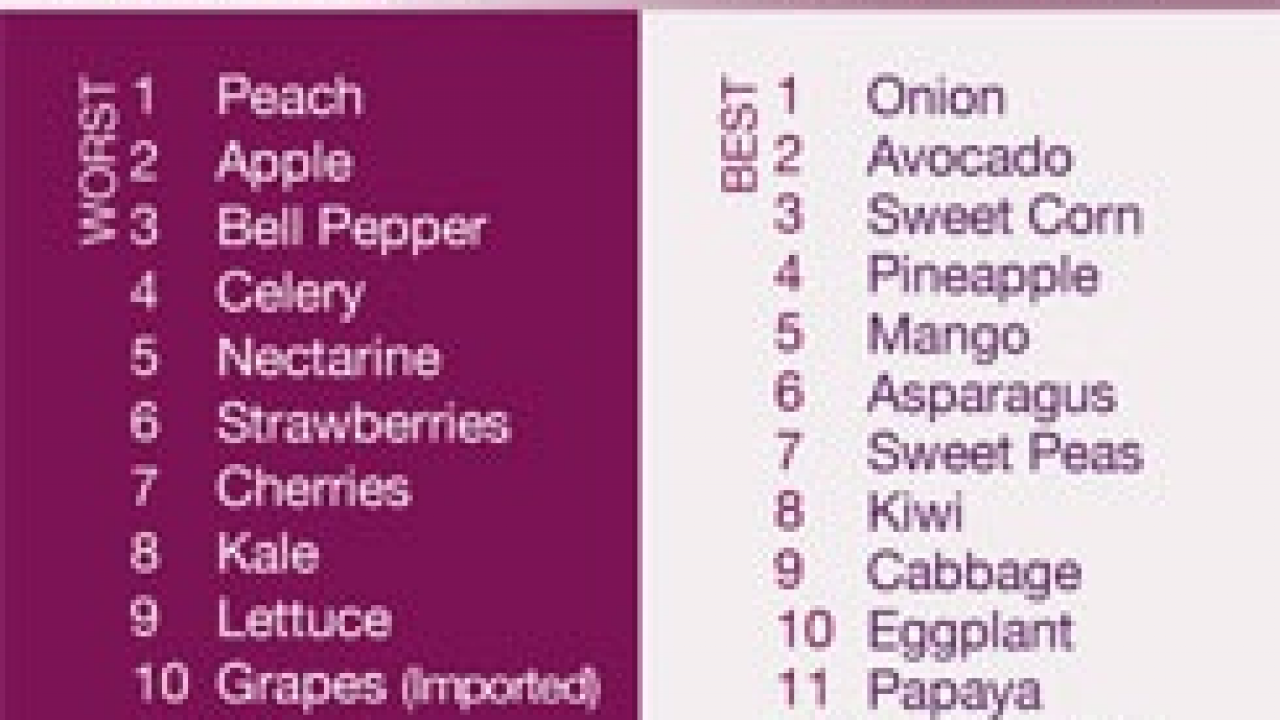 Since the Environmental Working Group released its 2011 Shopper’s Guide to Pesticides in Produce earlier this year, apologists for the pesticide industry and conventional agribusiness have attacked it on grounds that it was not published in a scholarly journal, whose rules would require review by “peers” – scientific experts on the topic at hand.

They’re right. The Shopper’s Guide method for ranking food wasn’t peer-reviewed.  Does every piece of useful information need to be peer-reviewed?

The rationale behind our ranking system is laid out in plain language on our website. We believe it speaks for itself.  Anyone who would rather crunch the numbers themselves definitely can download the USDA data and do so. Pesticides are on much of the conventionally grown produce sold in the U.S.  Our Shopper’s Guide merely lists which items consistently contain high and low levels of pesticide residues.

This simple guide condenses very detailed measurements of pesticide residues on food samples into a manageable list. Common, helpful consumer guides can be are found on iPhones, not in the International Journal of Toxicology. Other popular guides are the Monterey Aquarium Fish List and the American Heart Association’s list of heart-friendly foods. EWG analyzes pesticide testing conducted every year by the US Department of Agriculture’s Pesticide Data Program so concerned customers don’t have to.

It’s an easy-to-use, free tool for people who want to avoid eating toxic pesticides. EWG’s annual Shopper’s Guide is one of the only resources available to everyone that easily lays out which produce items carry the most pesticide residues and which ones regularly turn out to have the least, based on years of USDA’s own residue tests. This is critical information, since the Environmental Protection Agency can deem a pesticide safe one day and harmful the next.

Personally, I think it would be nice if the produce industry just said “thank you.” EWG gives its followers a tool that makes their shopping experience a little less stressful.

Of course, that will never happen.

These pesticide hacks  - whether they make them or spray them – would rather leave  busy people on their own to analyze the USDA’s 194-page pesticide report, full of technical jargon, graphs, charts, spreadsheets, appendices and two full pages of acronyms and abbreviations.

This year the USDA published its residue tests late, due entirely to a lobbying effort by the pesticide and produce industries, which wanted to alter the government’s report.. In short, chemical agribusiness wanted consumers to have less rather than more information about what toxic chemicals are on fruits and veggies. Not a shock.

EWG thought families had the right to know about pesticides in produce and stood up against the pro-pesticide alliance, beating back its efforts to limit pesticide information to the public.

A number of the world’s leading scientists and physicians stood with EWG and demanded that the Obama administration release the pesticide tests.

Don’t forget. The only two groups who consistently defend pesticide residues on fruits and veggies as safe for human consumption are the pesticide and produce industries. Leading scientists from around the world – who aren’t paid by chemical agribusiness – have been sounding the alarm for years, showing adverse affects in children from dietary and in-utero pesticide exposure.

Some reasons why people are and should be concerned about pesticides in produce:

When an environmental and consumer interest nonprofit group finds itself the subject of attacks by the pesticide guys, it’s done something right.