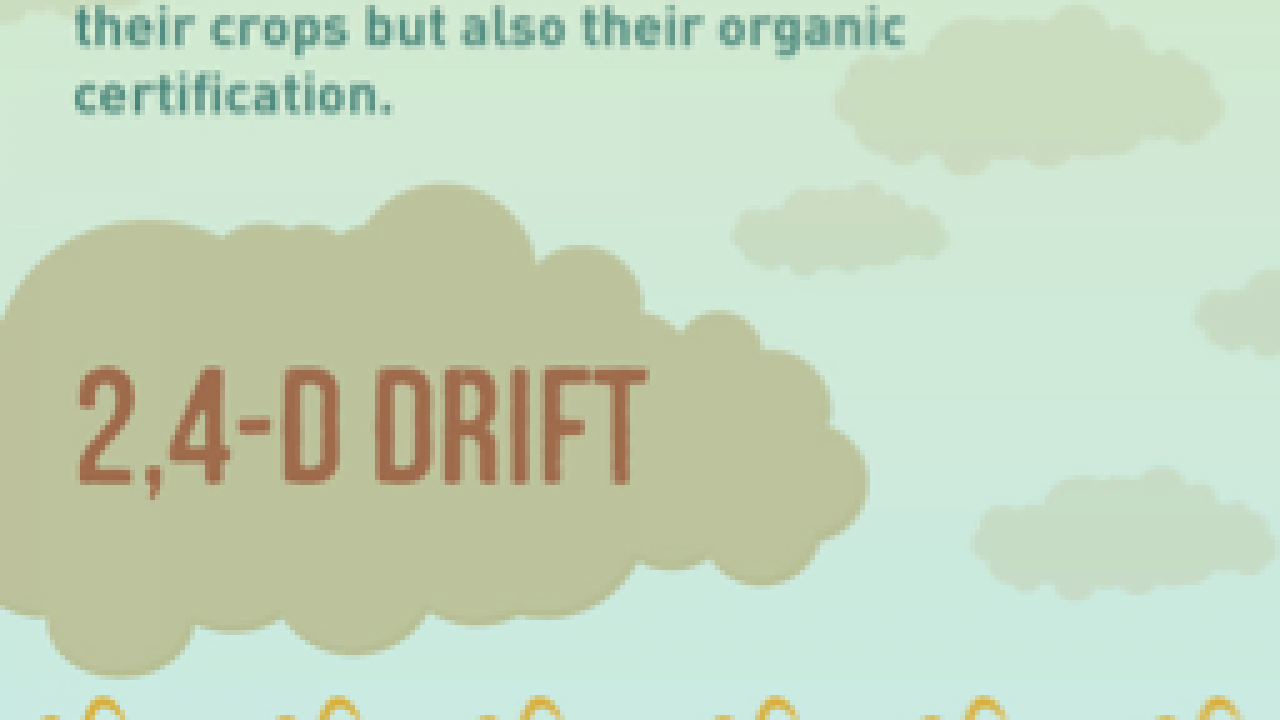 A family farm in Iowa just lost $74,000 thanks to agricultural chemical trespassing known as “drift,” according to a recent Associated Press story.

Andrew and Melissa Dunham lost their U.S. Department of Agriculture organic certification  – and the profits that go along with it – for three full years because a neighbor sprayed a non-organic pesticide on his crop.  Some of this pesticide drifted onto the Dunhams’ formerly organic asparagus.

The Dunhams are not alone.  According to the Western Farm Press, in June 2012, 15,000 acres of cotton and a young pomegranate orchard in San Joaquin Valley were damaged by drift from a Merced County, Calif. 2,4-D application to a nearby pasture.   And last year, according to the Northeast Mississippi Journal, farmer Will Reed lost much of his heirloom tomato crop and his organic status to a suspected drift of 2,4-D.

The problem of drift could worsen if the Environmental Protection Agency approves Dow AgroSciences’s new weed killer, Enlist Duo, which contains 2,4-D and glyphosate.  This new product is intended to blanket fields of genetically engineered corn and soybeans, the most widely planted crops in the U.S.

Dow AgroScience claims that if the new Enlist Duo formulation is sprayed with certain equipment under specific weather conditions as directed, it could drift up to 200 feet. But the EPA has said that older formulations 2,4-D have been known to drift more than 1,000 feet.

Whatever the case, it’s not fair to expect farmers striving to grow their crops without 2,4-D to shoulder the burden of drift.

Farmers with crops vulnerable to 2,4-D drift should tell EPA to deny Enlist Duo for use on genetically engineered crops: www.stop24D.com.