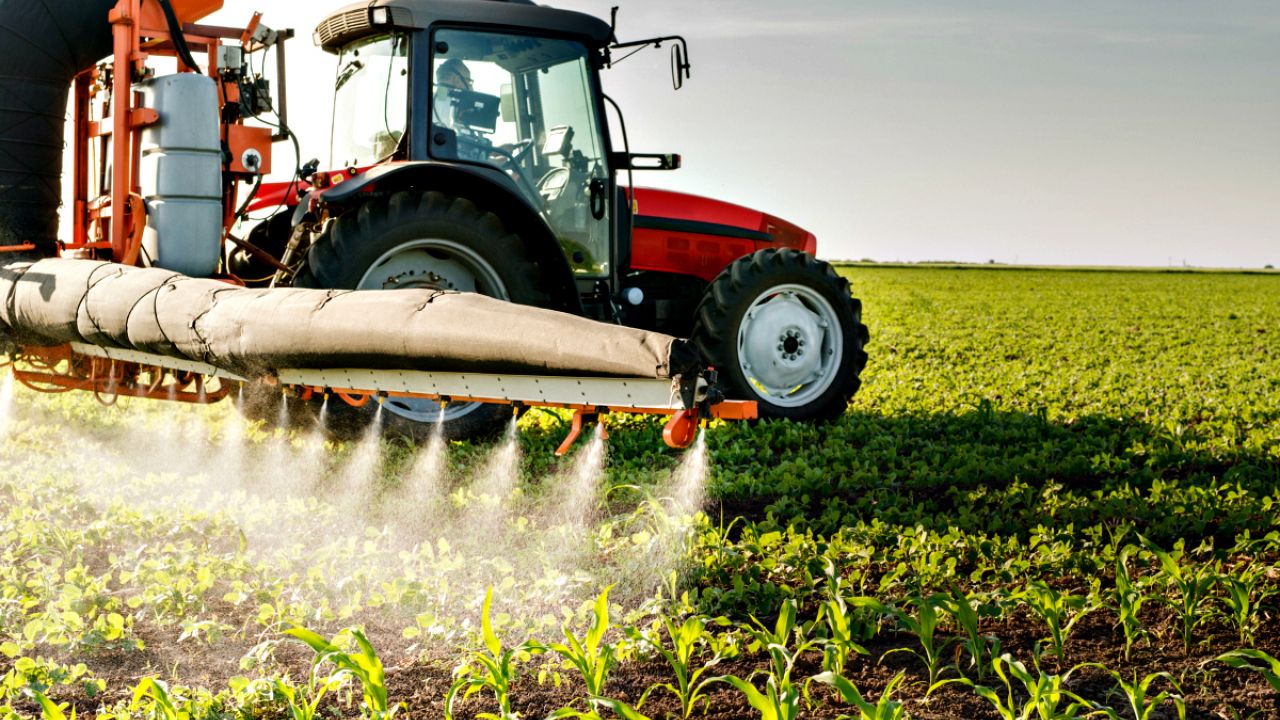 Farmers in Arkansas and Missouri have filed more than 100 complaints with state agriculture agencies over a toxic weed killer that is drifting from adjacent farms and damaging their crops. The herbicide is not only stunting the growth of soybeans – it's also being used illegally.

As National Public Radio and The Wall Street Journal reported, farmers say the chemical, known as dicamba, is being illegally sprayed by neighboring farms growing genetically modified crops from seeds created and sold by Monsanto, known as Roundup Ready 2 Xtend.

This year, Monsanto reportedly sold more than 2 million acres worth of the new seeds, claiming they get rid of weeds and produce higher yields. But the seeds are meant for use with a new Monsanto herbicide the Environmental Protection Agency has yet to approve. As NPR put it, Monsanto "gave farmers a new weed-killing tool that they couldn't legally use."

The widespread adoption of Monsanto's first generation of Roundup Ready crops, engineered to tolerate glyphosate, aka Roundup, has worsened weed problems on farms and created herbicide-resistant superweeds. To combat these weeds, Monsanto engineered the new seeds to grow soybeans and cotton that will withstand a chemical cocktail of glyphosate and dicamba.

Even a small amount of dicamba can cause significant damage to conventional soybeans that haven't been engineered to resist the herbicide. Monsanto says the new glyphosate-dicamba mixture is less likely to drift onto fields growing conventional soybeans. But some farmers who invested in the new seeds are – unwittingly or knowingly – using an older, drift-prone version of dicamba on these new GMOs, which breaks federal pesticide law.

Some farmers in Missouri and Arkansas feel backed into a corner because they have to choose between buying new Monsanto GMO seeds and allowing dicamba drift to damage crops on their own fields.

What's worse, Monsanto's new glyphosate-dicamba cocktail may not work for very long. Although the new GMO soybeans and cotton were engineered to combat superweeds, recent research suggests weeds may evolve to resist dicamba over just three years, creating new varieties of superweeds. It's a vicious circle, and judging from history, Monsanto and other pesticide companies like Dow will respond by creating more chemical cocktails and crops engineered to withstand them ad infinitum.

Congress is about to write the next farm bill, which will determine the direction of the nation’s agriculture policy for the next five years. While taxpayers foot the bill for farm subsidies, very little money goes to sustainable farming practices. And of the meager federal support for conservation, less than 1 percent goes to practices that reduce the need for pesticides.

Instead of pushing farmers onto a toxic treadmill, federal farm policy should provide incentives for them to adopt weed management practices that are less dependent on chemicals.