Livestock Feedlot Facts Should be Public 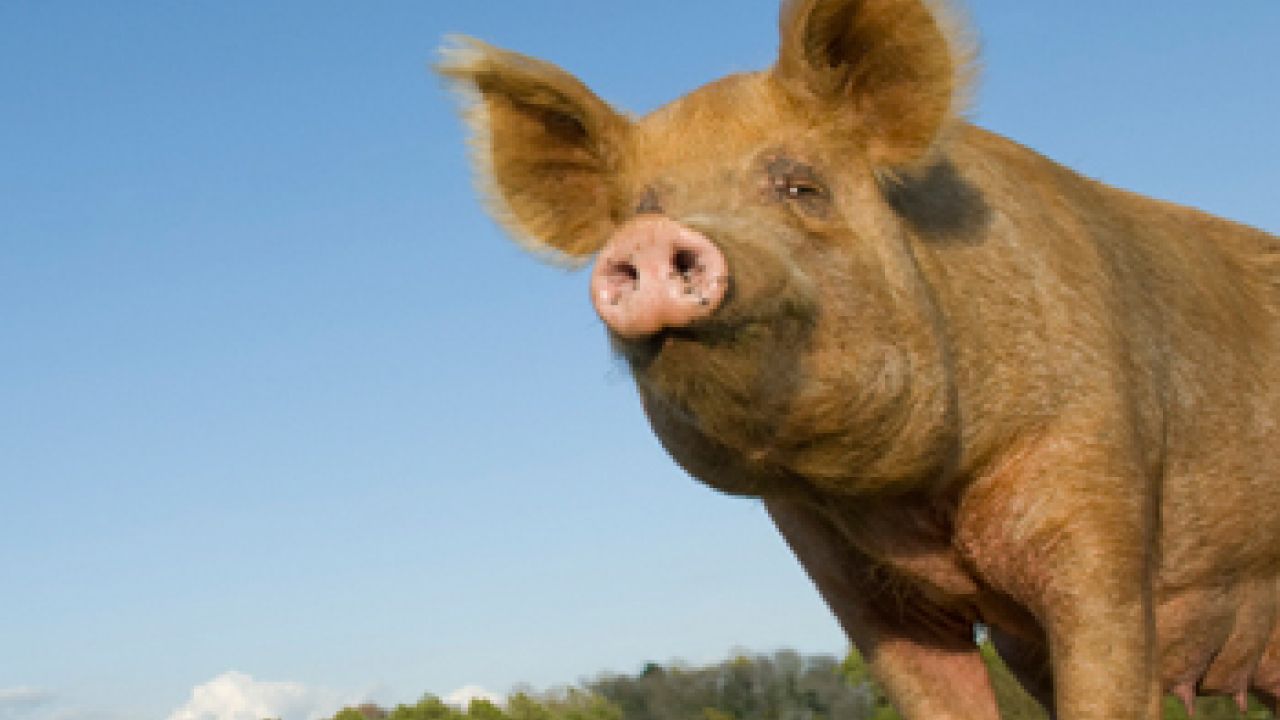 Largely out of the public view, government officials, environmental groups and agricultural interests have been battling over public access to data about the workings of the crowded animal feedlots known as CAFOs, or concentrated animal feeding operations.

The federal Environmental Protection Agency and environmental groups make a strong case that the information is needed to determine whether the feedlots are complying with the Clean Water Act and other laws. Industry groups object that releasing the data invades the privacy of people who run CAFOs and potentially puts them in danger, but their critics say that the industry’s real goal is to stymie regulators by denying EPA the information it needs. The debate has slowly come to public attention and could prove to be an important test of the Obama administration’s transparency policies.

The environmental implications are anything but trivial. There are roughly 450,000 animal feeding operations in the United States, and the amount of cow, pig and chicken manure they generate is 13 times greater than the amount produced by the human population. This animal waste pollutes more than 25,000 miles of US rivers and streams and more than 269,000 acres of lakes.

There’s no way to address a problem of this magnitude without having a basic understanding of where it’s coming from and how it comes to be.

The roots of the conflict go back to 2008, when the Government Accountability Office, the investigative arm of Congress, examined how well EPA was overseeing state agencies that had been assigned the task of regulating animal feeding operations.  Under the Clean Water Act’s provisions, the feedlots only need a permit to discharge waste if they dump it intentionally into a lake or stream. EPA wrote the rules, known as the National Pollution Discharge Elimination System, but generally delegated administration of the system to state agencies, which have a mixed record on enforcement. The states may then, if they choose, regulate where and when the farms can spread the manure on the ground to dispose of it.

In its final report, the GAO emphasized the lack of reliable information on the feedlots, saying “no federal agency collects accurate and consistent data on the number, size, and location of CAFOs,” and “EPA does not have the information that it needs to effectively regulate these operations.”

As a result of the GAO report, the Natural Resources Defense Council and other groups went to court to force the EPA to collect the information. In a May 25, 2010, settlement, EPA agreed that it was effectively impossible to regulate feedlots if it did not know their locations, the number and types of their animals, and their manure storage capabilities and disposal methods. EPA also agreed to begin systematically collecting that information.

More than a year later, on Oct. 21, 2011, EPA published a proposed rule requiring CAFOs to submit this data, which the agency planned to publish in an online database, much as it does with every other type of polluting business. But the rule was met with heavy resistance from the agriculture lobbyists, who objected that because farmers work “at their homes,” information about their farms was personal and should be private. The industry also raised biosecurity issues, contending that if animal rights activists knew where CAFOs are located, they would attack them.

In the face of intense industry pressure, EPA withdrew the proposed rule in July 2012, saying that instead it would collect myriad state reports and attempt to construct a uniform database from them. By the fall, it had assembled the available information, which was uneven in quality and completeness. Most of it had been submitted to the states the under terms of the Clean Water Act. That made it public data. Environmental groups requested the information under the Freedom of Information Act, and EPA properly released it.

Industry representatives, who thought they had blocked public release of the data, were apoplectic. Former National Cattlemen’s Beef Association president J.D. Alexander reflected the general mood:  “It is beyond comprehension to me that with threats to my family from harassment atop bio-security concerns, that EPA would gather this information only to release it to these groups. This information details my family’s home address and geographic coordinates. The only thing it doesn’t do is chauffeur these extremists to my house. For some operations, even telephone numbers and deceased relatives are listed.”

Industry groups immediately launched a lobbying campaign to force the environmental groups to return the data, liberally tossing around the word “terrorism” to grab attention.

Earlier this month (April 4), eight US senators on the Committee on Environment and Public Works wrote to EPA Acting Administrator Bob Perciasepe to express their outrage over release of the data. Sen. David Vitter (R-La.), the lead Republican on the committee, and other Republican members charged that the agency had released business information that should have remained private. The EPA bowed to their wishes and asked for the data back. The “extremists” and “terrorists” immediately complied.

The EPA now says it intends to review the data, purge specific categories of personal information and then re-release it. The senators and industry lobbyists have begun working to ensure that never happens.

Ag groups have some minor legitimate concerns, in that the information was collected from many different sources, contains many different types of data and clearly should have been reviewed thoroughly prior to release. But the reactions of feedlot operators like Mr. Alexander demonstrate how drastically out of touch many of them are with the realities of the 21st century. Farmers have long won exemptions from the Clean Water Act, and they expect to be exempted again.

The fact is that there is no legitimate reason to withhold this information. The data is hardly private or personal. Farmers argue that since they live on their farms, everything the farms encompass should be treated like a home and enjoy the strongest privacy protections. With respect to their actual homes, they are correct. But there are millions of home-based hair stylists, mechanics, day care facilities, craftspeople, small organic farmers and many other businesspeople who know that their home ends where their business begins – even if it’s all in the same building. All these businesses are regulated in some way, and basic data such as names and addresses end up in public databases somewhere. The privacy rules that apply to a home are not that same as those that apply to a business. In this respect, farms are no different than any other home business, except that they are often substantially bigger.

All the CAFO data EPA has collected to date is public information – including phone numbers and addresses. Online map systems available to anyone can pinpoint any location in the United States. A quick visit to the county assessor’s website in most states will provide owners of specific parcels, their addresses, the assessed value of the property and their tax payment status. For example, in Iowa, where CAFOs are abundant, the state Department of Natural Resources has long posted data on CAFOs online, including owners, street addresses, sizes of herds or flocks, types of structures and aerial photos.

On the biosecurity issue, there is a legitimate concern. The CAFO-based system of animal agriculture in the US is incredibly vulnerable to malicious activity, but not because their locations are public. It’s because of how they are staffed, or not staffed. Finding a CAFO hardly requires a lifetime of experience in agriculture. The map below is a random selection of about five square miles of central Iowa from the publicly available Google Maps service. Can your untrained eye find the dozen or so “secret” CAFOs in the image?

The fear that the EPA data on feedlot locations creates a biosecurity threat is silly – their locations are not secrets.

The real security issue is that very, very few CAFO’s are staffed 24/7 or adequately secured. Only one of the dozen or so facilities in the image has a fence around it, and that fence does not include a security gate. Not one of the other facilities is fenced in any way.

In other words, these facilities are staffed for no more than eight hours on most days, and many get nothing more than a quick daily visit. They are easy to spot on the landscape, have no fences and no security gates. In the majority of cases, they are built away from houses and other buildings due to air quality concerns, and cannot be watched from afar once crops grow to surround them. If the eight senators are truly concerned about biosecurity and safety of the food supply, they should be outraged that these businesses aren’t taking even the most fundamental steps to secure their facilities

The EPA only released the kind of CAFO data that any other home business in America would have to disclose in order to get a business license. Anyone determined to tamper with a feedlot could easily gather the same information elsewhere. Ironically, had the EPA not bowed to industry pressure and simply proceeded with its initial plan to collect the specific data directly from farmers, there would have been no issue of releasing questionable information. In effect, farmers have themselves, their own outdated ideas and the industry’s intransigence to blame for quality problems in the data EPA released.

The GAO was ultimately correct – it’s not possible to address the problems caused by animal agriculture without having access to basic details about CAFO’s location, size and manure disposal practices. The EPA is required to collect that information, and the public is entitled to have access to it. That’s part of the cost of running an industrial facility. At a minimum, the administration owes it to the American people to collect the data, put it in uniform format and make it available to anyone working to address ag pollution issues – whether Big Ag’s lobbyists, and legislators, like it or not.

Given the Obama administration’s track record to date, that’s a lot to hope for – despite the President’s promises to reform and expand government transparency programs. In a world where transparency was truly being enforced, the administration would address the outdated and counterproductive agricultural exemptions in the Clean Water Act – and nearly every other environmental law in effect today – and shed the same light on industrial agriculture as on every other industry so that the EPA, and other agencies, could do their jobs to properly protect the American people.