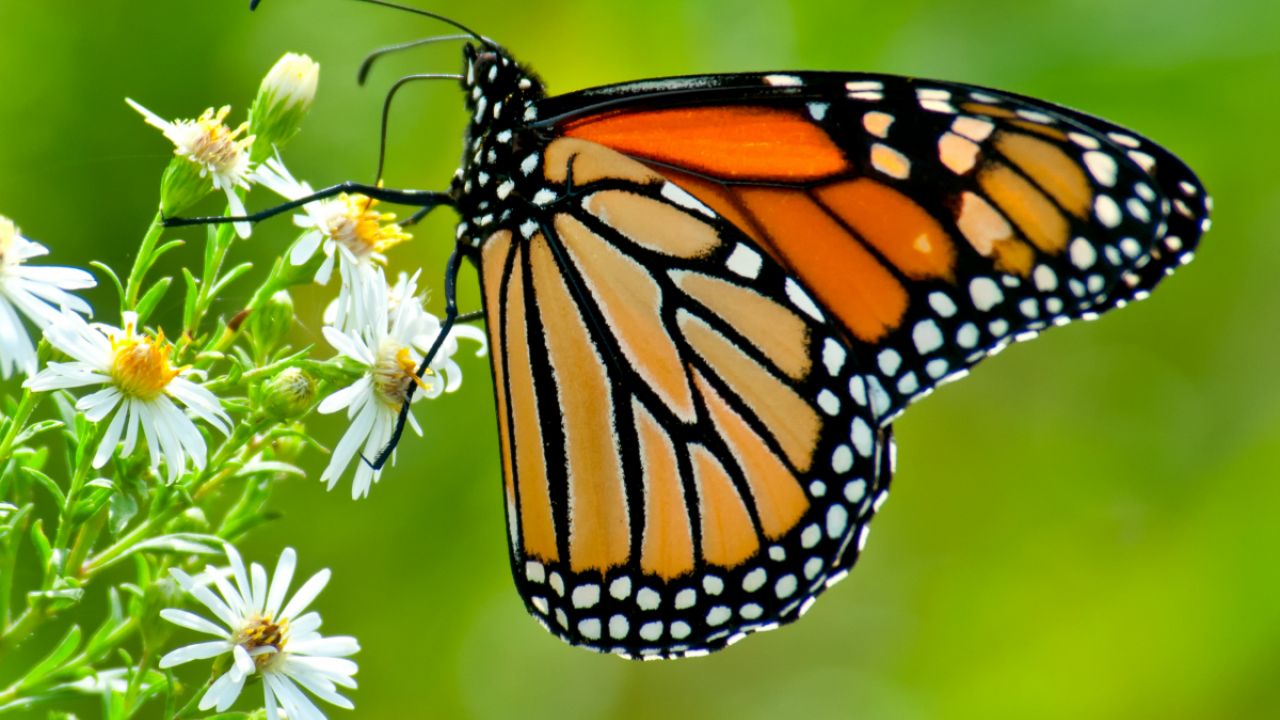 A new study (March 21) concludes that monarch butterflies may go extinct within two decades, largely as the result of widespread adoption of herbicides used with genetically modified corn and soybeans in the United States.

The population of the majestic orange and black butterflies has dwindled to just 20 percent of what it was before the mid-1990s. Although climate change and deforestation have also played a role in the decline, several studies have shown that a major driver has been massive use of glyphosate, the toxic weed killer widely sprayed on GMO crops.

The explosion in glyphosate use has killed off the milkweed plants where monarchs lay their eggs. The study said the dwindling monarch population is “predominantly attributed” to the loss of milkweed breeding habitat, especially in the U.S.

"Declines in milkweed abundance are well documented and highly correlated with the adoption of herbicide-tolerant genetically modified corn and soybeans, which now constitute 89 percent and 94 percent of these crops, respectively, in the U.S.,” wrote the team led by Brice Semmens of the Scripps Institution of Oceanography in San Diego. University of Minnesota researcher Dr. Karen Oberhauser, whose work has repeatedly fingered glyphosate as a main cause of the depletion of monarchs in the U.S. and Mexico, is a co-author of the paper, published online by the journal Nature.

At a 2014 press conference in Mexico, Oberhauser said of the butterflies’ plight: “Tragically, much of their breeding habitat … has been lost to changing agricultural practices, primarily the exploding adoption of genetically modified, herbicide-tolerant crops in the late 20th and early 21st centuries.”

And glyphosate isn’t just threatening the butterflies that grace our gardens; it’s toxic to humans too, especially farm workers and their families. Last year the World Health Organization classified glyphosate as a “probable human carcinogen” based on research showing that people exposed to the herbicide are more likely to get non-Hodgkin lymphoma, a blood cancer.

Because the herbicide threatens vulnerable species like the monarch as well as the health of farm workers, consumers are demanding the right to know whether the food they buy was engineered to be doused with it.

Some major food companies are starting to listen and plan to begin labeling genetically engineered ingredients in the coming months. Congress should follow suit and create a national standard for labeling GMOs.