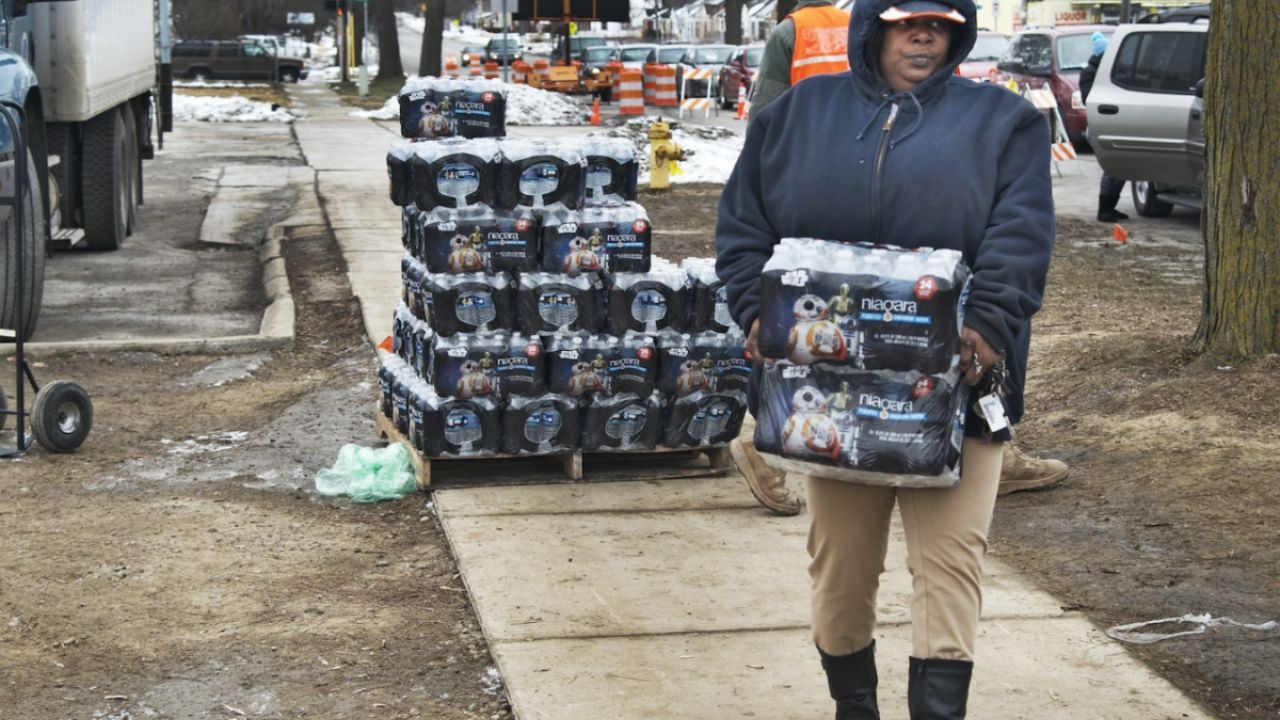 Last month, after a year-long investigation, former Michigan Gov. Rick Snyder and eight other officials were charged for their roles in the Flint water crisis – the environmental disaster that shocked the nation seven years ago. All nine defendants pleaded not guilty to 42 charges, including willful neglect of duty, manslaughter, extortion, perjury and obstruction of justice.

In Flint, extremely high levels of lead in the city’s drinking water had wide-ranging and severe health effects, including a community-wide outbreak of Legionnaires’ disease, a form of pneumonia. The children of Flint experienced serious and lasting health problems, including lost teeth. A study conducted by the state found that from 2014 to 2017, the share of third graders with reading proficiency plummeted from about 42 percent to less than 11 percent. Lead is a potent neurotoxin that can cause diminished IQ in young children.

The water crisis in Flint, a majority-Black city of about 100,000, is the “most egregious” example of environmental injustice and racism in recent history, says Paul Mohai, a University of Michigan professor who has studied the U.S. environmental justice movement for decades. The Michigan Civil Rights Commission’s investigation found that the water crisis resulted from “systemic racism that was built into the foundation and growth” of the city.

This sobering fact is true of the entire nation.

Environmental racism in America disproportionately burdens communities of color with health hazards and polluted environments through policies, structures and practices. As the Michigan commission said: “Environmental Justice requires that all people and communities receive the equal protection of environmental and public health laws, and should have an equal and meaningful voice in decisions related to their environment.”

Many of the most polluted places in our nation are close to or even in poor, largely non-white communities. According to a recent report by the Shriver Center on Poverty Law and Earthjustice, 70 percent of the country’s Superfund sites, America’s most polluted environments, are located within a mile of government-assisted housing, where a majority of residents are typically Black.

In EWG’s almost three decades, we have seen time and time again how racism lies at the root of many of the worst threats to public health. Here are just two tragic examples:

PCBs in a small Southern town

In Anniston, Ala., another largely Black community, carcinogenic PCB chemicals contaminated the soil and water for almost half a century, unbeknownst to the residents. The chemical manufacturer Monsanto routinely dumped toxic waste into a creek on the west side of town and released millions of pounds of PCBs into open landfills.

For decades, Monsanto deceived the residents of Anniston, attempting to cover up the extent to which their community had been contaminated by these toxic chemicals. When government and environmental laws failed them, community organizers had to take matters into their own hands and file their own lawsuits against Monsanto to ensure justice.

In 2002, EWG worked with local activists in Anniston to help draw attention to Monsanto’s decades-long deception and coverup of its PCB contamination, which ultimately resulted in a $700 million fine after the company was found guilty by the state of "negligence, wantonness, suppression of truth, nuisance, trespass, and outrage." Still, today Anniston remains one of the most toxic cities in the U.S.

In North Carolina, intensive hog and poultry confined animal feeding operations, or CAFOs, place an immense burden on the environment and the health of the residents in rural, poor and largely minority communities.

In 2016, in collaboration with Waterkeeper Alliance and local environmental justice advocates, EWG mapped the location of every swine and poultry factory farm in North Carolina, allowing residents to see for the first time how many CAFOs are close to their homes, schools, churches and places of work.

On the long road to environmental justice, the U.S. has far to go.

Following a vote of the Virginia legislature this week, a state “long associated with racist and segregationist behavior” is expected to become the first Southern state to declare that racism is a public health crisis. The sponsor of the measure, Delegate Lashrecse D. Aird, told USA Today that systemic racism "defines the Black experience in our nation and in our commonwealth." The resolution, she added, "provides the framework for all of us to formally and finally reckon with those injustices so we can build a more equitable and just society for us all."

To address systemic racism, we must acknowledge the role race and racism have played in our history and how they continue to affect the present; develop a deeper understanding of how structural racialization and implicit bias influence decision-making; and ensure that public concerns get heard and addressed. Until all communities are met with equal protection, racial equity and justice must be the foundation of environmental and public health laws and standards.