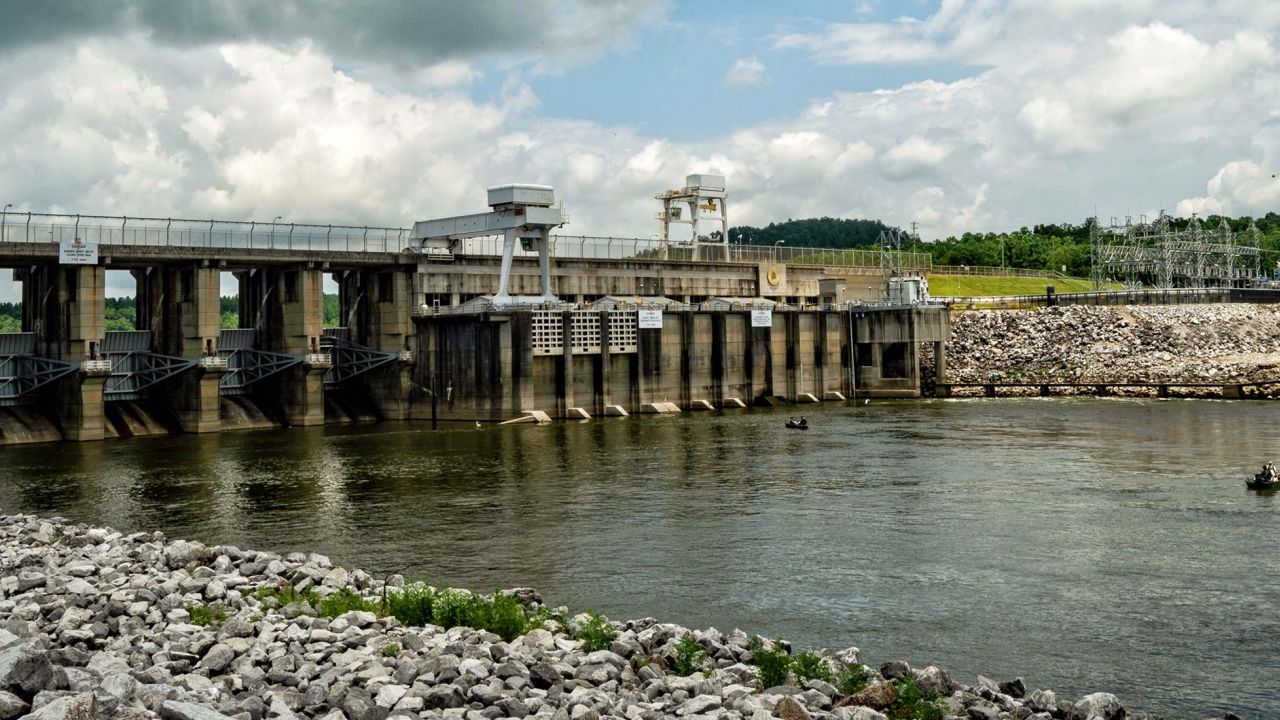 The story of Anniston is a cautionary tale. Monsanto's internal documents, many of which are being posted here for the first time for the world to finally see, uncover a shocking story of corporate deception and dangerous secrets. As The Washington Post revealed [Monsanto Hid Decades of Pollution" (front page, Jan. 1, 2002) and "In Dirt, Water and Hogs, Town Got Its Fill of PCBs" (Jan. 1, 2002).], Monsanto hid its advanced knowledge of the health effects and vast PCB pollution problems from the public and - most importantly - from its closest neighbors, the people of Anniston. While the documents provide a glimpse into Monsanto's corporate culture, a spokesperson for a Monsanto spin-off corporation, Solutia, has repeatedly asserted that the company is "really pretty proud of what we did" and that Monsanto "did what any company would do, even today."

The Monsanto-Solutia public relations propaganda being used to counter these revelations is replete with assertions that press coverage has been unfair, based on comments from its documents "taken out of context."

Now, the world can read the story of Anniston, in context, and in Monsanto's own words.

When big companies get enough bad publicity what do they do? They change their name, of course ... or do they?

Which Monsanto is the real Monsanto?

The Story on Monsanto

In its aggressive attempt to distance itself from the toxic skeletons in its closet, the "new" Monsanto Company claims that it's not the Monsanto Company that polluted the community of Anniston, Alabama and other communities. While its current parent company, Pharmacia, prepares to spin off Monsanto into an independent company, the ghosts of Monsanto's past continue to haunt it. This begs questions about the credibility attributed to any company daring enough to sport the name.

Despite this self-induced identity crisis surrounding the company name Monsanto, a quick look at the people involved reveals that essentially the same cast of characters has been with the (chemical) company since it was (old) Monsanto, including some executives who've worked for the company for decades.

It seems as if the "new management" isn't so new after all. Furthermore, Monsanto's chemical spin off, Solutia, also has several executives who came from the old Monsanto, including several who have been around since the days of Monsanto's peak PCB production in the U.S.

Apparently, Solutia is just as confused as we are. In March, 2001, the company posted its history on its website, saying "Although Solutia was created just a few years ago, it has a century-long history."

Wasn't it Monsanto that just celebrated its 100th anniversary? But wait, today, the same page on Solutia's website states that: "Solutia was founded in St. Louis in 1901 as Monsanto Company."

Almost the entire corporate leadership of Solutia has worked for Monsanto (the chemical company) since the days of PCB production, and the others have been with Monsanto since at least before the Abernathy v. Monsanto suit was filed in Anniston:

Another attempt by Monsanto to put distance between it and its past was communicated by the CEO of both the old and new Monsanto Hendrik Verfaillie. He wrote in a letter to the editor of the St. Louis Post Dispatch that the Monsanto (biotech) Co. "is a different company," "with new management" that "simply took the Monsanto name."

He also claims that "as a new company, we also committed ourselves to doing business in an open and transparent way ... embodied in the New Monsanto Pledge, our commitment to earn the trust of the communities we operate in."

What the CEO failed to mention is that the Monsanto Pledge was actually written back in 1990, when Monsanto (the chemical company) needed some fresh public relations to defend itself from bad press about its pollution problems. The pledge was virtually identical to the "new" company pledge issued in 2000, only it focused on chemicals instead of biotech. It included lofty promises such as:

Even more disturbing is Verfaillie's statement in his widely distributed letters to newspaper editors asserting that the new Monsanto is not connected to the trial in Anniston. However, Monsanto's 2001 proxy statement, states:

"We have assumed the following liabilities from Pharmacia . . .all liabilities from Monsanto that were assumed by Solutia or any of its subsidiaries on September 1, 1997 in connection with its spinoff from former Monsanto, to the extent that Solutia fails to pay, perform, or discharge these liabilities."
Monsanto's 2001 Proxy Statement, Appendix A.

Despite all the new (or old) company's best efforts, the name Monsanto will forever be synonymous with toxic chemical pollution and betrayal of trust for the people of west Anniston, Alabama and other polluted communities worldwide. As the Birmingham News editorialized on January 3, 2002:

"There's not a spin doctor alive who could hide the truth about Monsanto's wanton poisoning of the water and land in west Anniston."

Recent feature articles in The Washington Post, Birmingham News and St. Louis Post Dispatch have exposed the shocking details of decades of PCB contamination of the citizens of Anniston, Alabama. We will post on our web site, in a searchable format at www.ewg.org, many of the key internal company documents that reveal decades of corporate cover up, as reported in these articles.

The documents are particularly alarming when you compare the Anniston case to other places where PCB contamination has been treated as a major public health and environmental threat. Contamination in Anniston is estimated to be ten times higher than levels in the Hudson River of New York. Even though EPA, with the aggressive advocacy of New York's United States Senators, mandated General Electric (a former customer of Monsanto) last month to pay over $450 million for a dredging plan to clean up PCB contamination of the Hudson River, the Agency has refused to consider similar steps in Anniston. Monsanto's "voluntary" agreement with EPA has resulted in only a $40 million remediation program that does not adequately address the cleanup and public health concerns of the Anniston community.

This obvious disparity between EPA's concern for the people of Anniston and those living in Hudson River communities demands Congressional attention. Hearings on the Anniston case are needed to:

Given your position as the state's senior Senator and your service on the Senate appropriation committee dealing with environment and public health issues, we call on you to press EPA to undertake an effective and comprehensive cleanup plan that ensures the people of Anniston an environmentally safe, healthy and vibrant community in the future.

USEPA on Health Effects of PCBs

Chloracne is a rare acne-like skin condition caused by certain toxic chemicals including the dioxins. It develops a few months after swallowing, inhaling or touching the responsible agent.  (Picture of Chloracne)

Chloracne was still present in some workers 30 years after the original exposure. (Moses, 1984)

Evaluation of Polychlorinated Biphenyl Contamination in the Saginaw River

We have detected a polychlorinated biphenyl (PCB), Aroclor® 1254, in the biota, sediment, and water of estuarine areas near Pensacola, Florida. Only one source of the chemical, an industrial plant on the Escambia River, has been located.

In this paper we report the occurrence of Aroclor® 1254 in the estuarine environment and discuss its possible effects on some estuarine organisms.

[EWG note- Monsanto’s Pensacola plant on the Escambia River is the plant referred to in this study.  This is where shrimp were found to die rapidly at concentrations of just 5ppb of PCBs in the water back in 1969.]

This study will determine if PCB residues measured in robust redhorse eggs are adversely affecting the survival of the early-life stages of this species. It will also provide a survey of PCB concentrations throughout the habitat occupied by the species. Regulatory actions to protect water quality may be required for this watershed if reproductive success of this "Species at Risk" is significantly reduced by contaminant exposure to breeding adults.

BIPHENYL is produced together with polyphenyl by the pyrolysis of benzene.

It is sold as a constituent of heat transfer fluids, and is also used in the manufacture of these chemicals.

The ELEMENTS Network has extensive knowledge and experience from working an various polychlorinated biphenyl (PCB) contamination issues since the early 1980’s. Our philosophy is to provide industry with the most cost effective and practical means of resolving any PCB issues.

FOIA to OMB
Seeks information about meetings with OMB officials and Monsanto officials.

EPA document: Anniston Site Inspection Report (5 March, 1980)
EWG discovered documents that show that the EPA has known for at least 22 years that an estimated 10 million pounds of PCBs are buried in a landfill on the Monsanto site in Anniston. Yet, 22 years later, and three weeks after a jury verdict in a state court, the Bush EPA cut a deal with Monsanto that may severely undermine the power of the state court to order a comprehensive clean up.

For more information about Anniston, visit the Chemical Industry Archives.