Do the Chemicals in Your Sunscreen Damage Fragile Coral Reefs? 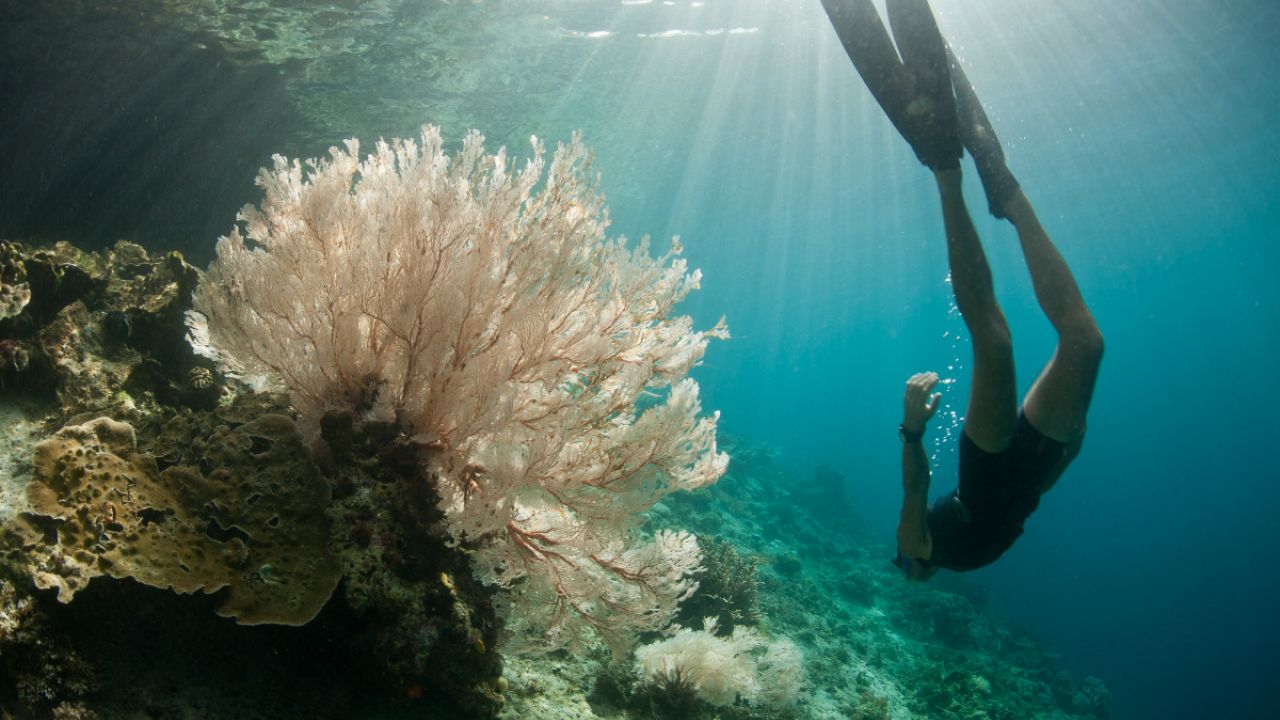 For 10 years, EWG has evaluated sunscreens based on how well they protect against skin cancer and whether they have ingredients that could harm your health. But there's another risk worth consideration: Recent studies show that some of the sunscreen chemicals people should avoid may also endanger coral reefs.

Coral – a living creature related to the sea anemone – isn’t just pretty to look at when you're snorkeling. According to the Smithsonian Institution, corals are crucial, irreplaceable homes for up to a quarter of all ocean species. The Smithsonian says they're also valuable to people, providing food, shoreline protection, tourism jobs and even medicines, which make them worth $30 billion to more than $170 billion a year.

Researchers at Haereticus Environmental Laboratory in Virginia and Marche Polytechnic University in Italy found that exposure to oxybenzone – a hormone disruptor and allergen in 70 percent of the non-mineral products listed in EWG's latest Sunscreen Guide – can cause juvenile coral to be fatally trapped in their own skeletons. The Italian study also identified butylparaben, octinoxate and a chemical called 4MBC, all commonly found in sunscreen, as toxic to coral health.

An estimated 25 to 60 million bottles worth of sunscreen chemicals wash off into coral reef areas each year. About 25 percent of sunscreen applied to the skin is released into the water within 20 minutes of submersion. When we shower, these chemicals wash off our skin and can pollute wastewater that ends up in the ocean as well.

The best way to protect the coral reef is to minimize sunscreen application, instead covering your skin with a long-sleeve shirt, rash guard and wet suit. Divers Alert Network, the largest scuba diving safety association, says applying lotion to only the neck, face, feet and back of hands can reduce sunscreen loads into the water by 90 percent.

If sunscreen must be used, EWG agrees with the recommendations of the Professional Association of Underwater Instructors and the National Park Service that you should use sunscreens that use zinc oxide or titanium dioxide. Avoid sunscreens that contain oxybenzone, octocrylene, 4MBC, butylparaben and octinoxate.

Though some sunscreens say they're "reef safe," those claims are unregulated and can be deceptive. Be sure to visit EWG's Best Beach & Sports Sunscreens -- the majority of the products on the list meet the criteria for reef-friendly products.